Our trip up the West Coast of Australia with Red Earth Safaris (read Part 1 or Part 2 here) was a fantastic introduction to this vast and wonderful country. Months later, it still tops our minds as one of our favorite experiences in Australia, and we recommend Terry’s tour to any traveler we meet headed that direction.

In Perth, we were lucky enough to visit and stay with Erik’s American friend, Amanda, who he met while living in London, but is now living in Australia with her Scottish husband. Follow all that? We have been so fortunate on this leg of our trip to be able to visit with so many friends living on this side of the globe.

So after our spectacular 8-day trip to Exmouth and back, we were happy to visit Ron and Amanda. I’d only met them once before when they made a brief stopover in New York City. They graciously invited us to stay with them for a few days. It was so nice to catch up with them, relax, get some laundry done and start planning the rest of our Australian adventure. 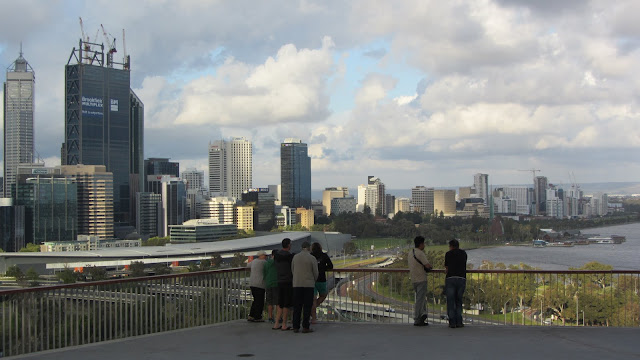 We had some great dinners and drinks in their cute part of Perth, Mount Lawley, and it was so nice to see them. We had wanted to explore the Margaret River wine valley, so we took a TransWA bus from Perth to Margaret River. Not quite as easy and convenient as Greyhound, but it worked. 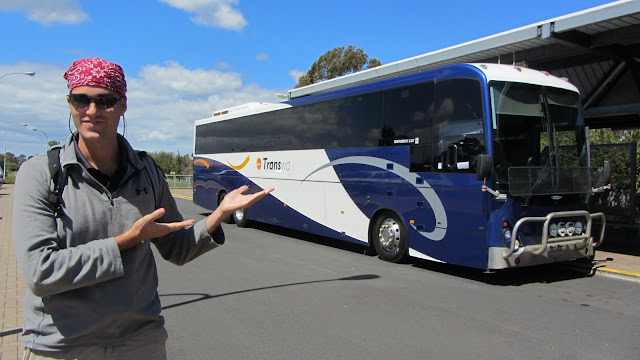 We checked into our hostel and explored the town, stopping for lunch and a glass of local wine. We were shocked at the prices here, and would be for the rest of our time in Australia. We knew it would be expensive, but what we didn’t know was just how expensive it would be. 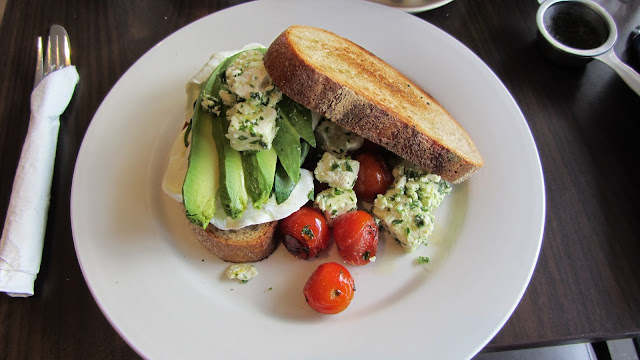 The next day we booked a tour of the wine region with Bushtucker tours. The wine tour was a lot of fun and we got to sample wines from about 5 vineyards in the Margaret River area. It was so nice to be drinking wine again, after really only drinking beer since arriving in Bangkok in May. 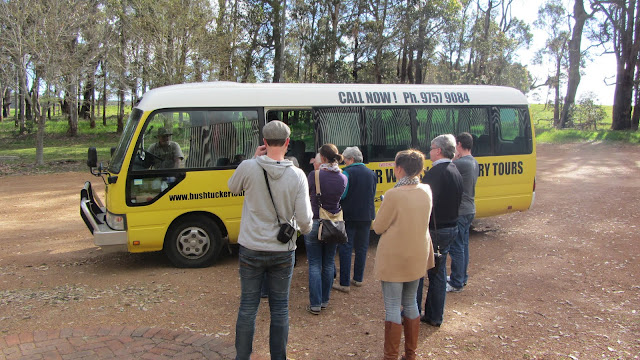 This area is just one of Australia’s many wine regions and our first to explore. The region is known for its sweet, crispy Semillon Sauvignon Blanc blends, and the lush and full Shiraz. At Knotting Hill winery, we were served a delicious full Australian lunch, and got to sample Australian delicacies including kangaroo, bush turkey and some very adventurous people even tried Australian witchetty grubs from the Outback (think worms they eat on Fear Factor!). We just took photos of that part. 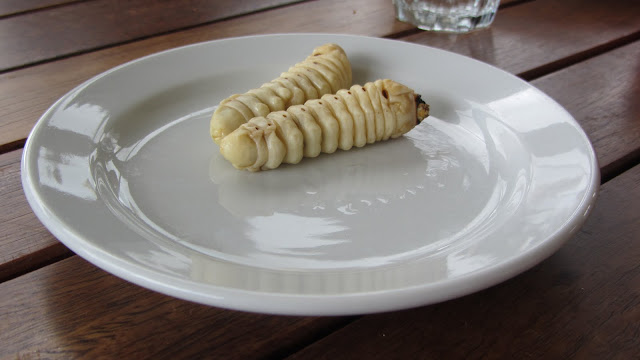 The lunch was outstanding and the setting was glorious. Panoramic views of the vines and the pond all while sipping a Knotting Hill wine. 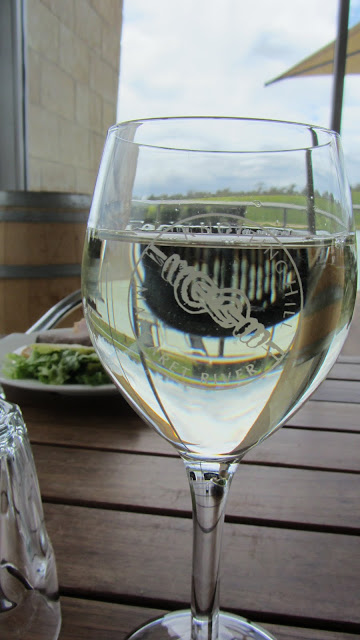 Also while in the area, we decided to go on a whale-watching tour. Since visiting Antarctica, we have been mesmerized by whales. They are such gentle and glorious creatures, and knowing how many there are around Australia, I was determined to see as many as we could while here. From Margaret River, we had to take a local bus to Busselton to catch the boat. We wound up having to walk for two hours in the hot sun to the pier. There were only 7 of us on the boat, but we only saw a couple of whales. It was pretty disappointing and in the end, not worth the effort of getting there. 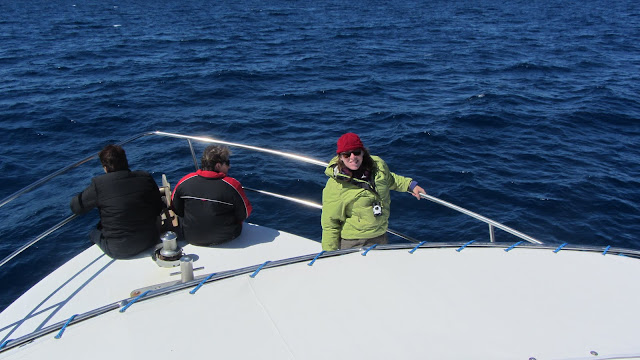 We had heard of a good whale-watching tour that left from from Freemantle in Perth, as well. After the disappointment in Busselton, we decided to give it a go. That tour was phenomenal! The boat was quite full, but we saw a good number of humpbacks, and some from very close to the boat. 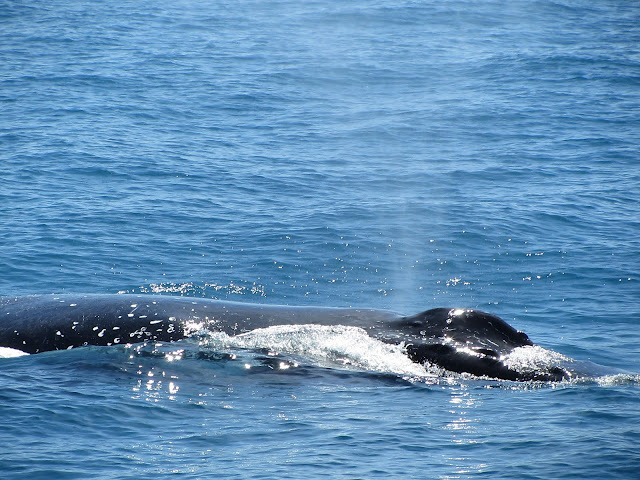 It was wonderful! It actually was a better tour than the one in Margaret River, and we were glad we had decided to give it another shot. We even saw a large humpback fin-slapping right next to our boat! There are no words when you are so close to such a beautiful, gentle giant. 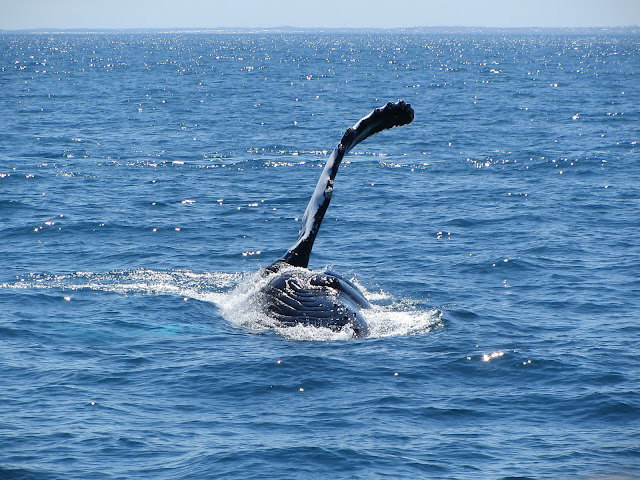 We had a great time in Western Australia, Perth and Margaret River. It was now time to hop on a plane and start our journey down the East Coast, starting with The Great Barrier Reef!