From beautiful Dunedin and the stunning Otago Peninsula, we made our way south and east to the very southern tip of New Zealand. This remote corner of the country is very sparsely populated, and its main attraction is its abundant wildlife.

After a hour and a half drive to the region’s biggest town (really nothing more than a village), we arrived at sleepy Owaka and set about finding a place to rest our heads for the night. As one would expect of such a small town (population: 400), there aren’t a lot of accommodation options. 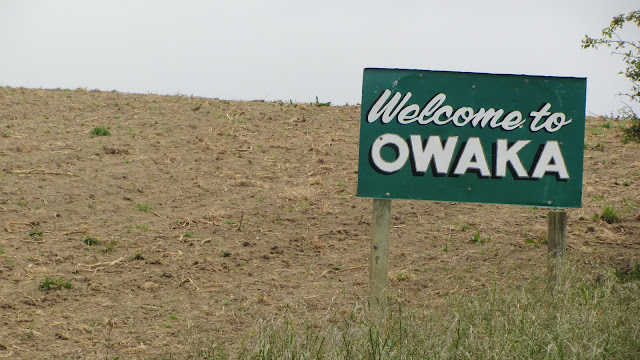 We settled on the Thomas’s Lodge and Holiday Park YHA Catlins Coast, situated in a large complex on the edge of town. The place was huge, and eerily empty. It was pretty obvious this hostel was formerly a retirement home, with railings running along all the wide hallways, emergency call buttons in each room, and handicapped-accessible bathrooms. Clearly, little work had been done in converting this property to a hostel and we were both a little weirded out thinking about the former inhabitants of our bed and room. 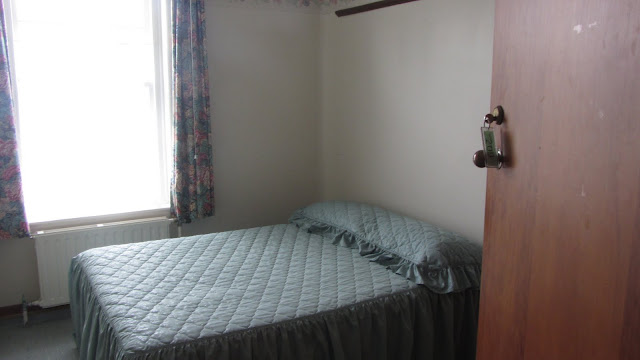 There wasn’t much to see or do in Owaka, but we did hear about a yellow-eyed penguin colony at Nugget Point, about 15km away. The best time to see penguins is at sunset, when they return to their nests after a day hunting fish out at sea. Not wanting to miss another opportunity to see our cute tuxedo-clad friends, we set off on the bumpy and dusty dirt road cutting through to the colony (sadly on the same day we decided to wash our car). 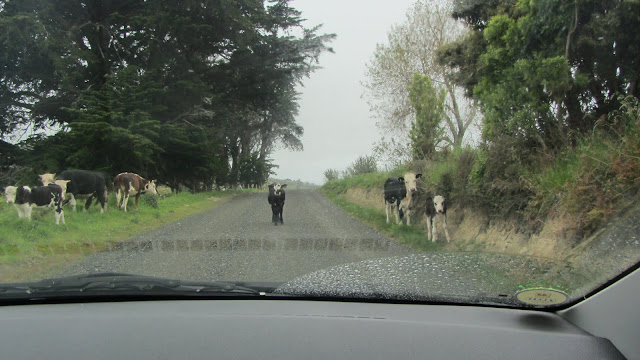 After a disappointing experience trying to spot yellow-eyed penguins near Oamaru, we had low expectations of seeing many of these rare birds. Needless to say, we were very surprised to see one walking along the beach as soon as arriving at the lookout point and hide built on a nearby cliff.

Over the course of the night, we saw a grand total of seven of these shy penguins, with their distinctive yellow markings. Their loud, undulating call earned them the name “Hoi-ho” in Maori, and most of them sound like they swallowed a kazoo. 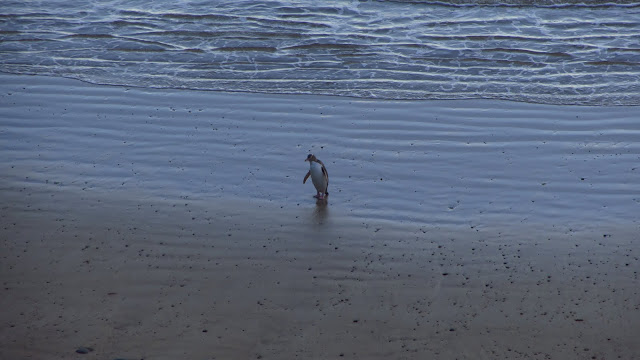 With the sun dipping below the horizon, we jumped back in our car and headed for the creepy hospital-cum-hostel. As we walked through the long, dark hallway back to our room we tried not to think about who might have died in our room. Needless to say, it was hard falling asleep that night; Heather was more than a little freaked out when she had to get up in the middle of the night to march down the empty hallway to the bathroom. 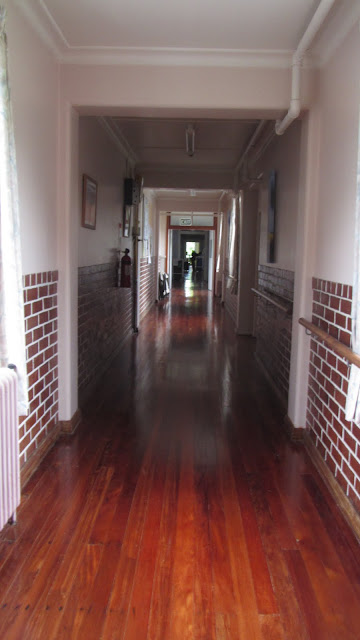 Luckily, we survived the night, and got an early start the next day in order to squeeze in a full day exploring more of The Catlins.

Our first stop was Tunnel Hill, an old railroad tunnel built in the late 1800s. By the 1970s, the train line no longer ran through here, and the tunnel was opened up as a hiking trail, allowing visitors to hike the 240m (790 ft) from one end to the other. We walked a bit into the tunnel and could see the proverbial light at the end, but were still a little weirded out after our night in the nursing home hospital and decided we had had enough. 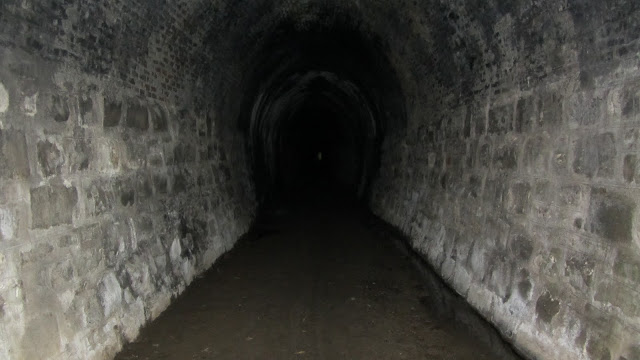 Our next stop was Cannibal Bay, on the hunt for elephant seals. Unfortunately, at this point the weather had begun to turn cloudy and rainy and we didn’t spot any. 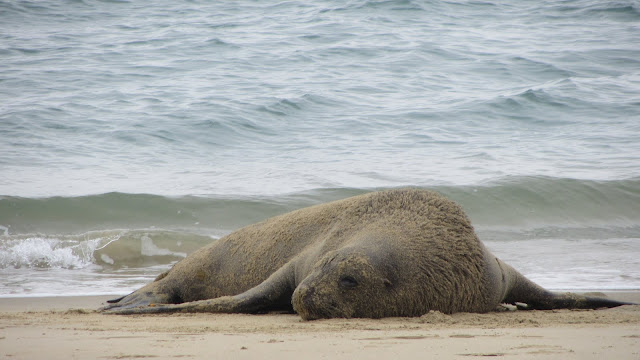 Back in the car, and a short while later we arrived at beautiful Purakaunui Falls. While these multi-tiered cascades aren’t particularly large or high, they were stunning nonetheless. We went a little wild with our cameras here and snapped a lot of photos. 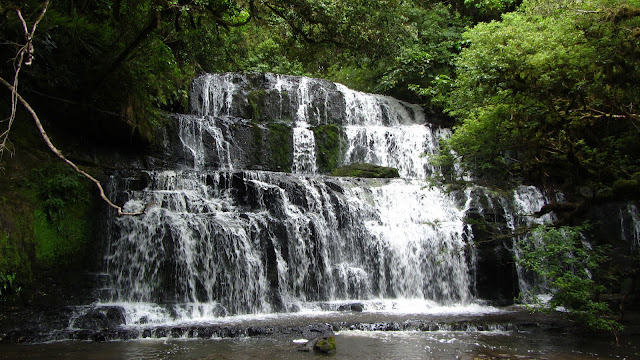 As we headed further south towards the very southern tip of the South Island, we tried to stop at Cathedral Caves. These impressive sea caves are supposed to be an amazing sight. Unfortunately, they are only open a couple hours each day around low tide. Since we were trying to pack in a lot that day it was impossible for us to stop. 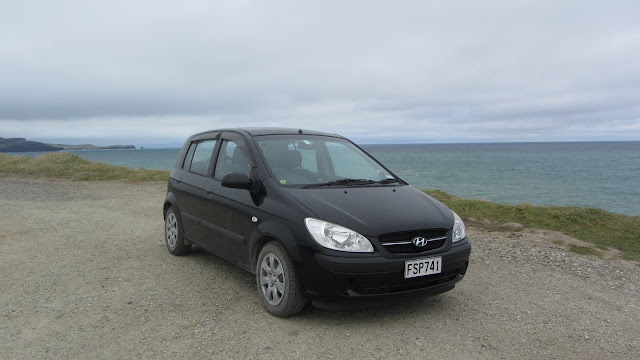 Continuing on, we reached Porpoise Bay, where dolphins can be found, well, porpoising. Once again, though, the weather was not co-operating and we weren’t able to spot any. From there, we only had to drive a few hundred meters to Curio Bay, a fossilized forest right at the ocean’s edge. 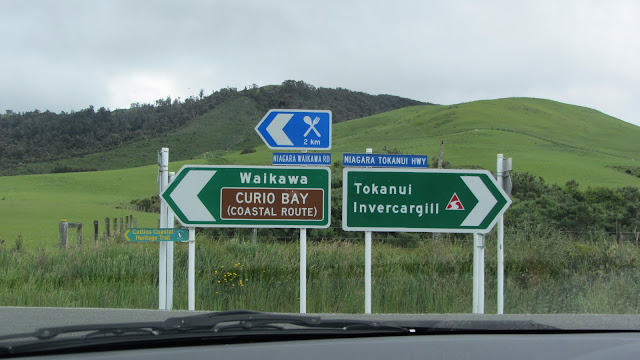 Here, a number of factors combined to preserve parts of an ancient rainforest. First, a volcanic eruption some 180 million years ago blanketed the area with ash. This was quickly followed by a devastating flood, which was then followed by a number of mudslides (lahars) from surrounding volcanoes. The original wood absorbed silica minerals and turned into stone. Over many millions of years, the Gondwana super-continent which contained New Zealand and this forest slowly broke off and drifted away. In the past 10,000 years, coastal erosion wore away the sandstone and clay on top, revealing the petrified remnants of this Jurassic forest. 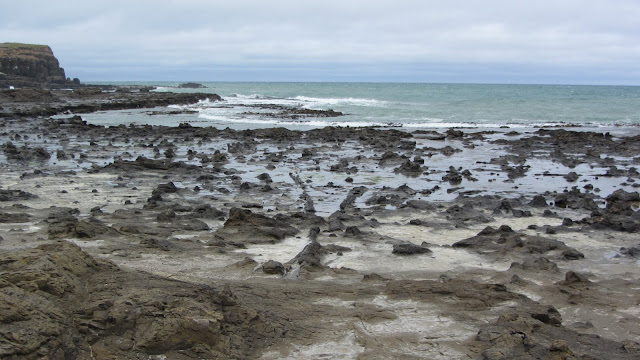 We walked around the stumps and felled trees which have now been turned into rock. In places, it’s possible to still see tree rings, fern leaf imprints, and details from the original bark. It was amazing to think that this forest was standing at the time of the dinosaurs. 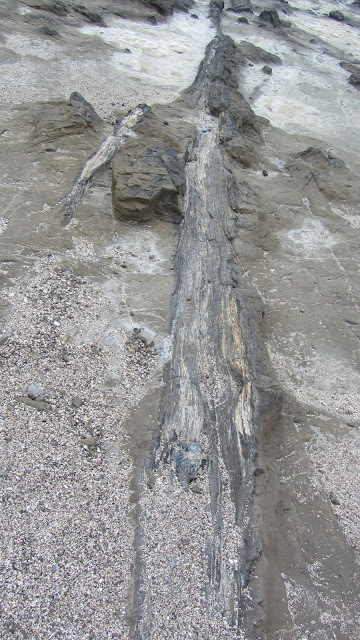 In addition to this mind-blowing petrified forest, Curio Bay also featured a small colony of yellow-eyed penguins. We must have had incredible timing, as we were able to see five of these guys walking around and coming in from the sea. Unlike our previous experience at Nugget Point, here the penguins were a little less shy, and allowed us to stand fairly close to them as they went about their business. 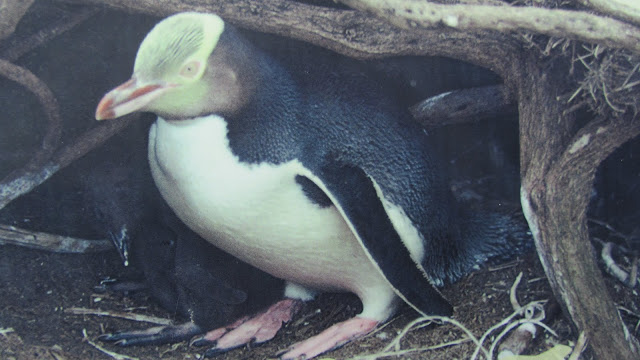 We were also fairly lucky to bump into a couple of Department of Conservation (DOC) rangers, which shared their knowledge about Curio Bay, the penguins, and New Zealand in general.

With a lot of ground still left to cover, we pressed on. On our way to Invercargill, the southernmost city in New Zealand, we spotted a sign for “Niagara Falls” and just had to stop. 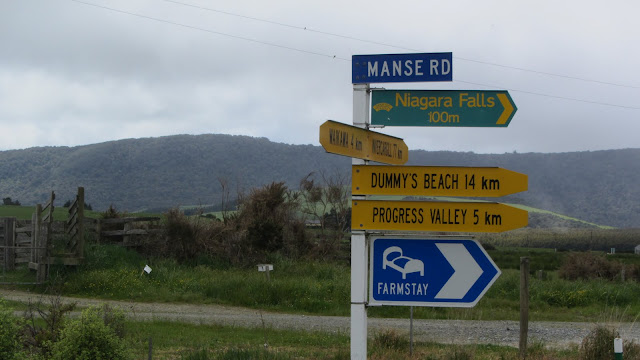 Unfortunately, this turned out to be a bit of a joke, and was nothing like the North American counterpart. Apparently they were named by a surveyor with an obvious sense of humor that had seen the “real” Niagara Falls. Oh well. 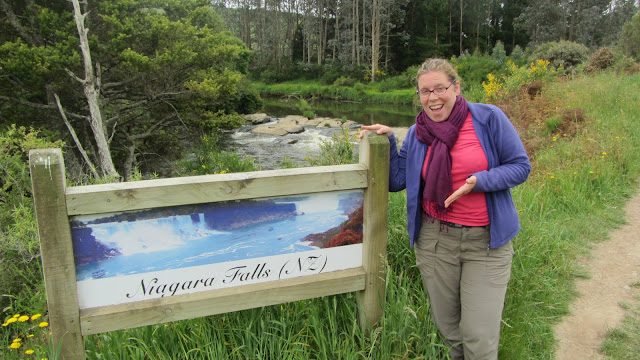 After re-stocking on a few supplies in Invercargill, we pressed on for Te Anau, the Fiordlands, and the world-famous Milford Sound.