We left the cool hills of the Cameron Highlands, eager for more island time in Malaysia’s Perhentians. These two islands – Perhentian Kecil (small island) and Perhentian Besar (big island) – are in the country’s Northeastern border, close to the Thai border. But unlike the party-hardy islands of its neighbor to the North, these smaller, quieter, tropical playgrounds are much less developed and move at a slower pace.

Some examples – here you will find no cars or motorbikes, no ATMs, only a small handful of restaurants, an even smaller number of bars (this is, after all, Muslim Malaysia), vibrant aquatic wildlife, awesome diving, powdery white sand beaches, and perfect turquoise waters.

After a long day’s drive from the Cameron Highlands, we arrived at the jetty in the tiny town of Kuala Besut with just enough time to catch the last speedboat to the islands. We climbed into the 15-passenger boat and donned our lifejackets. The captain asked us if we were “ready to fly?” and within seconds we were shooting across the water at a fast pace, hanging on for dear life and praying our bags wouldn’t fall into the water. 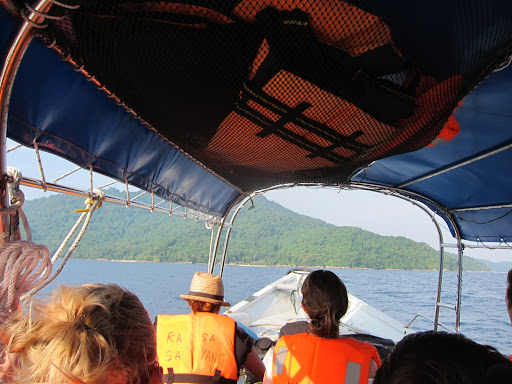 Thirty minutes later, we were pulling into our scheduled stop at Coral Bay. We grabbed our bags (dry, luckily) and checked out the half-dozen or so lodging options, before finally settling on Senja Bay at the far end of the beach. At $33/night, we thought it was a bit expensive for a basic fan room in Southeast Asia, but the beautiful sunset views looking out over the ocean from our balcony made it worth every penny. 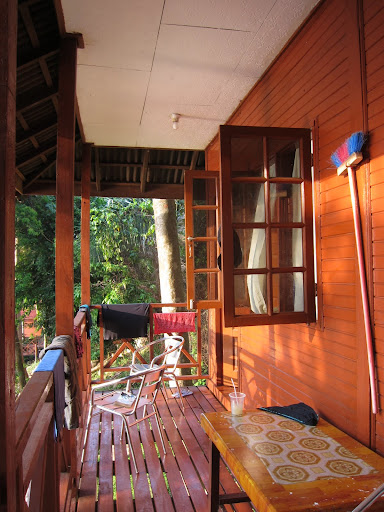 The next morning, we decided to explore the other side of the island, and trekked over a small footpath to Long Beach. There, we were greeted by the best beach we’ve encountered so far in Asia – with warm, smooth, crystal clear water, and (as the name implies) a long stretch of pristine white sand. 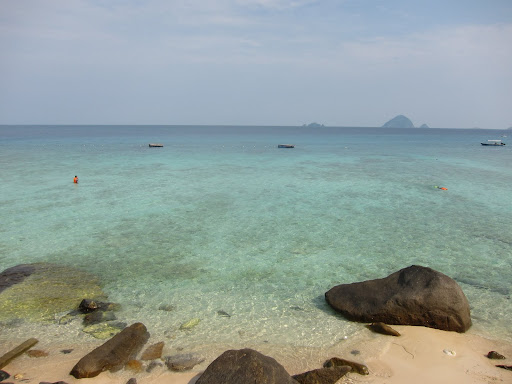 Having heard great things about diving in the area, I booked a few dives with a dive shop on Coral Bay. Among the highlights was Sugar Wreck, a 90m (300ft) cargo ship that sank some ten years ago. We were able to swim through the massive cargo doors and up into an air pocket, where I had the strange sensation of being able to momentarily take out my regulator and talk with my dive buddies. Previous divers had left a bottle of monkey juice (local rum), but none of us had the courage to take a swig! 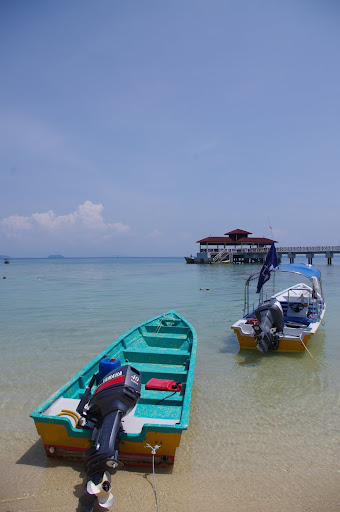 Best of all – the dive sites here were relatively quiet, without the long line of massive dive boats like you find in Thailand. And with fewer divers scaring away the fish and destroying the reefs, there was a lot of colorful underwater life to see.

Having had such a great experience diving, I convinced Heather we had to go snorkeling. Some of the best snorkeling can be found right around Coral Bay, so we rented two sets of gear and had a look, intending to follow a path one of the divemasters had recommended. But, within a minute, we saw a small black tip reef shark (1-2m), which scared Heather right out of the water. It took her a while to calm down after that, and I even went in to scout around the whole area, finally assuring her it was OK to come in again. But once again, just as we went in again together, we saw another shark, and she decided to call it a day! 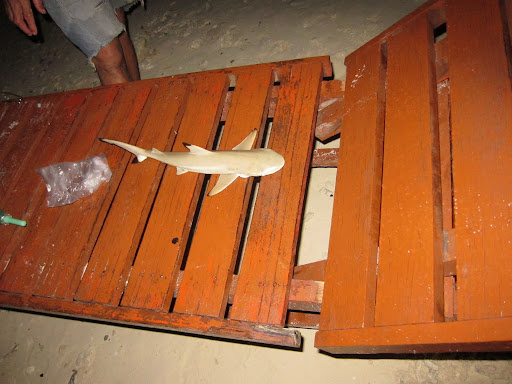 While snorkeling off the beach was out of the question, I was still able to wrangle her into joining one of the daily snorkel tours, which circumnavigates both islands.

It was a little funny, then, that the first stop was at a place called “Shark Point”. Heather decided to stay on the boat while I checked out a few more of the harmless reef sharks. Magnificent creatures. 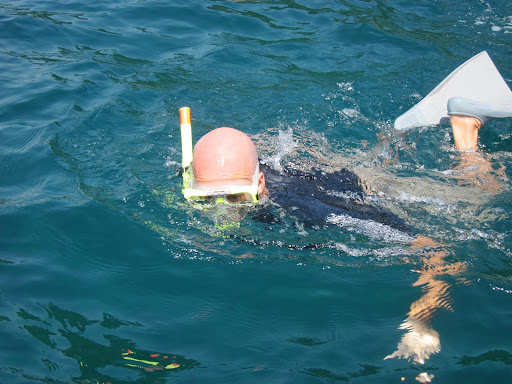 On our way back from “Shark Point”, the boat captain brought us over a sandy-bottomed area between the two islands, where we started searching for the outline of a turtle in the waters below. Many Green Sea Turtles visit the Perhentians every year, where they surface on the beaches to make nests and lay their eggs. We jumped in the water twice to follow a couple beautiful turtles gracefully flapping their fins and flying through the water. 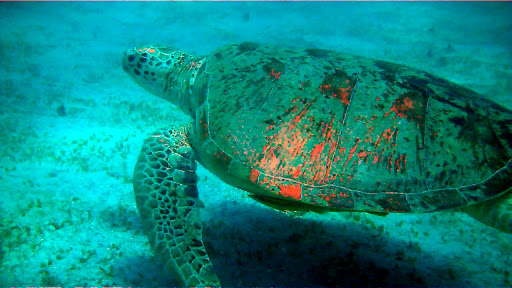 The other stops around the two islands were also spectacular – we were treated to many clown fish, blue-spotted rays, trigger fish, puffer fish, and so much more. It really did beat the pants off anything in Thailand.

Other than lounging on the beach, diving, and snorkeling, we took it easy on low-key Perhentian Kecil, enjoying barbeque dinners on the beach, amazing sunsets, and a couple brilliant thunderstorms. 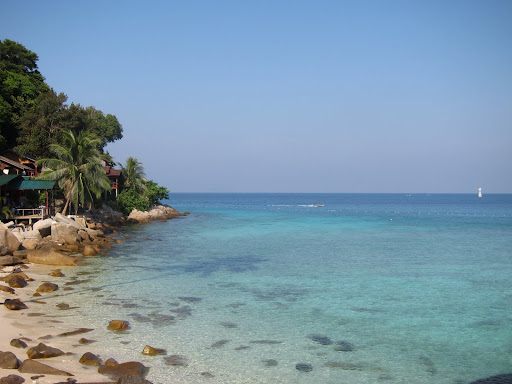 We could have stayed there forever, but after nearly a week on this tropical paradise, it was time to move on. With no banks or ATMs around, cash is king here, so with a dwindling supply of ringgits, we found a boat which could take us to its bigger neighbor for a few days – Perhentian Besar.

video from inside El Pipila overlooking Guanajuato19-May-2010 20:01
View at Picasa