After our second year on the road in Southeast Asia and Australasia, we started looking at flights home. After scouring different flight search engines and airlines, we noticed the cheapest flights all seemed to go through Hong Kong. Going one step further, we figured out we could fly Asiana Airlines and get a free stopover in Seoul, South Korea. Score!

It was sad to be finally leaving Southeast Asia. After so much time there, the region had started to feel comfortable and familiar to us. In a way, we were also sad to be heading home and leaving behind this interesting and exciting life on the road. But before we got too depressed, we were going to celebrate! Heather would be celebrating her birthday while we were in Hong Kong, so I surprised her with a very swank hotel stay at The Langham in Kowloon.

Having just spent the previous three weeks in Burma, where basic infrastructure is sorely lacking, fast-paced and high-tech Hong Kong came as a bit of a shock to the system. We had just spent the previous few weeks completely offline, with no internet access or real connection with the outside world. Here in Hong Kong, there was free WIFI on the airport bus into the city! We got to work downloading the huge backlog of email messages and catching up on Facebook. 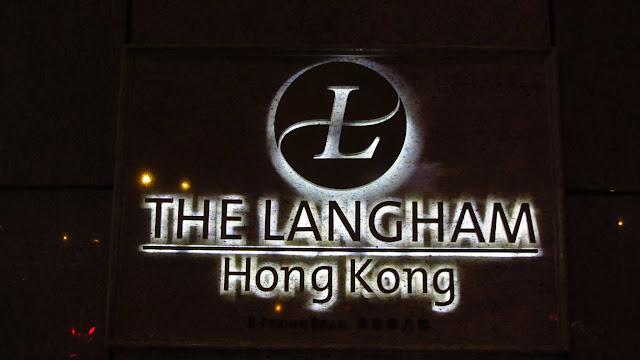 Stepping off the bus, we were surrounded by glowing neon signs in every direction, swarms of people moving every which way, and what has to be one of the most striking skylines in the world. Already, we were enjoying the buzz of this major metropolis. 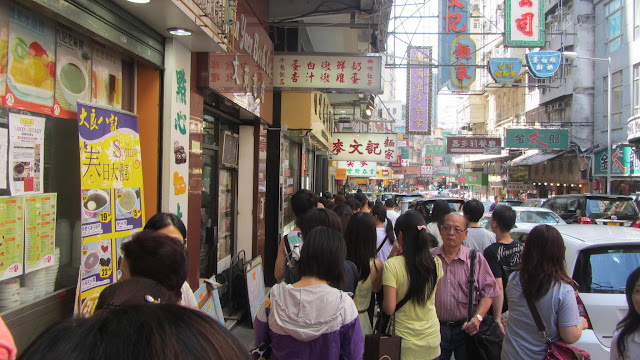 We found our hotel, located in a swank part of town surrounded by high-end designer fashion stores – the Louis Vitton here is the second biggest in the world, only slightly smaller than their Paris location. 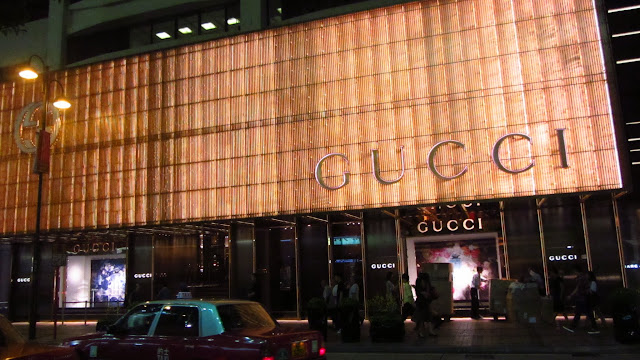 I’m sure we looked a little odd as we strolled into the five star Langham Hotel schlepping our beat up backpacks. Nevertheless, we were given a fantastic room and settled in for the night. 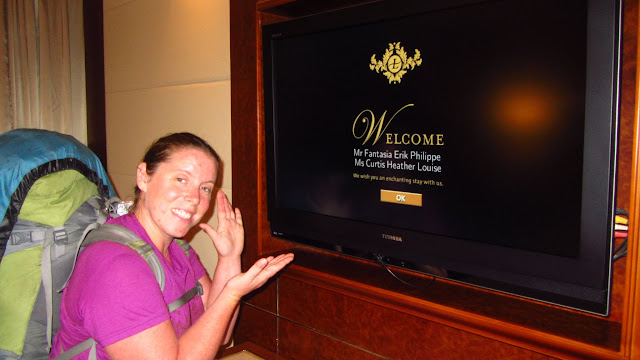 Tired from the journey, we picked up a quick bite to eat and relaxed in our swanky hotel room, ready to tackle the city the next day…