After an exhausting 15 hour journey from New York City, I found myself in New Delhi, India, ready to start my big adventure around the subcontinent. First though, I would need to get to the backpacker haunt, Paharganj.

Terminal 3 at Indira Gandhi International Airport is incredibly modern, full of high-end fashion retailers and expensive coffee shops. Not exactly the India I was imagining.

After withdrawing some rupees from one of the airport’s ATMs, I had a little problem. The ATM had only given me 1,000 rupee notes (about US$15). I would need small change to pay for the bus ride in, so I stopped by the British bookshop WH Smith in order to buy some snacks and try to offload the note.

“Sorry, sir, do you have anything smaller?”

No luck here – at a huge, multinational retailer. Why do they never seem to have any change in the developing world?

Finally, I was able to offload the note at a different store. I found the airport bus, paid 75 rupees for a ticket, and asked to be dropped off by the train station. 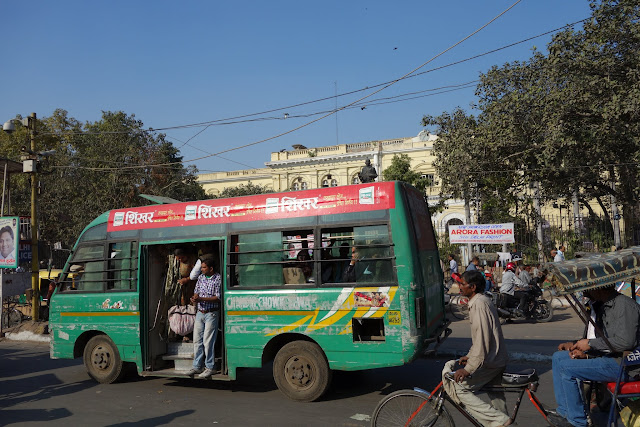 Forty-five minutes later, I was let off on the side of a very busy road, next to a dog that I’m pretty sure was dead. This was a far cry from the sanitized modernity of Indira Gandhi International Airport. This was it – the real India!

I followed the crowds of people, past the beggars, the street children, and the families sleeping inside the train station. They require everyone entering the station to put their luggage through an X-ray machine, though it’s pretty clear this is all for show and nobody is really checking anything. I had to climb the pedestrian overpass and walk over the huge number of tracks to the other side and Paharganj. 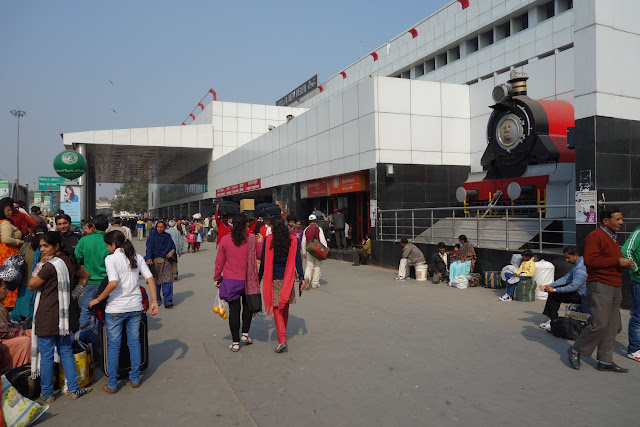 Dodging in an out of an endless stream of honking cars and motorbikes, I somehow crossed the street on the other side and started walking towards my guesthouse.

Can there be anywhere else in the world that is such an assault on the senses? Those who know the country of old just go about their business, but nothing can prepare the uninitiated for this riot of noise and color, for the heat, the motion, the perpetual teeming crowds. 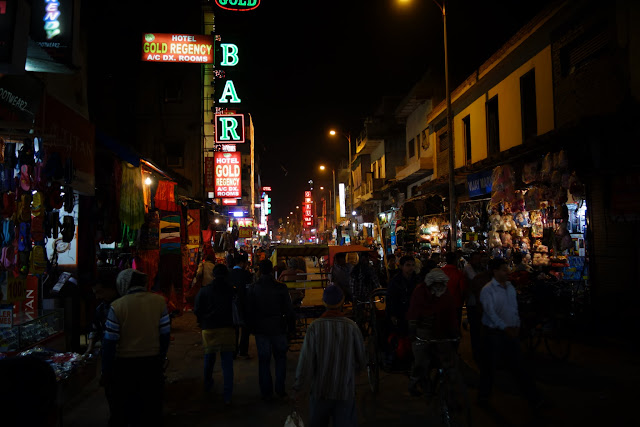 Paharganj is a favorite haunt for backpackers, with cheap accommodation, international restaurants, and easy access to Connaught Place and the Railway Station. First popularized in the 1970s by those on the Hippie trail, it has become a true backpacker ghetto, and the first stop for many on their touchdown in India. 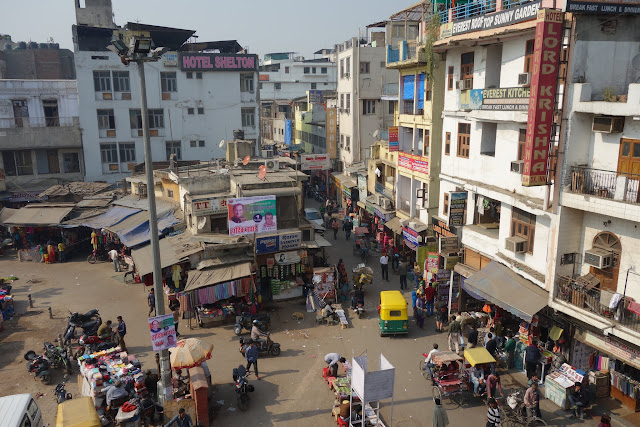 While it may not be the most attractive part of the city, Paharganj is a good place to get started. I had easy access to the metro system, enjoyed a couple decent meals at the rooftop cafes, and was able to buy a SIM card for my mobile phone here.

2 thoughts on “Touchdown in Delhi, India – The Paharganj Backpacker Ghetto”