Our last stop in Malaysia before heading south to Singapore was the old colonial city of Malacca (or as it is know these days, Melaka). Like Penang, this city was a strategic port for Malaysia’s colonial powers, first for the Dutch and later for the British.

The meandering Melaka River snakes through the city and splits off into a number of canals. This extensive network of waterways was an important feature to the old city, with most of the historic buildings located along it. Our hostel was conveniently located on the river, offering a tranquil view from its balcony and easy access to the riverside walkway. 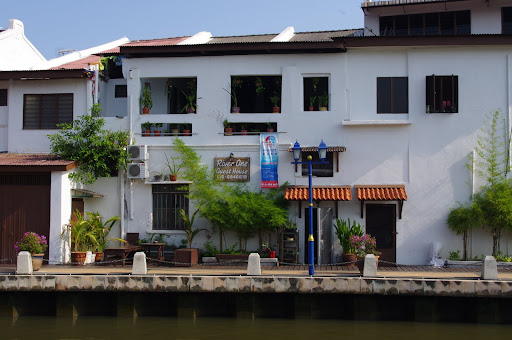 The modern day population of Malacca is predominantly Chinese, and the city is renowned for its cuisine. It is probably most famous for its Hainese chicken rice balls – small chicken meatballs about the size of a ping pong. We tried a plate of them at one of the popular establishments on Jonkers Street the first night, I quite liked the chicken, but Erik was less than impressed. 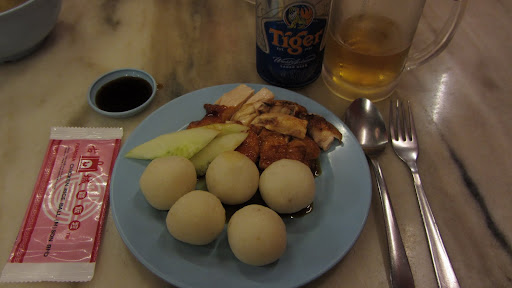 After dinner, we headed to the Night Market. Here we found some tasty freshly fried potato chips they called “pagoda potatoes” that had just been carved from raw potatoes using this curly-Q type device. The potato chips come on a stick warm and you can ask for a variety of toppings (cheese, chili, salt, etc.). Why don’t they have these on the streets of New York? An idea for Erik and his ever-growing list of ideas of street-carts we should run when we get back to New York. 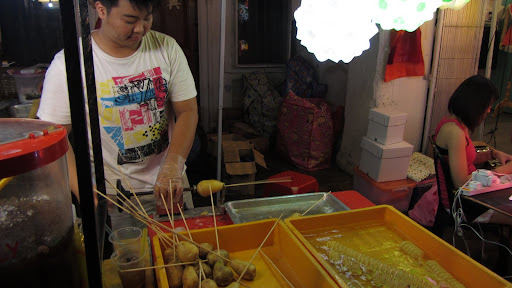 After the blocks of food stalls, souvenirs and craft items, we stumbled upon what we took to be a huge karaoke competition, as an older gentleman belted out a familiar local tune in front of a huge audience. 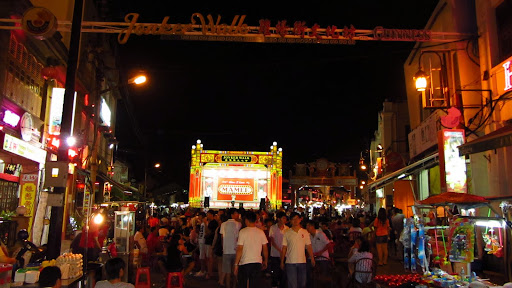 We had been warned against taking one of the river boat tours up the Melaka River, but decided to give it a shot anyway. After boarding the boat, we soon realized the tour was entirely in Chinese. The tour guide tried to offer a few comments in English, but otherwise we were left trying to figure out what the rest of the boat was pointing at or laughing about. We did manage to spot some small turtles and a few lizards swimming in the water and lounging in the trees and on land. To make matters worse, the boat unexpectedly terminated a couple miles upstream instead of making a round trip as we had been told. 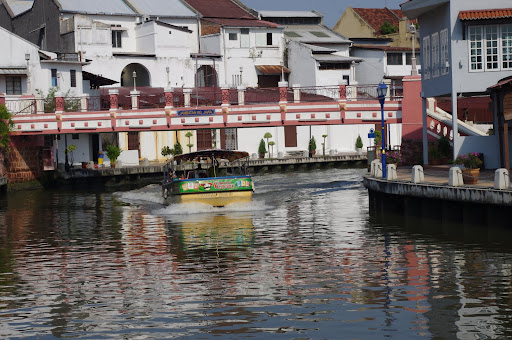 Alas, the best thing we did in Malacca was simply walk around. We found an old Lonely Planet with a suggested walking tour, and spent the better part of a day roaming the city. 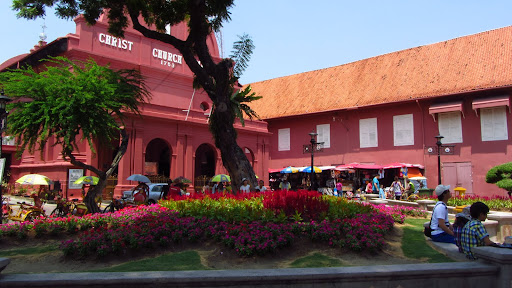 Among the highlights were the old shopkeepers houses. 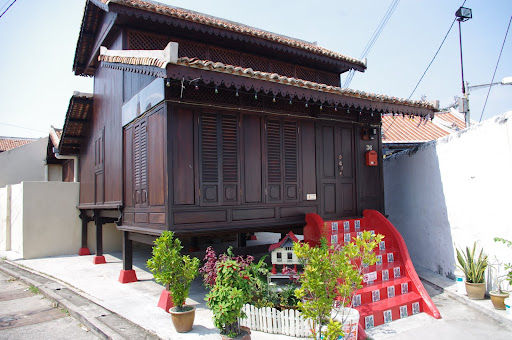 Along with the colorful temples, mosques, and churches. 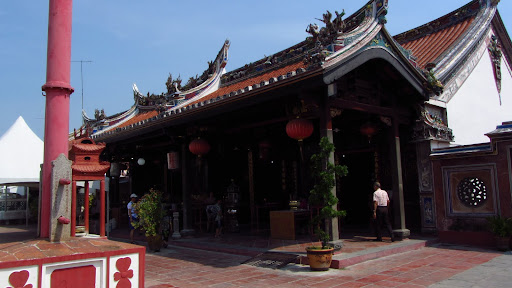 And, of course, the ruins of the old fort that once secured Malacca’s place as an major Asian trading port. 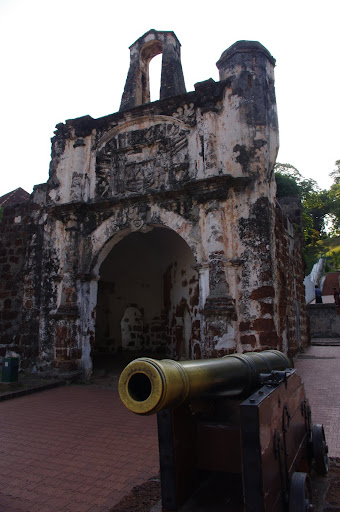 Saying goodbye to Malaysia, we were excited to see what another large cosmopolitan city had in store for us – next stop Singapore!

2 thoughts on “The “Venice of the East” – Malacca, Malaysia”