With year-round warm weather, a never-ending stretch of beautiful beaches, luxurious high-rise hotels and apartments, and a number of major theme parks, it’s easy to confuse The Gold Coast, Australia for Florida, USA. This tourism hot spot, sitting near the New South Wales border in Southern Queensland, has been dubbed “The Miami of Australia,” attracting nearly 10 million visitors per year. 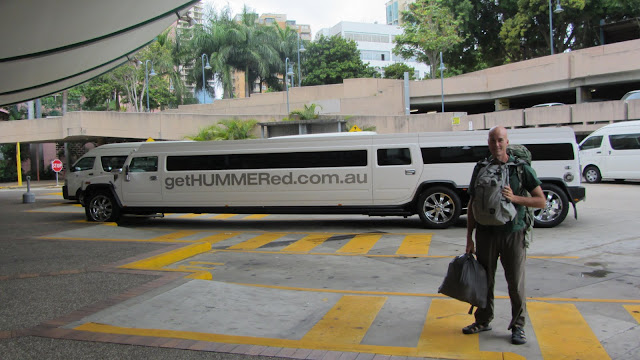 We originally decided to skip the Gold Coast. Why travel to the other side of the world to visit an Australian replica of a Florida resort city? We did not set off on this trip to see shopping malls, chain restaurants, night clubs, and amusement parks. 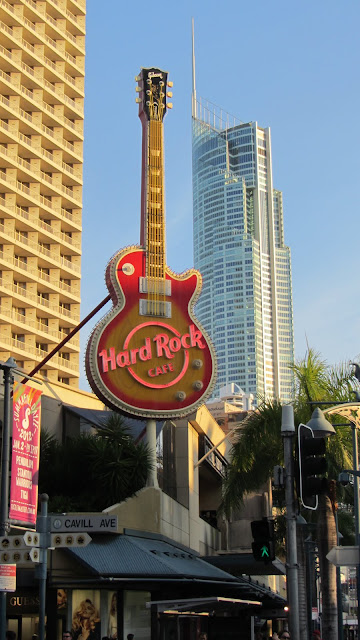 But in addition to all this, we discovered that this area also offers whale watching tours, during the annual humpback whale migration. After our unbelievable experience in Hervey Bay, we put the Gold Coast back on our list (we’re whale addicts!) and booked a room at the YHA Hostel in Surfers Paradise. 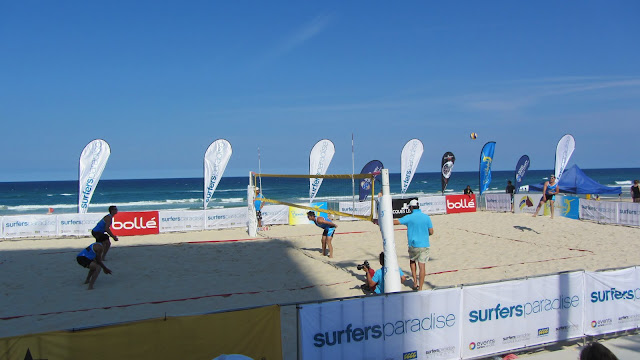 Surfers Paradise is the capital of the Gold Coast, home to most of the region’s hotels and tourist attractions. After checking in to our hostel, we wandered along the beach towards the center of town. We would have loved to have gone in for a swim, but unfortunately the beach was littered with jellyfish, including Blue Bottle Jellyfish (what we call Portuguese Man of War back home). 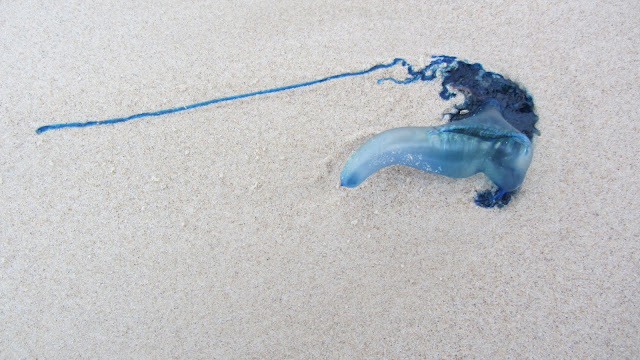 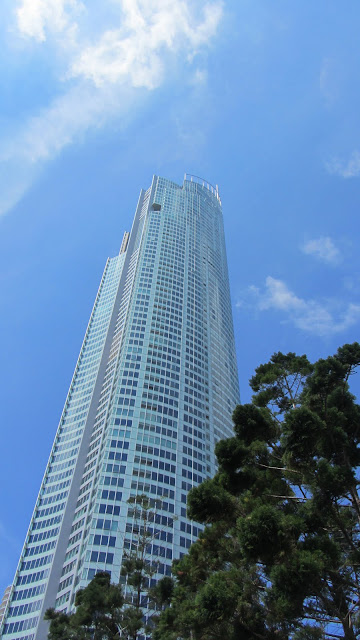 We visited the observation “Q Deck” at the top of the building to soak in the 360-degree views. There were also a number of exhibits on the construction of the building and the history of the Gold Coast. 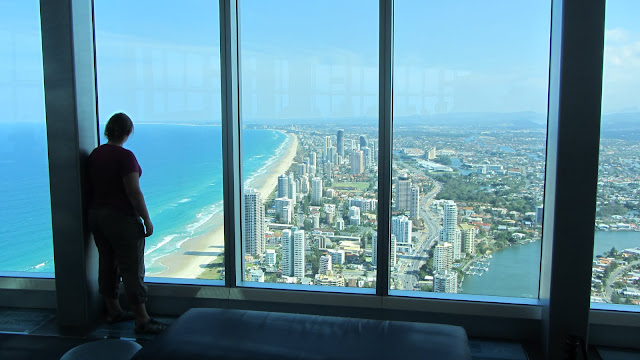 Whale watching – the reason we came here – almost didn’t happen. After doing a little research, we found out that the best Whale Watching originates in New South Wales, which has different laws about how close whale watch operators can stay to the coastline. While we were close to the Coolangatta-Tweed Heads border area where these tours depart, getting there in the morning with public transportation would have proved to have been very difficult. We were just about ready to give up, but at 6:45am on the morning we had planned to go, the captain of Coolangatta Whale Watch called us. Heather had already been in touch with him – he had informed us that the van which would be picking up passengers from Surfers Paradise was full. Luckily, he had phoned to inform us that some last-minute spaces had opened up and we could run outside and join the tour! 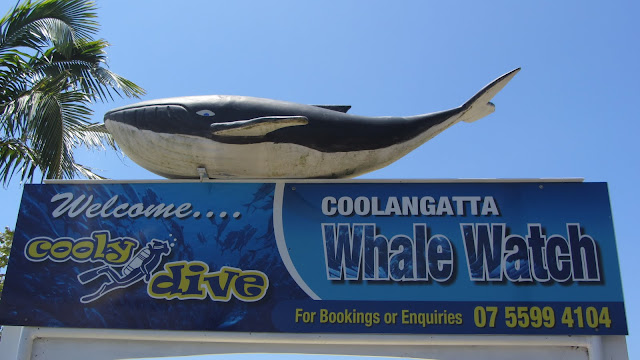 After boarding the boat and leaving the marina, we spotted our first whales pretty quickly – a mother with her calf. 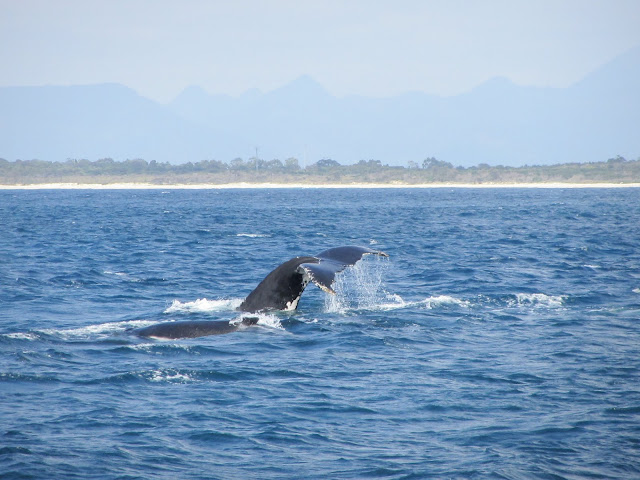 We were lucky enough to see a few whales blowing, tail slapping, and showing their flukes. 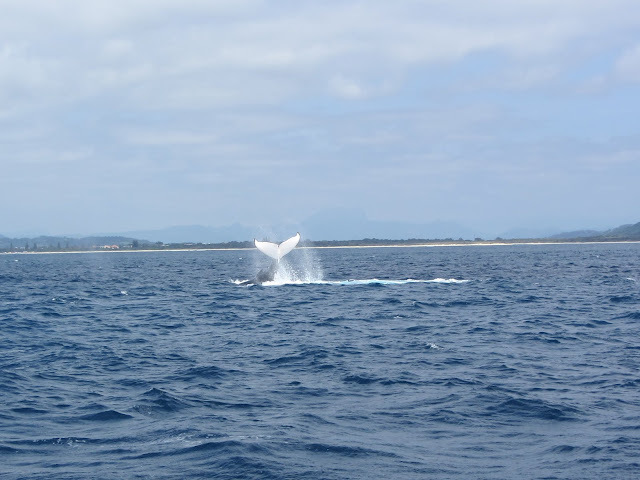 It was a fun day out and we enjoy every opportunity we get to watch these magnificent creatures, but it was a far cry from the amazing show they put on for us in Hervey Bay. 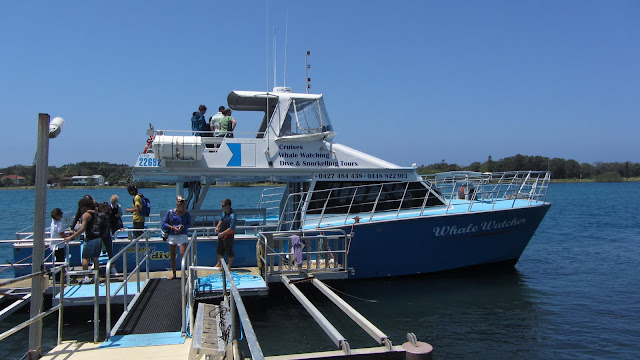 After two nights in Surfers Paradise, we had had enough of the kitsch, and were ready to move on. Next stop down the coast – the surfer and hippie-filled town of Byron Bay.