After a night of little sleep on the overnight bus from Bocas del Toro, we arrived in Panama City around five in the morning, desperate to make it to our hostel and freshen up before exploring the city. We had heard Panama City would be a good place for shopping and we were eager to restock some of our travel equipment before moving on to South America. Arriving at the bus station, it was immediately obvious how much the city had embraced shameless commercialism – the station was chock full of chain eateries, with a gigantic mall attached to it offering everything from designer jeans to sporting equipment. Since we were tired after the overnight bus run, I was excited to see a Dunkin Donuts; we waited a few minutes until they opened at 6am in order to grab a cup of coffee. 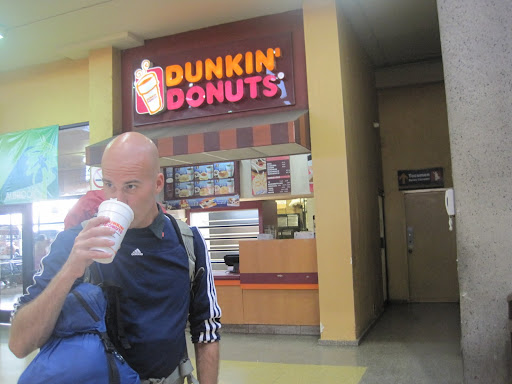 Shortly after checking into our hostel we met Michele, a traveler from England who had been following a similar route through Central America and was coincidentally booked on the exact same flight as us to Cartagena, Colombia in a couple days. Together, we joined a few other people from the hostel on an excellent tour of the city.

Rafael, our tour guide, whisked us around in his private van, allowing us to compactly take in all the sights the city had to offer within a day. We started at the ruins of Panama Viejo, which was repeatedly looted and destroyed by buccaneering pirates. According to legend, after the famous pirate Henry Morgan burned the city to the ground, locals decided to abandon this site and start over in an area a few miles away, close to the entrance where the canal now stands. 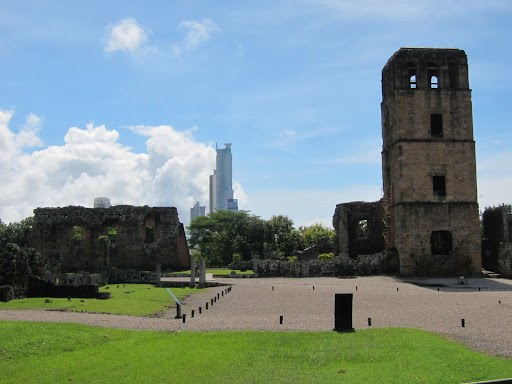 Throughout the tour, Rafael explained the role the canal has played over the years, and emphasized the dramatic economic transformation the country has experienced following the handover from the US on December 31, 1999. This is perhaps most evident in the towering skyline of Panama City, which is crammed with modern luxury highrise apartments, hotels, shopping malls, and office buildings. Dozens of cranes dot the city, marking the location of new towers climbing skyward. It could almost be mistaken for Miami. 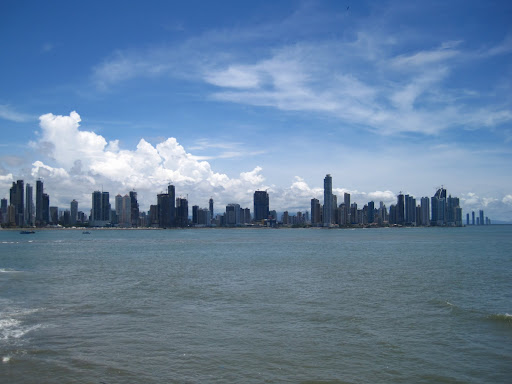 We carried on to the old city, Casco Viejo, where narrow streets with French-style colonial buildings shelter government buildings, old churches and houses. From one of the points on the city wall we were able to observe the long line of massive cargo boats queued up and waiting to enter the canal. These boats were lined up as far as the eye could see – most wait more than 12 hours. Rafael explained how there is a long waiting-list, with passage required to be scheduled weeks in advance. The canal operates 24 hours a day and the toll for some of the largest ships is well over $100,000. A huge sum, no doubt, but much cheaper than the alternative of sailing around the tip of South America. 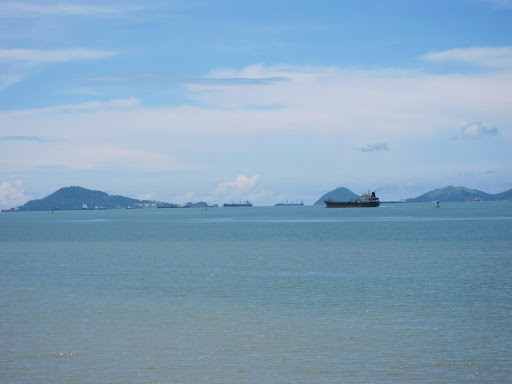 We finished the day at the Miraflores locks, one of the two sets of locks on the Pacific side of the canal where visitors can see ships raised and lowered in two identical channels. There, we visited exhibits and films detailing all aspects of the canal’s history and operation. From one of the observation balconies we watched large cargo-container ships passing through the locks. These ships are “Panamax”, i.e., the maximum possible size fitting into the locks, with only inches of clearance on either side. It was amazing to see this operation working so efficiently in locks that were built nearly 100 years ago. 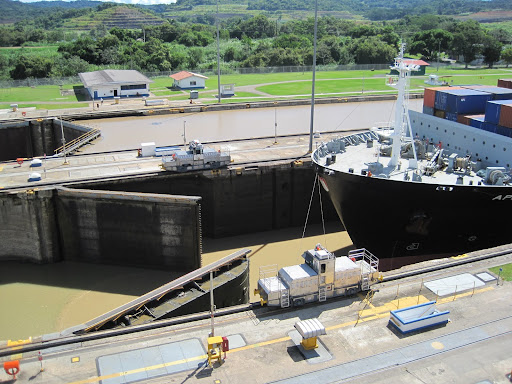 Currently, new locks are being added to the canal which will accommodate much larger ships. In addition, they will recycle some of the millions of gallons of fresh water which are emptied into the ocean each time the locks are opened. The new locks will also mean more traffic through the canal which also means more money flowing into Panama. No wonder this city seems to be booming. 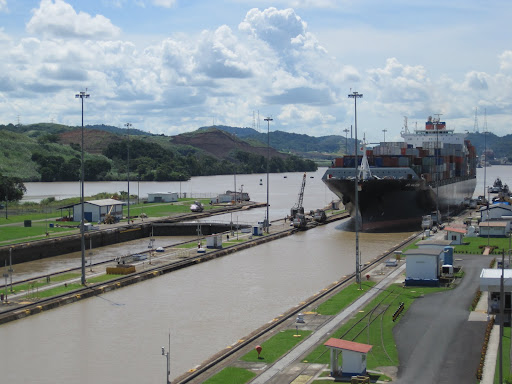 With its location next to one of the most important transport corridors in the world, Panama City has abundant access to the latest and greatest merchandise passing through the Canal (generally at very low prices). Our second day in the city was spent at the largest mall in the country, not to mention the largest mall either one of us has ever seen – Albrook Mall. The mall is located in the former Canal Zone, on what used to be Albrook Airforce Base, which was turned over to the Panamanian government along with a lot of other land and facilities as part of the canal handover. Two stories high and stretching on and on in every direction, it took forever to walk from one side to the other. Somehow, we ended up spending all day there, and in the process replaced my defective pair of Keens along with other clothing, toiletries, and gear. While it might seem like a waste of a day, we were happy to restock these items, which we have had trouble finding elsewhere. 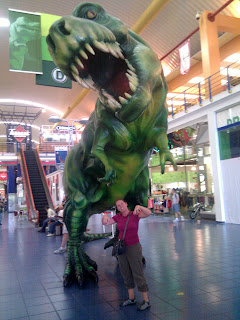 After just two nights in Panama City, it was time to catch our flight onwards to Cartagena, Colombia. On one hand, we were sad to be leaving Central America after four fantastic months (and four days) of travelling south from Mexico. On the other hand, we were eager to begin the next chapter of our travels in South America. Colombia or bust!

You can see all our photos from Panama City in the gallery.

4 thoughts on “The Canal and Shopping till we Drop – Panama City, Panama”