With two full weeks left to pass the time in the final stop of our grand tour through Latin America, we treated ourselves by plopping down a hefty sum of cash to stay in a comfortable apartment in Buenos Aires. Shortly after moving in and getting acquainted with our new neighborhood, Recoleta, we hopped the subte subway to Plaza Italia in order to join a free walking tour of the city, run by a friendly English ex-pat, Jonathon. Since we were the only people to show up for his tour that morning, we lucked out and enjoyed what was essentially a free private tour!

As part of the tour, we used the public transport system and learned the inner-workings of Buenos Aires confusing private bus network, which can only be deciphered using a thick pocket guide, called the Guia T. While Jonathon’s straightforward instruction on how to use the guide seemed to make sense at the time, we still struggled figuring out the bus network throughout the rest of our stay. We continued trying nonetheless, occasionally getting lost and often getting frustrated. Perhaps most frustrating was the constant need for coins, which (for reasons we cannot comprehend) is the only way you can pay for a bus journey. As a result, we were constantly looking for ways to break bills and get more pocket change. Unfortunately, it seems everyone else is playing the same game, and merchants, taxi drivers, etc. would go to great lengths to avoid returning any coins!

While the subway system is less extensive, we found it a lot easier to figure out (and yes, they take bills!). Jonathon’s tour even included a ride down BA’s oldest line, the Linea A, which has remained nearly unchanged over the past 90 years. The antiquated wooden interiors were like something out of a museum, but continue to operate as usual day-in, day-out. 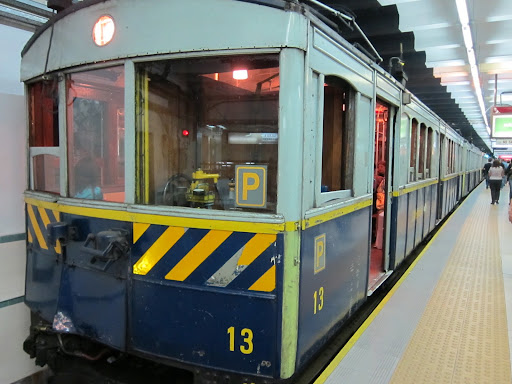 Jonathon also invited us to his monthly pub quiz night the following week, where we had a blast hanging out with a fun mix of locals, travelers, and expats. It also helped that our team, Una Mas, Por Favor won the quiz and celebrated with a free bottle of bubbly! 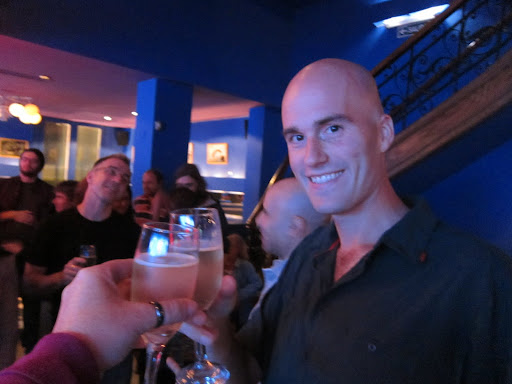 After nearly a year away from the bright lights of Broadway, we jumped at the opportunity to watch a couple shows in Buenos Aires. We thoroughly enjoyed a performance of Chicago, entirely in Spanish (some numbers certainly translated better than others, though). And when Heather saw a stage version of her favorite movie, When Harry Met Sally (Cuando Harry Conocio a Sally), on the marquees of the theatre across the street, there was no way we could leave town without seeing that as well. 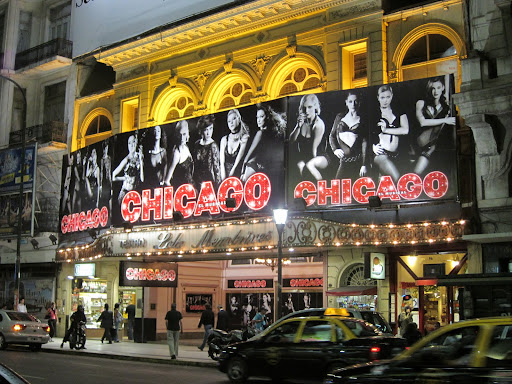 While Argentina’s capital city has a thriving theatre scene, it’s most famous as the land of tango. Here, working-class immigrants first developed the dance more than 100 years ago. Since there was a shortage of women in the city at that time, men actually danced together. Eventually, this dance and music style spread to the rest of BA’s social classes, and throughout the world.

Singer Carlos Gardel is one of the most iconic figures of Buenos Aires’ tango culture. Walking through his native Abasto neighborhood, you can find pictures of him wearing his trademark fedora plastered among buildings in this part of town. Gardel helped popularize tango music by adding sweet, sorrowful lyrics to the slow 4/4-meter songs. Tragically, he died in an airplane crash while on tour in Medellin, Colombia in 1935, but his legacy lives on and he remains one of Argentina’s most loved and celebrated celebrities. 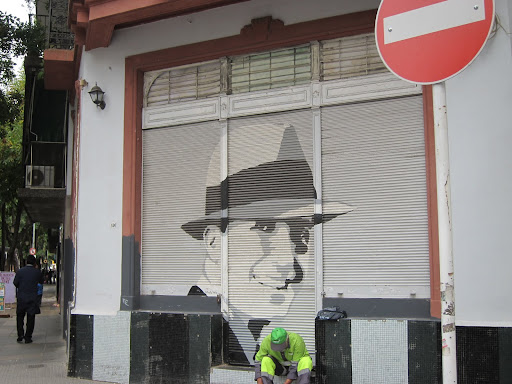 Jonathon had advised us to avoid the tango shows offered to tourists, but somehow we couldn’t resist. While it was fairly forced and cheesy, we still enjoyed ourselves. The best part, though, was the introductory tango lesson offered before the show. We learned some basic moves and managed to step all over each other. It’s tougher than it looks! 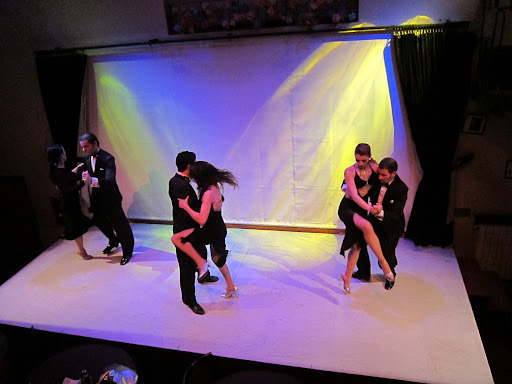 The real tango scene can be found at one of any local milongas. These parties often stretch late into the night, where fans of tango can join to dance through the wee hours. There are many different types of milongas – formal, informal, for the old, the young, the experienced, new-comers and everyone in-between. After seeing the tourist-version at the tango show, we headed to a milonga in an old converted warehouse called El Catedral. While our moves were really not up to scratch, we enjoyed watching the locals have a go at it, along with some very entertaining musicians. 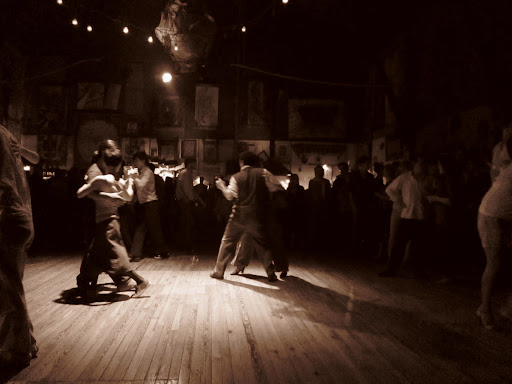 While we had already spent a lot of time in this bovine-obsessed country upon arriving in Buenos Aires, there was still no excuse not to try a few more steaks. I was especially happy to finally find a cheap restaurant, El Desnivel in San Telmo, that didn’t insist on cooking them all the way through (as seems to be the custom in South America) – my personal preference is medium-rare. 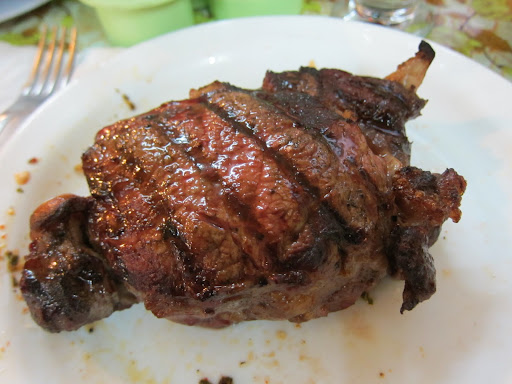 Finally, after two weeks in this buzzing metropolis, it was time to pack our backpacks one final time and head…home! So on April 20, 2011, exactly one year after we initially left on our mammoth trip, we headed back to New York City in order to take a break from the road, replace some gear and visit with our friends and family that we had missed so much while on our adventure Around This World.