After the colonial city Cartagena, we decided to head to the Carribean coast of Colombia since it is said to have great beaches. We waffled between visiting Santa Marta and Taganga because we had heard good things about both. We got off the bus in Taganga, a small fishing town that has become a backpackers’ destination for cheap scuba diving training, and checked in at a cute hostel a bit outside the center of town, Casa de Felipe. As we checked in around 5pm, there was loud wall-thumping music blasting from a house party a few doors down. We had heard Taganga can be a bit loud, so we covered our ears as we headed out to dinner.

Taganga is quirky, though a bit scruffy, but we had a nice dinner oceanside at Tiburon (meaning “Shark,”) with a great view of the sunset. Friends of ours who had been there a couple of days before had had a bit of an incident with a bunch of kids harassing them on the beach and approaching them with covered faces and asking for all of their money, so we were a bit uneasy with that recent incident playing in our heads. We enjoyed lounging in hammocks on the great rooftop terrace at our hostel. But the music thumped all night long until 7am, which meant we got little to no sleep. 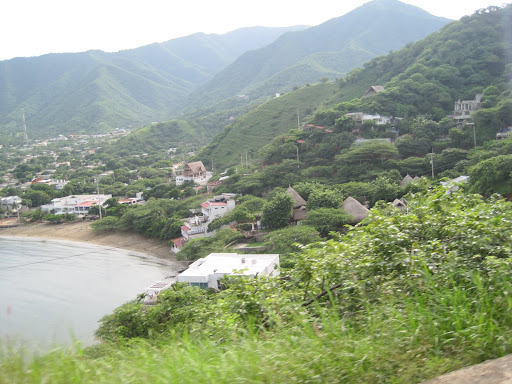 We had wanted to go to Tayrona National Park, known for its amazing beaches, but the jeep ride to a horse and long walk through mud and hefty park entrance fee made us decide to give it a miss. Erik had also intended to do some diving there, but when we went to a recommended dive shop, they told us honestly that recent rainstorms made for poor visibility and said they’d advise not diving. All of these things combined had us looking at each other and we both said “let’s get outta here.” So after just 14 hours, we did.

My Uncle Carlos, my aunt’s husband on my Mom’s side, is originally from Colombia, and was so nice to hook us up with several relatives throughout his country. We headed to the less-touristed city of Bucaramanga, known as the “City of Parks.” Here, we met Carlos’ cousin, Silvia, who was incredibly sweet and took us on a whirlwind tour of the city she’s called home nearly all her life. She showed us the parks, the main square, beautiful churches and a fantastic view overlooking the city. 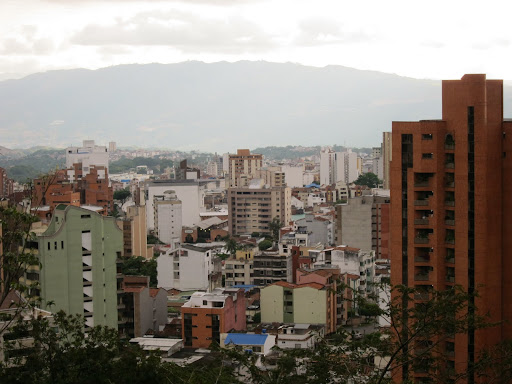 Silvia also took us to nearby Floridablanca, a town famous for its delicious obleas (sweet thin round wafer sandwiches made with arequipe, a gooey caramel type paste). We fell in love with them! 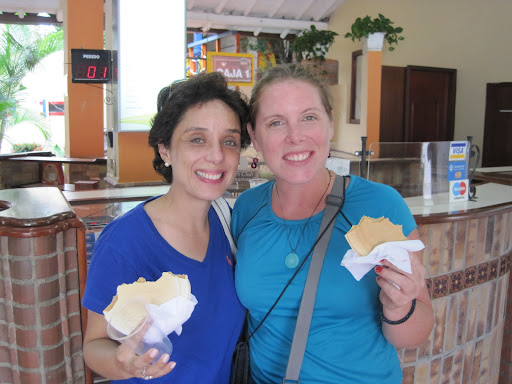 She also took us for delicious minty limonadas at a restaurant with a great sunset view over the city. 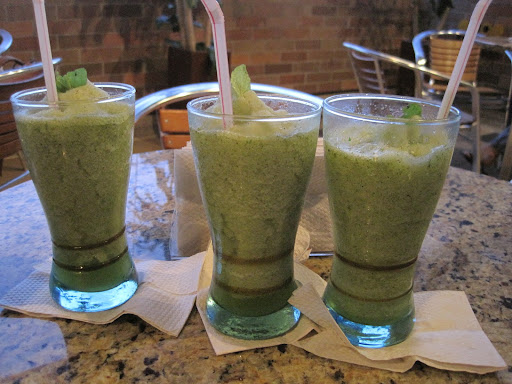 Then, Silvia dropped us off with cousin #2, Juan Pablo, who took us on a night tour of the city with his wife and adorable daughter, who kept falling asleep on Erik’s shoulder. So cute! 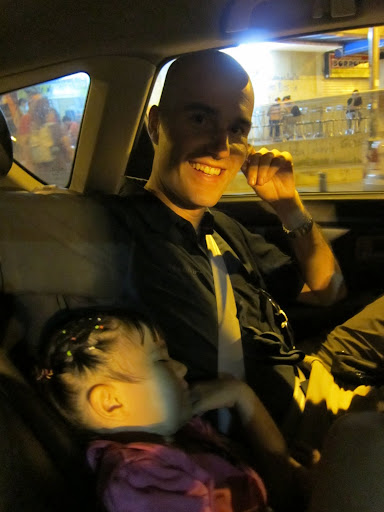 Juan Pablo took us to a real authentic Colombian restaurant where we had a traditional dish meant to be shared by a group called Picada Colombiana, which consisted of chopped pieces of chicken, fish, pork, beef and chorizo along with yucca, potatoes and onions with accompanying sauces. Very tasty. We wound up speaking Spanish with them the entire night, and despite the challenge for us, Juan Pablo and his wife complimented us on our Spanish and we were quite flattered. 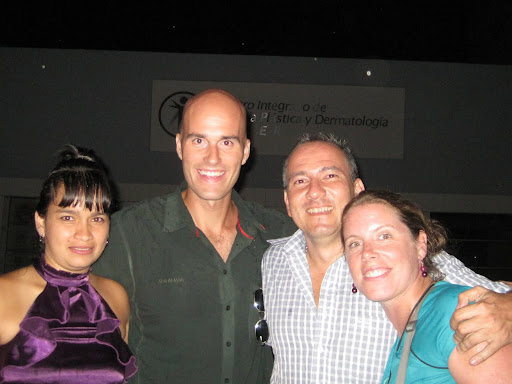 Though we had only planned to spend a couple of days in Bucaramanga, I wound up getting sick, so we stayed four nights. It was also a nice place to take a break and chill for a few days, which longterm travelers like us need to do once in a while. Since Bucaramanga is not yet a big tourist destination, our hostel Kasa Guana Bucaramanga (KGB) was the only one in the good part of town, Cabecera. It’s run by a cool Colombian who runs another hostel on a hill outside town along with his parapente (paragliding) company. We thoroughly enjoyed this comfortable, clean and modern city and couldn’t understand why it hasn’t really made it into the tourbooks yet. If you’re heading to Colombia, we’d highly recommend visiting Bucaramanga!

6 thoughts on “Taking a Break in Beautiful Bucaramanga, Colombia”