A quick 1.5 hour flight from Medellin brought us to Quito and country #8 on our trip – Ecuador.

While still in Colombia, we decided to book a last-minute trip to the Galapagos, which would require us to be in Southern Ecuador in 10 days. With the clock ticking, we decided to skip through Quito quickly, only spending two nights there.

Our first stop was on the outskirts of the city at the Mitad del Mundo (Middle of the World) monument, which marks the “official” equator dividing the Northern and Southern hemispheres. A replica village has been constructed, complete with restaurants, souvenir stands, and cultural exhibits. It really all did feel like a bit of a tourist trap. 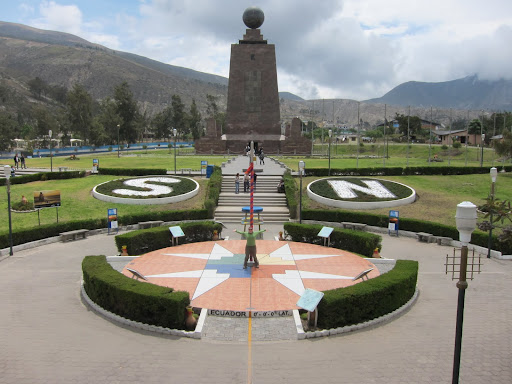 We took a slew of photos in front of the stone monument and painted line symbolizing the equator. 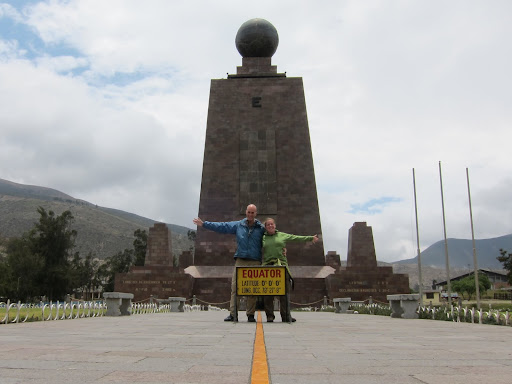 Everyone seems to know that this monument is not actually the “real” equator. Our guidebook stated this and my GPS verified we were a couple hundred meters too far South. Just over the wall from the Mitad del Mundo complex, sits the Museo del Sitio Intiñan, which claims to be on the actual equator as measured by military GPS. 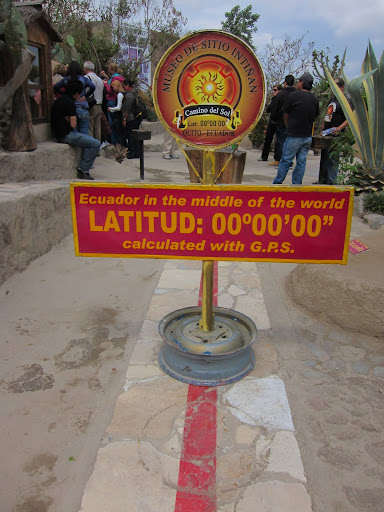 We were shown a number of experiments, proving this was the real equator, such as the famous sink demonstration.

Our guide then challenged us to balance an egg on a nail, which is supposed to be easier to do directly on the equator. Heather succeeded at this and was quite proud of herself. 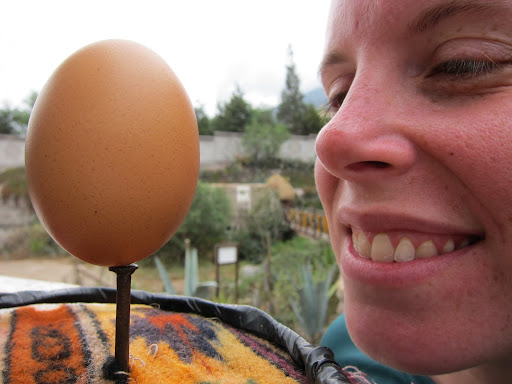 They also had some demonstrations to show how our strength is diminished directly on the equator or how it’s easier to walk in a straight line with our eyes closed. 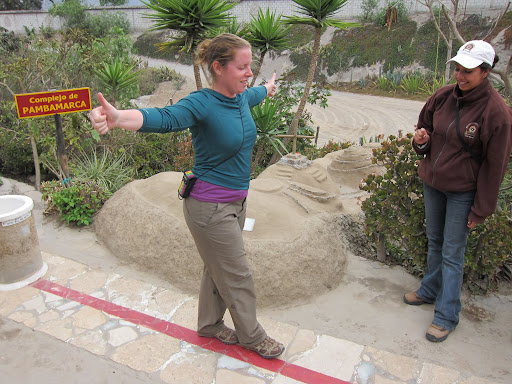 Apparently, these are all just tricks, which can be performed anywhere and have nothing to do with latitude. My GPS couldn’t even confirm the “real” equator at the Intiñan museum. We were a little disappointed to find out that neither one of these places cross the actual equator, but it made for a fun day anyway.

Back in the city, we strolled around the historical center, which is packed with impressive colonial buildings and some dazzling churches. 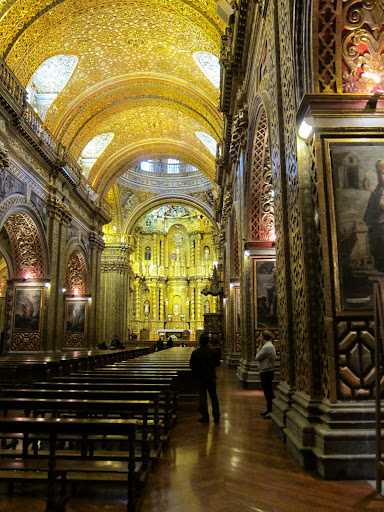 One of these churches, the Basilica del Voto, allows visitors to climb to the top of its bell towers – the tallest in Ecuador. 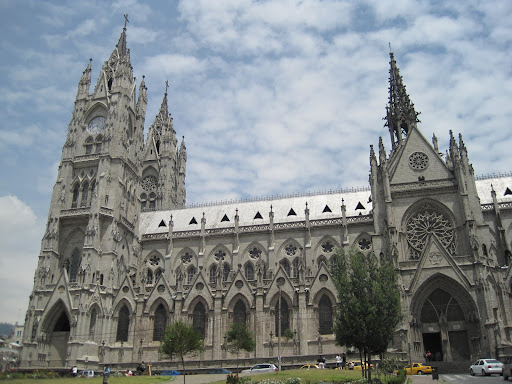 The climb involved a number of steep dodgy ladders up to the very top of one of the towers. It would appear there was little regard to safety standards, as it would have been very easy to miss one of the uneven rungs or fall through one of the openings. 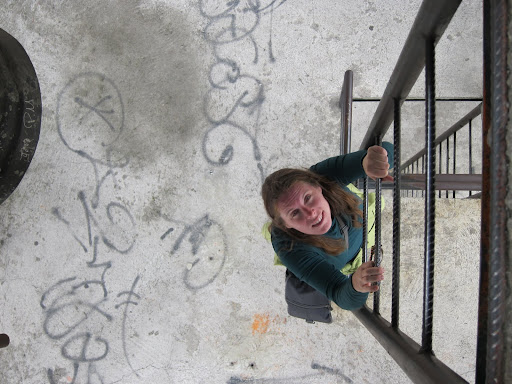 The climb left us with butterflies in our stomachs, but the view from the top was spectacular. 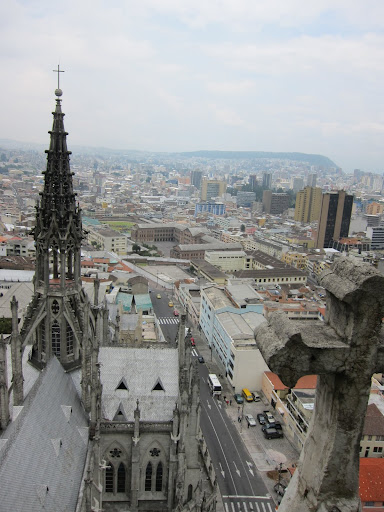 You can see all our pictures from Quito in the photo gallery.

2 thoughts on “Straddling the Equator in Quito”