After (barely) surviving tubing in Vang Vieng, Laos, we boarded a crowded minivan for the ride down to the quiet capital of Laos, Vientiane. Since it was the beginning of Pbeemai, the Lao New Year, the city was even more quiet than usual, with most shops and restaurants closed to celebrate. Luckily, we were able to find a nice guesthouse fairly quickly and get settled in.

While we were certainly hitting Vientiane at a strange time of year, it’s hard to imagine this city is anything other than quiet. Compared to neighboring Thailand’s chaotic capital, Bangkok, this seems like a relaxing holiday getaway. 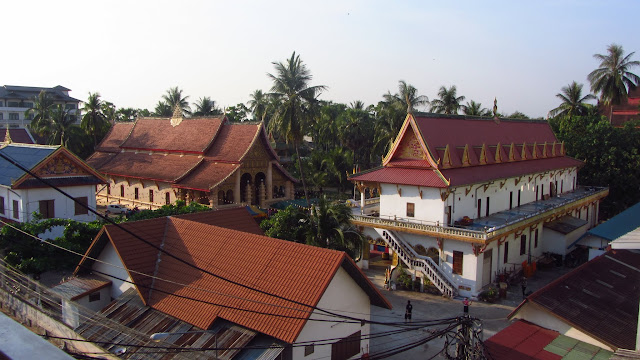 We decided to take a leisurely stroll up the city’s main boulevard, Lane Xang. In the middle of this street sits the Lao version of Paris’ Arc de Triomphe, called Patouxai. 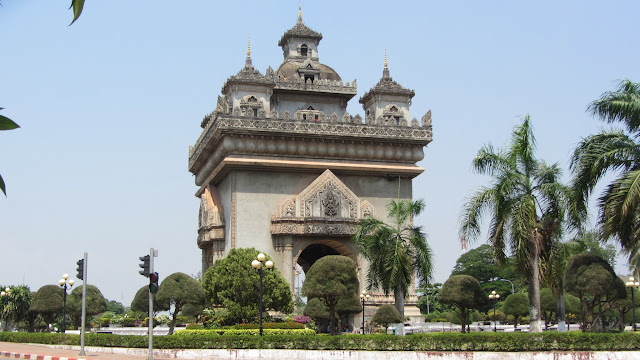 According to legend, this huge monument was built using funds provided by America that were intended to build a new airport. Because of this, it’s been nicknamed “the vertical runway”. 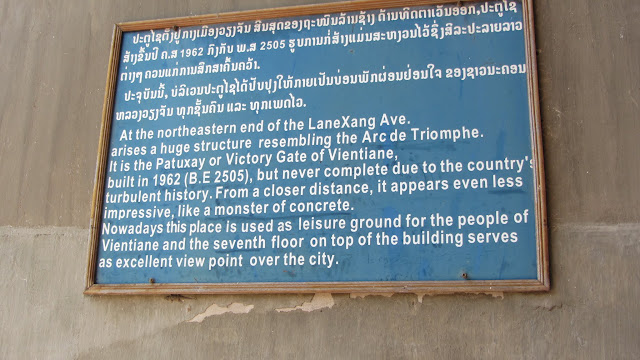 While it was never fully finished, it’s still a pretty impressive structure. We climbed to the top for a nice view over the city. 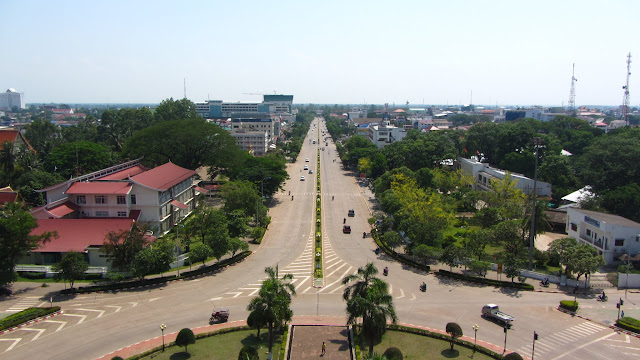 From Patuxai, we continued on to the national symbol of Laos, the Phat That Luang. Since it was a holiday, many people were visiting this gold-covered Buddhist stupa and going through a number of rituals to pay their respect to the Lord Buddha. 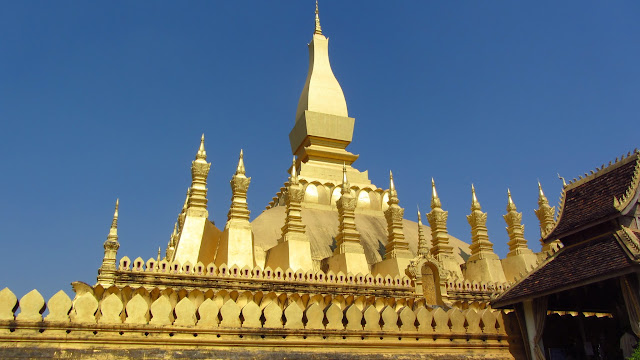 A number of temples and statues can also be found in the area. 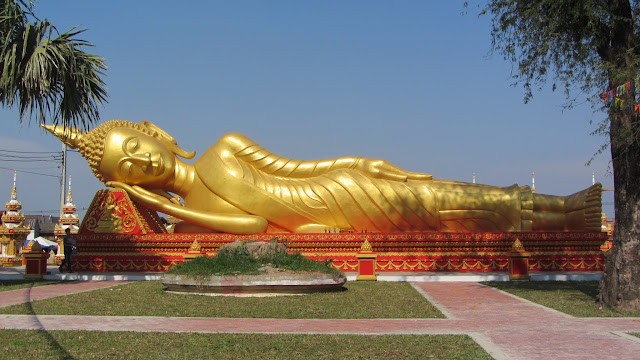 With the Lao New Year, Pbeemai, in full swing, lots of people were also out on the street celebrating. Like Songkran in Thailand, it’s tradition here to spray each other with water. These water attacks come whether or not you want or expect them. 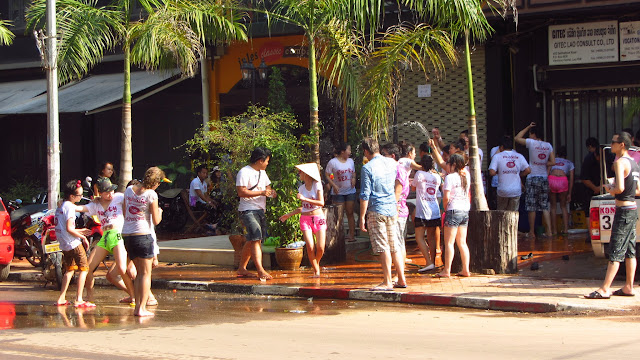 On our way back to the guesthosue, we hopped in an open-sided tuk-tuk to travel the 3 or so miles. Along the way we were sprayed with hoses, buckets, and water balloons again and again. By the time we got to the guesthouse, we were drenched.

When we weren’t getting drenched ourselves, we had a good time watching other people getting sprayed with water. Most people were good sports and had big smiles plastered on their faces. 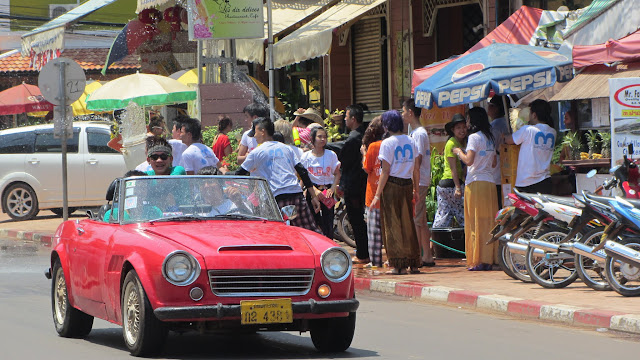 Pbeemai is celebrated for three days, and unfortunately we had scheduled to travel on the third day. We would need to somehow get to the airport, so we could catch a flight to Hanoi, Vietnam. It took a little effort to find not only a driver that wasn’t drunk, but also a fully-enclosed car that we wouldn’t get drenched in. Luckily, we were able to find a car and driver, and made it to the airport nice and dry for our flight out of Laos.

1 thought on “Ringing in Pbeemai (Lao New Year) in the Sleepy Capital of Vientiane, Laos”