Some of this may seem like a repeat of what Erik said in our last post about Auckland. But a different writer gives a different point of view, right?

We arrived in Auckland hoping that my driver’s license had already made it their by post and we would be able to rent our car and be on our way. Sadly, it took longer than we’d hoped and we wound up staying in Auckland for nearly a week waiting. And waiting. Finally, one day we got the word from Andrew, a friend of our Kiwi friend Lawrence, who we’d met on the West Coast, that the package had arrived! We zipped on over to his place straightaway to pick it up! A big shout out and many thanks to both Andrew and Lawrence for their help. Our NZ (and later Australian) road trips would never have happened without their help! We chatted with Andrew a bit and got a few tips on what we couldn’t miss in this stunningly gorgeous country. He was also nice enough to give us an NZ Lonely Planet to help us plan our journey.

That very day, we went online and booked our cute little car through Jucy, a trendy, colorful car rental company in New Zealand. We had originally planned to get a Jucy campervan, which is basically a standard minivan decked out with a foldable bed, sink, stove, DVD player, and fan. But we figured for a first time “wrong” side of the road driver like myself, a nice compact car might be better, especially since it would be for 7 weeks. 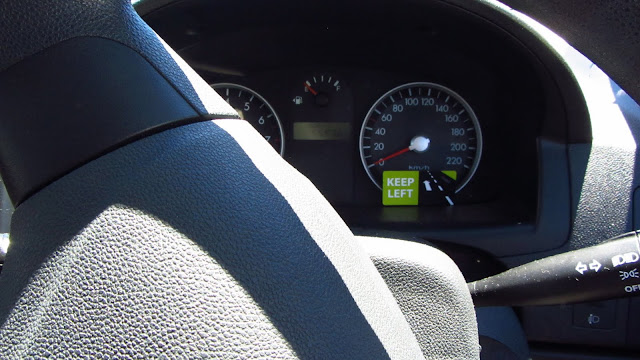 The next day, we picked up our adorable little black Hyundai Getz four-door hatchback. Since it was a long-term rental, we got a great rate for just $27 USD a day! 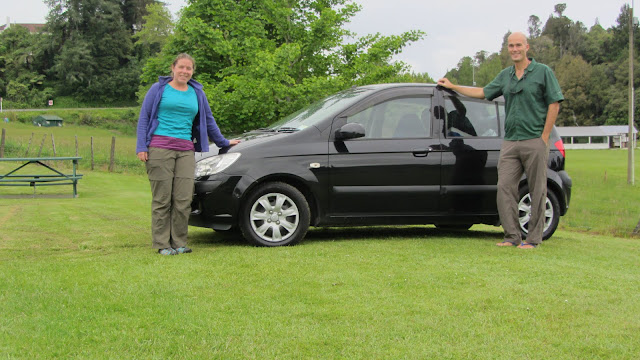 After signing all of our paperwork and getting all of our free maps and brochures from the Jucy gang, we were off! I was very nervous to be driving on the other side of the car and other side of the road for the first time. And I had to drive in a city, of course! The first few minutes were a bit strange, but I have to say, I was pretty chuffed with myself at adjusting so quickly, and I hadn’t really driven in about 1 1/2 years! 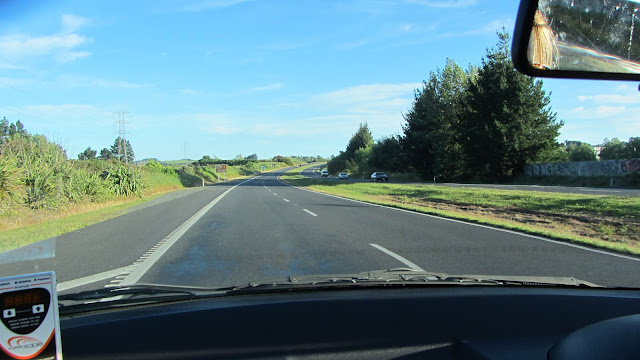 First stop was to The Warehouse, New Zealand’s version of WalMart for our road-trip equipment supplies shopping spree. On the list: kitchen supplies (a pot, a pan, cutting board, utensils, a cheap set of knives), and sleeping stuff. We had all good intentions of camping, so we bought a cheap tent (cheap in price and in quality, it turned out), a comforter set, pillows, and an air mattress. This all took much much longer than we had planned. By the time we headed back to the car it was already after 6pm. Not exactly ideal for the first leg of our road trip… 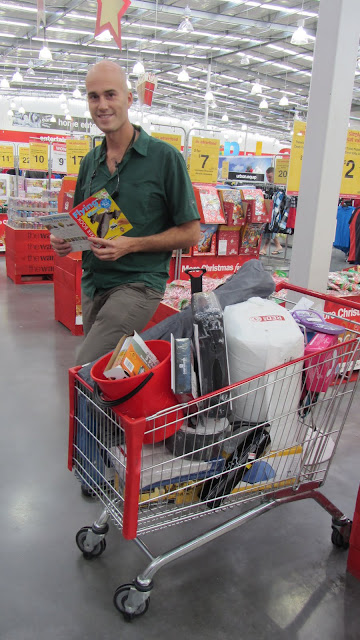 We decided to hit the famous Waitomo Caves as our first stop. It was just about 2 1/2 hours from Auckland, so we arrived soon after dark. Sadly, many of the hostel reception desks were closed, so night #1 became a camping night! We found a holiday park (for campervans and tenters) that said late arrivals were ok and that we could pay in the morning. At 9:30pm, we were setting up our tent and inflating the air mattress in the dark! But, all was good. We had a nice glass of wine and sandwiches under the moonlight. Exhausted after a very long day, we got to bed early. The next morning we would head into the famous Waitomo glowworm caves.

After a very brisk night in the tent, we realized that New Zealand nights were going to be much colder than we had thought. We booked a day tour through Spellbound to see the glowworms. There are many of these caves throughout New Zealand that are home to thousands if not millions of glowworms. The day started with a beautiful drive and then a walk through the country’s stunning green hills. The rain came just in time for us to have a cup of coffee and head into the cave. We chose this tour company because they avoid the popular cave that most tours take visit. Our cave was very quiet with just our boat in the river. Our awesome guide pushed us silently up and down the river slowly so we could enjoy the quiet cave and gaze at the glowing worms above our heads. They have even set up a series of ropes so the guides can pull the boat along without using a motor or making much noise. It was quite a sight to see thousands of glowworms clinging to the cave ceiling. We tried our best to get a decent shot, but this is the best we got. 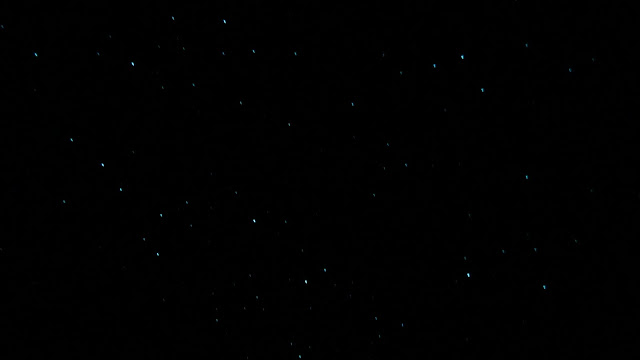 Waitomo was a lot of fun, but before we knew it, we were back in the car for our next adventure – the smelly town of Rotorua.