We were so impressed with the beach in Hoi An, that we decided to change our original plans and head for the resort city of Nha Trang. Originally, we decided to skip this city, as we had heard it was full of annoying jet-in and jet-out holiday troublemakers like you find in Phuket, Thailand. Dipping into the beautiful, warm water at An Bang Beach near Hoi An had changed our minds, so we decided to give Nha Trang a second chance.

While initial descriptions of Vietnam’s night buses as “rolling coffins” had scared us away from this popular form of transport, an unpleasant journey to Hue on the Cockroach Express had also soured train travel for us. So, we decided to suck it up and try the night bus. While it wasn’t the most comfortable night’s sleep – especially the regular bumpy sections of road which sent us flying into the air – at least we didn’t see any cucarachas. 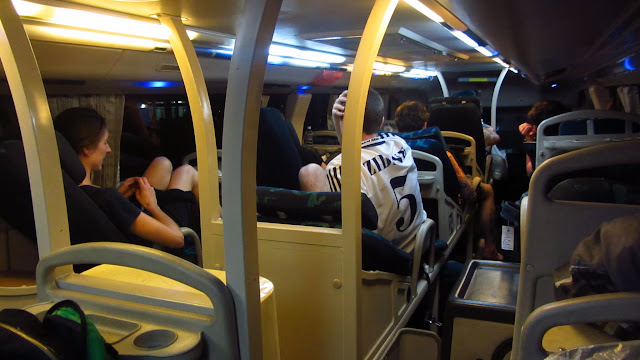 Somehow, we were under the impression that Nha Trang was expensive and full of high-end resorts. While this is partly true, it’s also still possible to find some great deals. After stumbling off the night bus and ignoring the persistent touts that crowded the bus, we walked to nearby Tran Phu and checked into the Ha Tram Hotel. One great thing about Vietnam is how cheap everything is – even compared to other countries in Southeast Asia. For the low, low price of $10 we ended up in a modern, clean room, with AC, LCD TV, elevator, and just steps to the beach. Hard to beat that. 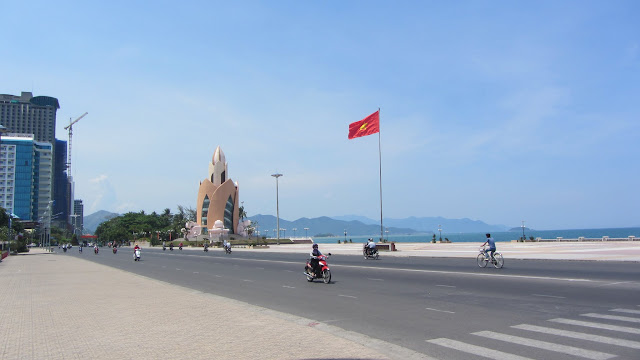 The first day, still tired from our overnight bus ride, we walked up the beach and checked out the scene. Sadly, we found the beach was full of litter, with lots of plastic bags floating in the water. 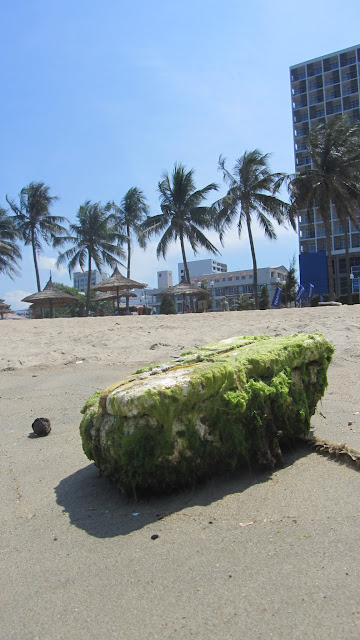 In addition, we saw signs of the upmarket tourism industry here, and the prices that come along with it. Two beers at a fancy brewpub that wouldn’t be out of place in South Beach, Miami cost us more than a night in our hotel room!

In retrospect, we should have spent more time at Hoi An’s fabulous beach. We didn’t want to splash with the trash here in Nha Trang. With that activity off the list, we decided to visit the nearby Vinpearl Amusement Park, situated on an island in the Nha Trang Bay. To get there, we would have to ride the 3km cable car – the longest over-water cable car system in the world. Heather, as usual, was scared…

Vinpearl is about as close as you can get to Vietnam’s version of Disneyworld, with rides, beaches, shows, aquariums, and a full-fledged water park. Even at 400,000 VND (about US $19) for the “foreigner price” it’s still an amazing deal – something like this back home would easily be four times the price. 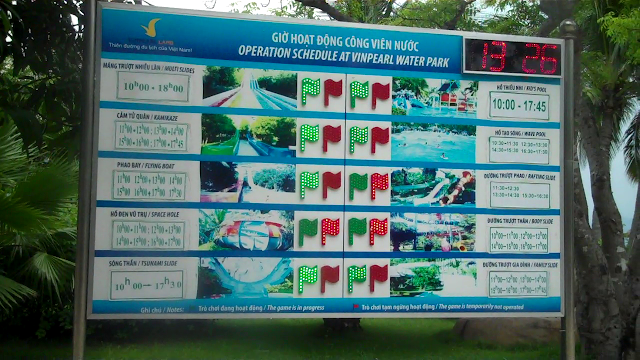 Of course, Vietnamese safety standards might not be the the best in the world. There were some scary moments: I ended up stuck on a water slide that only had a trickle of water running down it, terrified someone would come screaming down and crash into me; another time, Heather and I jumped into a double-tube ride where we picked up insane speed, nearly went over the side, and flipped over; finally, I did some major damage to my neck on one ride and it didn’t feel the same for weeks. 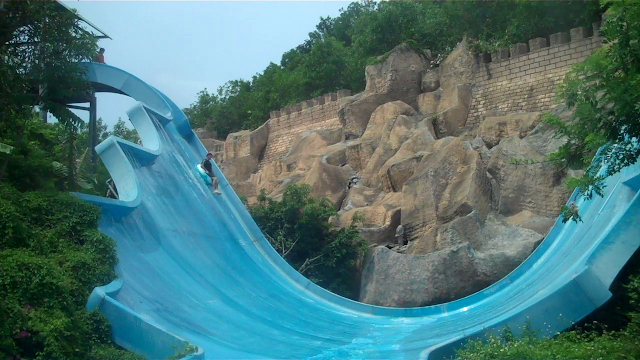 Luckily, we visited Vinpearl on a weekday before a holiday weekend. As a result, it was basically empty and we had all the rides to ourselves. After risking life and limb on the scariest rides, we bought some beers (only $0.75 each!) and chilled out in the wave pool the rest of the day. 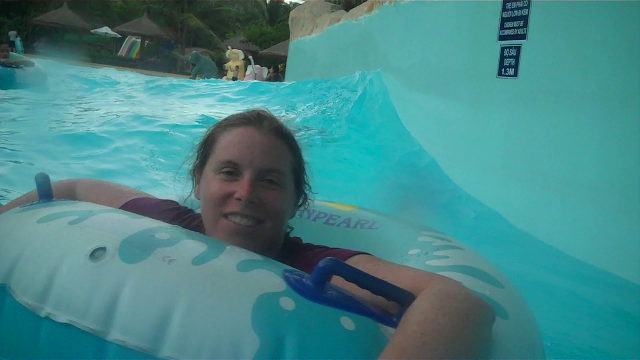 While we couldn’t understand any of the shows (in Vietnamese) we were very saddened by the animal circus, where trainers were making dogs, monkeys, and other animals dress up in ridiculous suits and perform pathetic “tricks”. 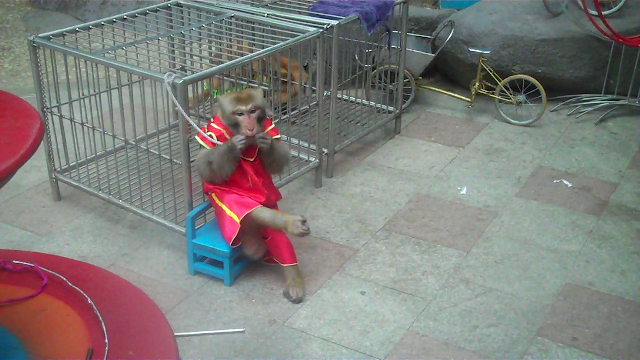 With the holiday weekend approaching, we were told our hotel was fully booked and were afraid Nha Trang would start filling up with huge crowds of people. So, we made a break for the hills, to the small town of Dalat…