We left the tropical rainforest of Taman Negara bound for Malaysia’s other major (urban) jungle in the buzzing capital city of Kuala Lumpur.

This would be my second visit to KL – as it’s called by the locals – the first being some eight years before for the wedding of my good friend Rizal to his wife Karina. So, it was with great excitement that I found myself traveling back to KL to catch up with Rizal and Karina, and meet the new additions to the family – their two sons!

Having missed out on any wildlife encounter at Taman Negara, we opted for the three-hour boat trip to leave the park. Unfortunately, we once again spotted nothing interesting, and rapidly grew bored with the scenery and sore from the hard seats in the dugout boat. 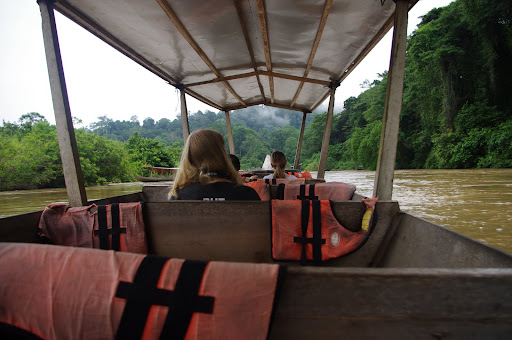 A few hours later, though, we found ourselves rolling into Chinatown and ready to explore everything KL had to offer!

Two of the main attractions of Kuala Lumpur are shopping and food, and we went right to work on both of these. Our first delicious meal was a huge serving of Chinese-style barbecue chicken wings from the fabulous Wong ah Wah on Jalan Alor in the heart of the city. 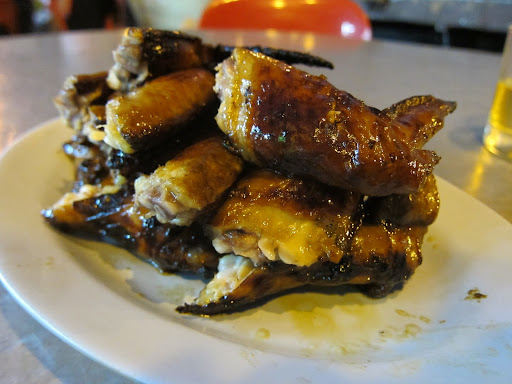 We followed this up by sampling the notorious durian fruit for desert (click for video). Definitely an experience! 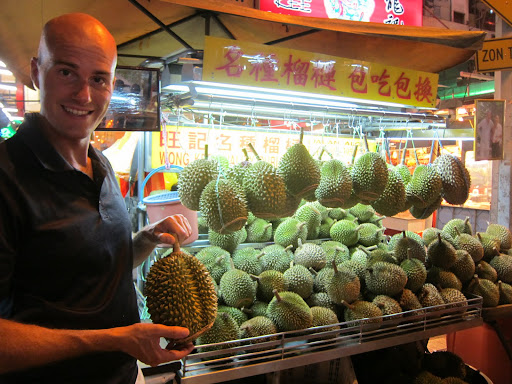 Afterwards, we strolled some of the massive shopping malls, including the amazing Low Yat Plaza – a huge multistory computer, camera, phone, and technology center filled with hundreds of vendors offering decent deals. We ended up buying a new Canon point-and-shoot camera while there. 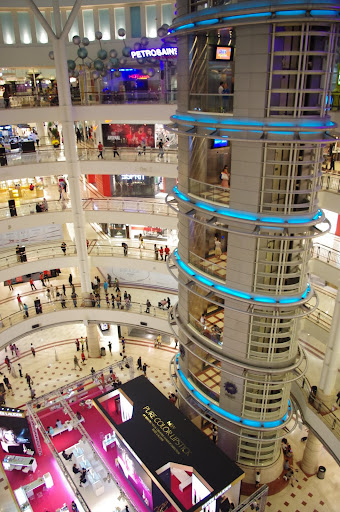 The next day, we met Rizal for (you guessed it) more great food – Indian, this time, at one of the famous banana leaf restaurants. 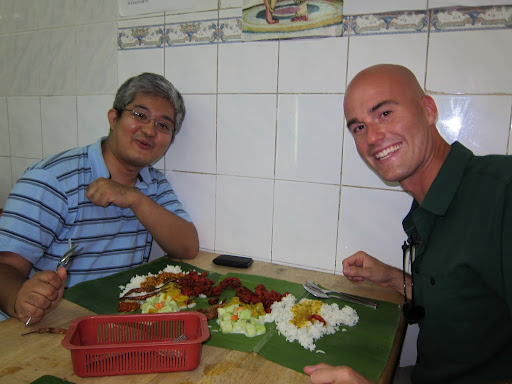 As a multi-ethnic, diverse country, Malaysia (and KL) has a fantastic array of cuisines, especially Chinese and Indian foods. Much of the best food is found in simple, streetside restaurants and hawker food stalls scattered throughout the city. 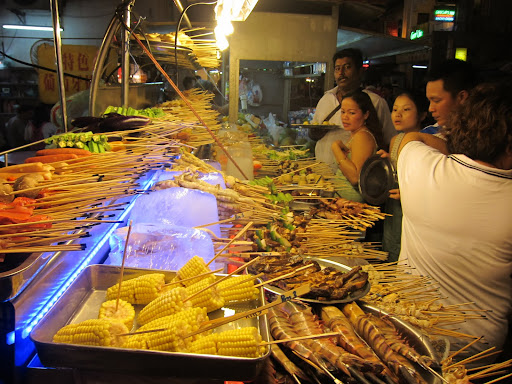 Rizal kindly intercepted a couple packages our parents had sent us, allowing us to restock some items that we haven’t been able to find outside the US (such as Gilette Power Bead deodorant and Aquafresh Extreme Clean toothpaste). Thanks, Mom(s) & Dad(s)! 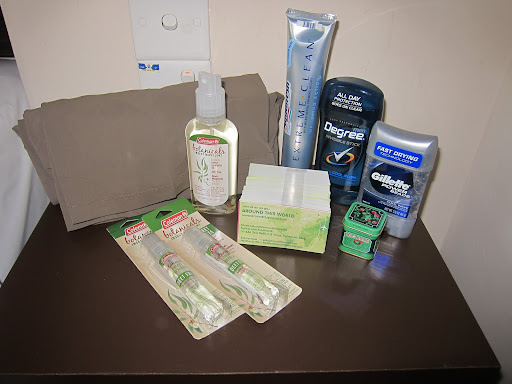 The huge Petronas Twin Towers dominate KL’s skyline, and while there we were lucky enough to snag tickets for a tour of the buildings’ iconic skybridge (an enclosed bridge linking the 41st and 42nd floors of both towers) as well as the top floor observation deck. 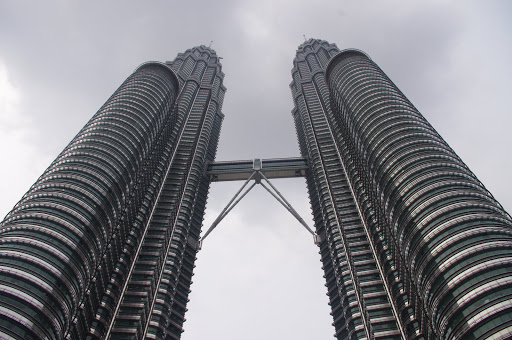 The Petronas Twin Towers were the tallest buildings in the world until 2004, and still hold the record as the tallest twin buildings. 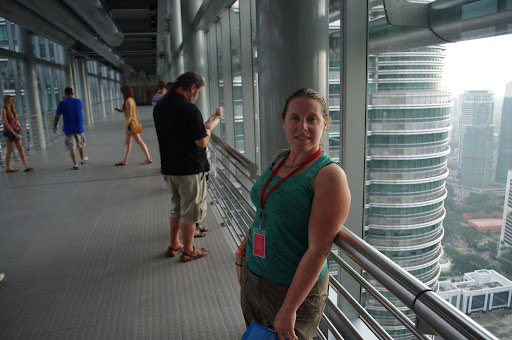 The day after our visit to the towers, the huge Bersih 2.0 rally took place, and the whole city was put on lockdown while protesters marched through the streets. We heard a lot of shouting and saw some protesters from our hotel window, near Sentral Station. But, as Rizal had predicted – the rally was over by dinner time and everything was soon back to normal. Still, we were a little worried that it would gum things up for us more than it actually did! We ended up having a relaxing day hanging out in the hotel and watching the news coverage on TV.

With the rally no longer an issue, we explored more of the city. One highlight was the Batu Caves just outside the city, an important sacred site for the large Hindu population. 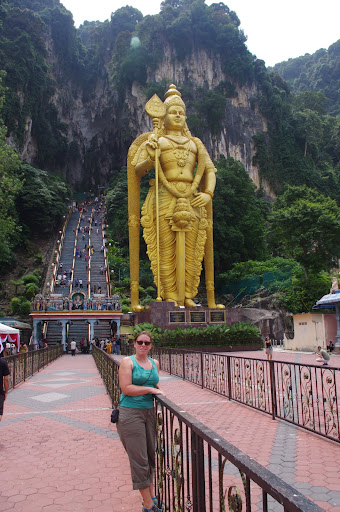 While the caves and shrines were interesting, truth be told we spent most of the time here photographing the antics of the resident monkeys. 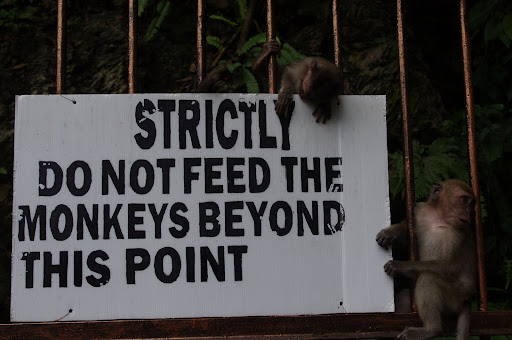 Some of the naughtier, aggressive monkeys stole offerings and food from people passing by. 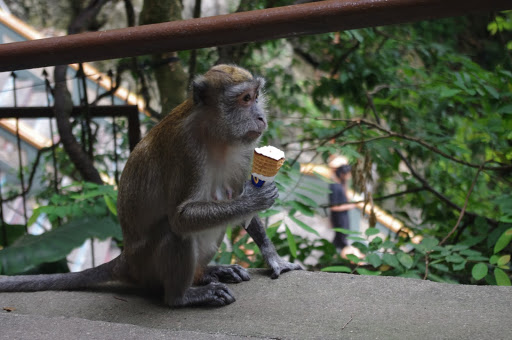 With Ramadan approaching, Rizal and Karina hosted a large dinner on our final night in the city. It also served as a little birthday celebration for just-turned-two Noah. 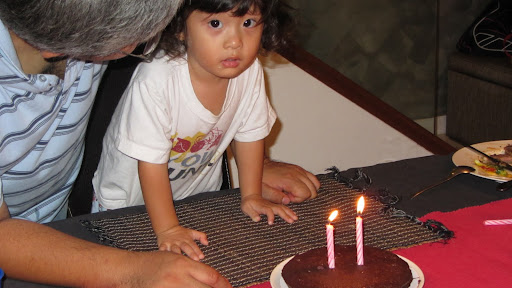 After more than a week spent back in the big, bad city, it was time once again to hit the jungles, this time heading for the Malaysian state of Sabah on the island of Borneo.