We continued south from Rotorua, down the Thermal Explorer Highway to Taupo. This small town sits on the edge of New Zealand’s largest lake, Lake Taupo. The lake is large – about the same size as Singapore – and is actually a crater lake, formed during some of the largest volcanic eruptions in the past 70,000 years.

The Taupo Volcano also hosts extensive geothermal systems in the surrounding area. One of the most famous is Orakei Korako, which features a series of stepped terraces. A steady stream of water trickles over the attractive terraces thanks to a series of hot springs and geysers. Sadly, a large part of the thermal features were submerged under an artificial lake which was built as part of a dam project 50 years ago. 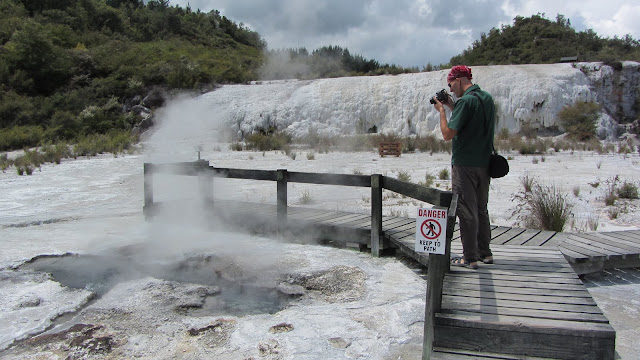 We enjoyed Orakei Korako, but didn’t find it as diverse and exciting as the Wai-O-Tapu Geothermal Wonderland near Rotorua. 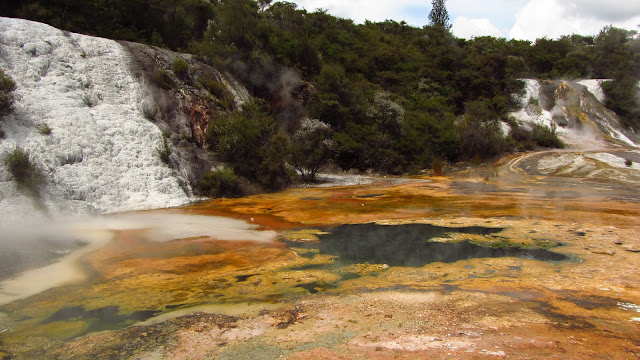 While in the area, we also checked out the Craters of the Moon geothermal area. These hydrothermal craters were mostly created after a nearby geothermal power station was built in the 1950s. It was neat walking around the steaming craters, but not much different than others we had already seen around the North Island. 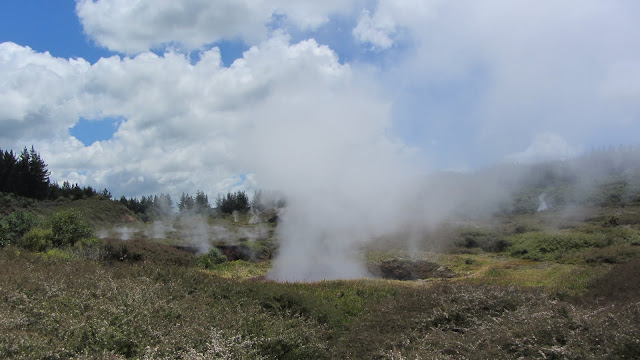 New Zealand’s most visited natural attraction sits just outside Taupo – the Huka Falls. The falls themselves are not that big or high, so we were surprised to hear they are so popular. 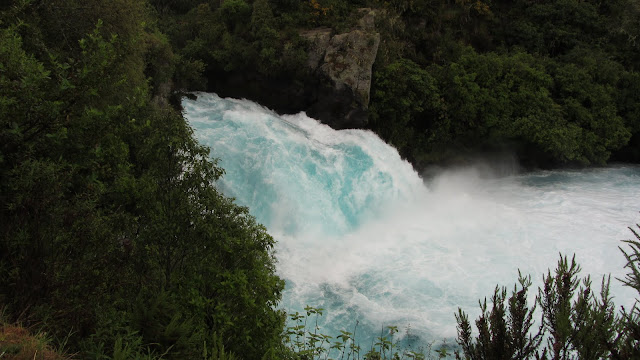 A much more impressive site was further downriver at the Aratiatia Rapids. Here, the gates on the adjacent hydroelectric dam are opened three times daily, allowing a full flow of water to build up in the rapids. We enjoyed watching this free show twice while we were in Taupo. It was amazing to see the rapids go from virtually empty to roaring in the span of a few minutes. The additional water released each day by the dam is also essential for white water rafters shooting the rapids further down the Waikato River. 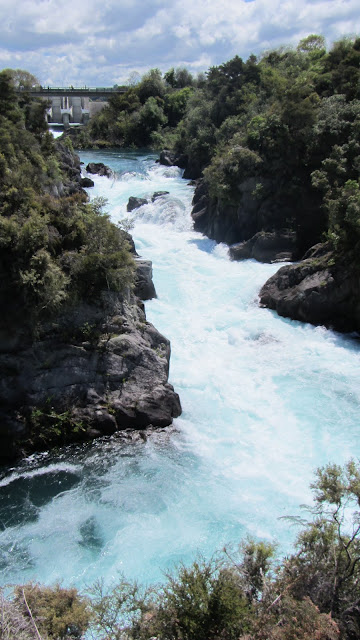 After a couple days exploring Taupo’s natural attractions, we were ready for something a little different and set course for the Hawke’s Bay wine region.