I knew before we had even started our trip that I wanted to learn to dive. And the Bay Islands – off the Caribbean coast of Honduras – was where I wanted to do it.

The Bay Islands consist of Roatan, Guanaja, Utila, and a number of surrounding Cayes which are historically and ethnically detached from mainland Honduras. Visited by Columbus on one of his voyages to the New World, the islands soon were inhabited by thousands of swashbuckling pirates which invaded Spanish galleons loaded with gold and other treasure. They remained a British Colony through the mid 1800s, before being handed over to Honduras. Many of the inhabitants speak nearly-indecipherable English, with a heavy island accent.

These days, Roatan is becoming well known as a popular tourist destination thanks to the cruise ships that stop there. Small neighboring Utila, meanwhile, is gaining reputation as an essential stop on the Central American backpacker circuit, where diving is cheap and plentiful, with thumping nightlife to boot. Supposedly, more divers are certified in Utila each year than anywhere else in the world. 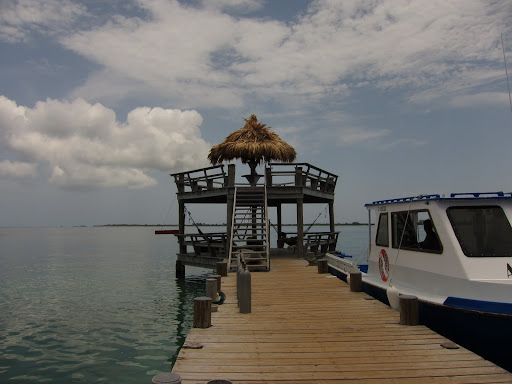 With so many dive centers to choose from, I started asking around for other travelers’ opinions before we even landed on the island. Time and time again, I kept hearing a few names coming up – among them, Alton’s Dive Center.

After taking a bus from San Pedro Sula to the port city of La Ceiba, we boarded a small ferry for the 45 minute crossing to Utila. The crossing was fairly smooth, though we were glad we had taken seasickness pills. On the other end, we were let off on the main dock in the center of town (two small intersecting streets). Off the boat, we spotted someone holding an Alton’s sign and minutes later were loading up our backpacks and crawling into the back of a pick-up for the short ride to the dive center. 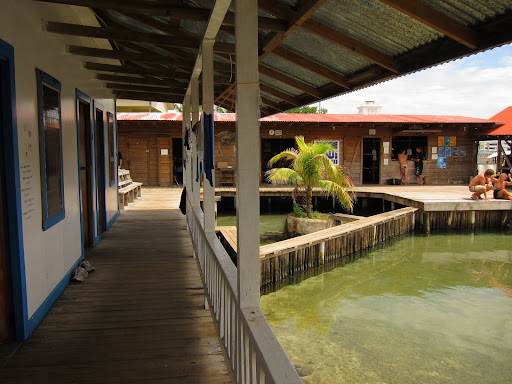 There, we were shown around the facilities, introduced to a few of the instructors, and given a run-down of the costs. The total cost for a PADI Open-Water course would be approx US $285, including all materials, a couple fun dives, and beautiful waterfront accommodations. 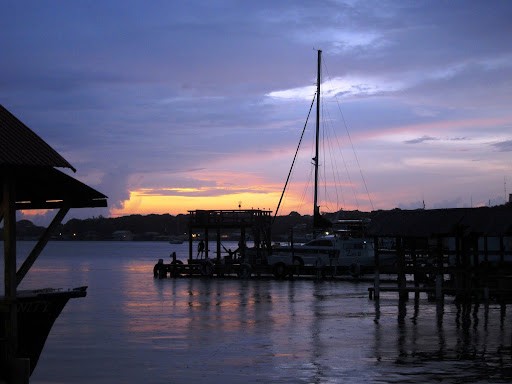 The first couple days were spent in the classroom, studying up on some reading materials and watching a series of instructional videos. After we were done with the theoretical end of things, it was time to get practical in the “confined water dives”, which were held off the end of Alton’s pier in about eight feet of water. 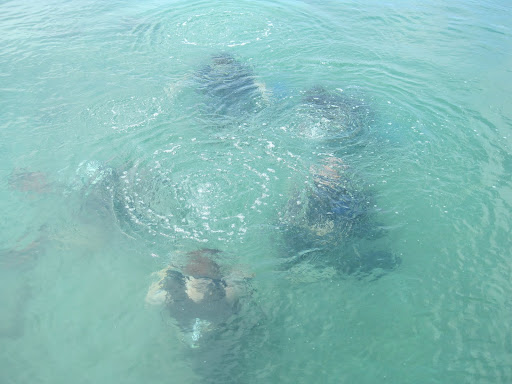 In those first couple of dives, we learned all the required techniques and procedures, such as emergency breathing and ascents, underwater hand signals, and buoyancy control.

Next, came the most exciting part – the open water dives! We boarded one of the two high-speed dive boats and motored out to a dive site which featured a small sand clearing at depth of 18 ft, surrounded by beautiful coral gardens. Utila forms the southern end of the Mesoamerican reef – the largest barrier reef system in the Northern Hemisphere – and the underwater life found on and around the reef is truly spectacular. Our group of six students, instructor Katja, and assistant Rich, descended to the sand clearing, where we performed the same procedures we had in the confined water dive. 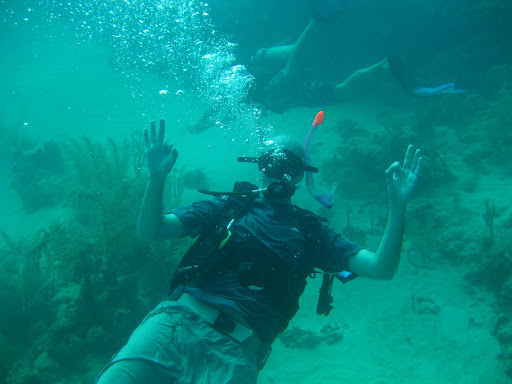 It was an incredible experience to be standing still on the floor of the ocean, breathing normally, and observing the colorful fish and coral surrounding us. Without the ability to properly talk or hear each other (only the gentle woosh of the ocean and air bubbles escaping our regulators) and the weightless sensation of floating with neutral buoyancy, it really felt other-worldly. After that first “real” dive, I knew I was hooked. 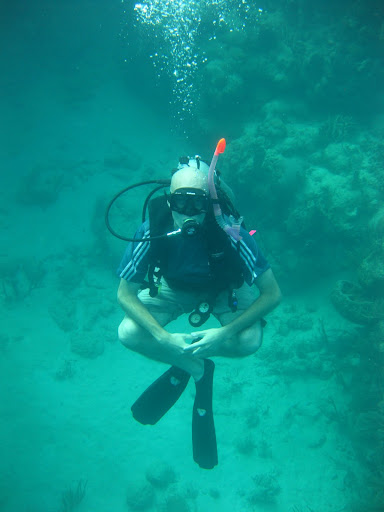 The training dives continued for a couple more days, allowing us to explore some of the underwater sights surrounding Utila, all while practicing our training procedures and diving to progressively deeper depths, up to a maximum of 60 feet. Finally, we completed the final written exam. We were officially certified! 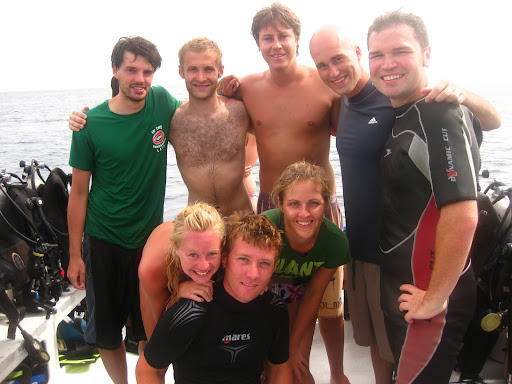 While Heather did not learn to dive this time around, I expect she’ll take lessons at some point or another. We enjoyed exploring some of the Islands above-water sights together, including the many restaurants and famous nightlife. During one of the days I was diving, Heather even got to visit the local iguana sanctuary.

On one of the final days, we rented a golf cart with another diving student to explore more of the island. It’s small enough that most of it can be seen on foot, however we went off in search of a drug plane that had crashed in the jungle one year earlier. All we found were a snake and millions of bugs. 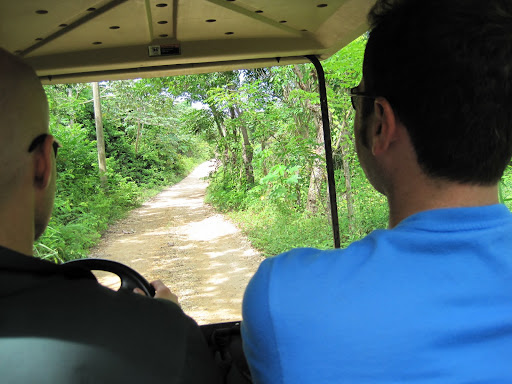 Even though Utila is a small island, we thoroughly enjoyed our time there and found it very hard to leave after only a week. While the word may be out on this tropical paradise, it’s still a unique and tranquil break from the rest of Central America.