Bus travel has hit its prime here in Peru. We chose Cruz del Sur, one of Peru’s top bus lines, for the 8 hour journey to Lima. If I hadn’t looked out the window and seen that we were in fact on land, I could have easily thought we were sitting first class on an airplane. This double-decker bus has its prime seating on the lower deck behind the driver and baggage compartments. This smaller section means larger comfy leather seats that recline nearly completely, and quieter surroundings since there are only about 9 seats. 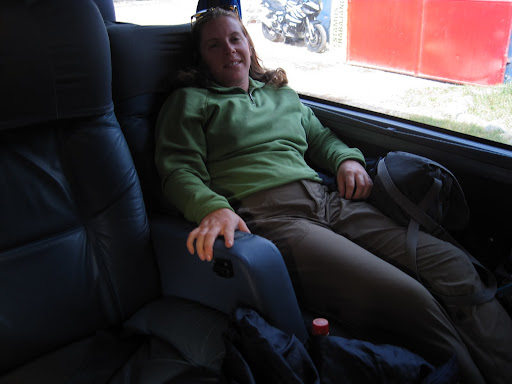 Awaiting us on our seats were pillows, blankets and headphones for the several fantastic films played onboard. We saw “Slumdog Millionaire,” and “Men of Honor,” with Cuba Gooding, Jr., which I’d love to watch again in English. The attendant continually asked if we were ok and comfortable. After having been served hot meals and relaxing in seats that reclined nearly completely, it was a very comfy ride. 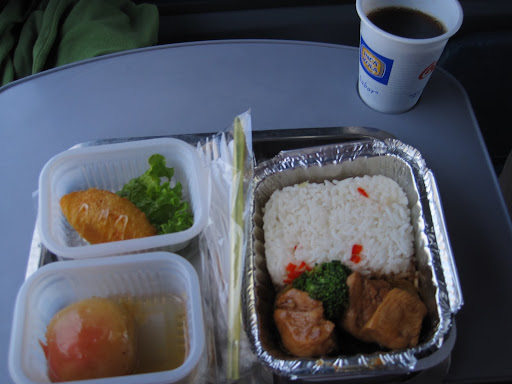 When we finally arrived in Lima, we jumped into a cab to take us to our hostel, Family Backpackers, in the trendy suburb of Miraflores. This place is very popular now because of its nightlife based around Parque Kennedy, and the many bars, restaurants, casinos and hotels in the area. Another main attraction is the oceanfront tiered mall Larcomar. This outdoor open mall set high on a cliff offers a gorgeous setting and spectacular views of the sea and surfers below. Not too far from here sits Parque de l’Amour where we enjoyed watching paragliders (here called ‘parapenters’) soaring above the cliffs. 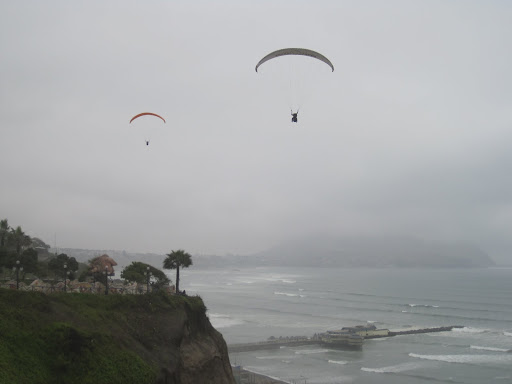 Our hostel, although just a few blocks from the ocean and highly recommended online, was far from the center, dirty, and freezing, among other things. This probably contributed to Erik catching a really bad cold. And after a dodgy chicken sandwich, I was sick, as well. We moved to a hostel in a better part of town and both spent a few days recovering.

On a Sunday morning, we walked to the Metropolitano (Lima’s subway-like express bus service) and saw runners competing in a race alongside the bus. 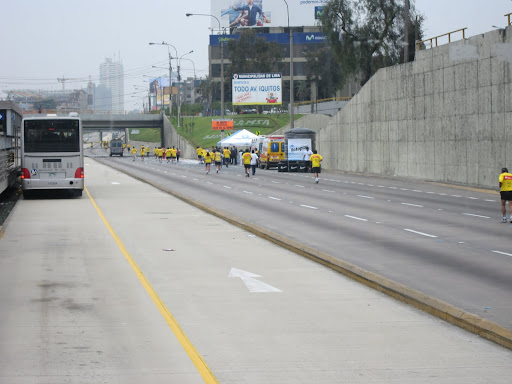 We walked around Lima’s Plaza de Armes, saw the cathedral, the Changing of the Guard at the government palace and the famous Monestary de San Francisco, under which nearly 25,000 human bones from the 16th through 19th century are displayed in the creepy Catacombes. These were interesting, but paled in comparison to the Catacombes beneath the streets of Paris. 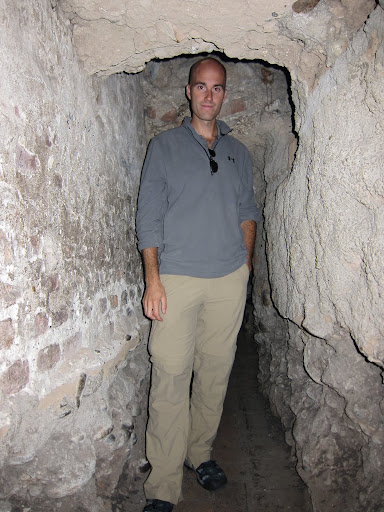 We also had a fantastic set lunch at the famous chain Norky’s, which included a delicious breast of Peruvian roasted chicken (polla a la brasa), a salad, french fries, the country’s bubble-gum soda Inka Cola (very sweet!), and a scoop of ice cream all for the low price of just 10 soles ($3.50)! Delicious! Erik is hooked! 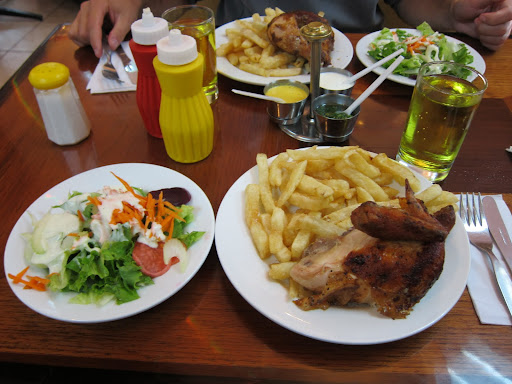 We visited the ruins in town of Huaca Pucllana. These structures were built of adobe bricks and reminded us of the Huaca de la Luna that we visited in Trujillo. 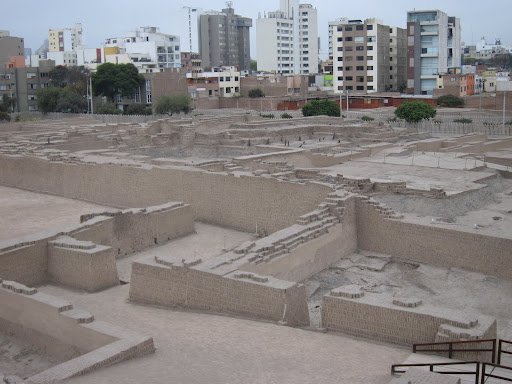 Although very touristy, we visited the new Parque de la Reserva that was refurbished in 2007. This park features 13 fountains that are lit up at night. 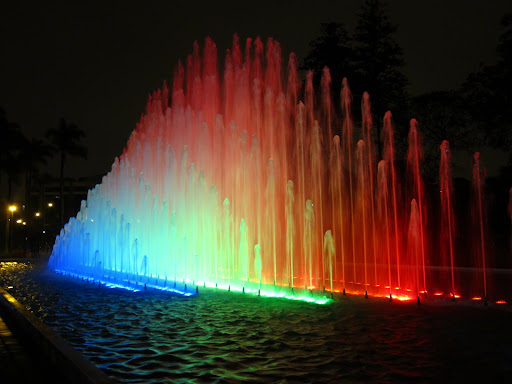 Some of them are interactive – a water bridge you can walk through and the fountain for kids which randomly spurts up water and makes for lots of laughter and wet children running around. It is one of the largest fountain parks in South America and holds a Guinness World Record for the highest fountain in the world (over 80m tall). We got a kick out of the main attraction – the nightly cheesy laser show at the Fuente de la Fantasia! 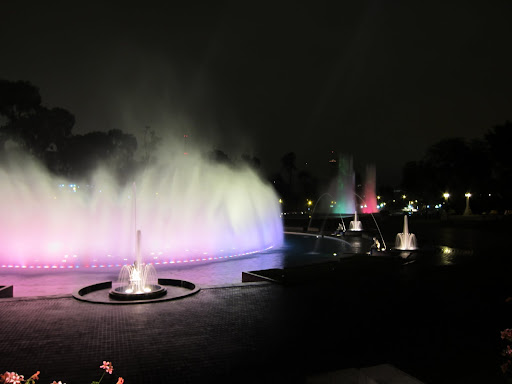 While interesting, we were ready to move on from Lima after a week in the city. It was time to warm up with something completely different – a trip into the Amazon.