As a country that has been heavily influenced by the United States, South Korea has picked up a lot of American customs and traditions. And in some cases, I would go so far as to say they have even made them better. Take, for example, Korean Baseball (KBO).

We noticed that two of the local teams in Seoul (there are actually three) would be playing each other while we were visiting. Since we hadn’t bought tickets ahead of time, we decided to head to the stadium early and try our luck. 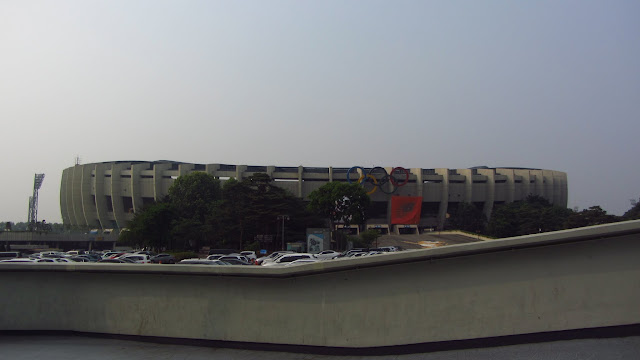 The two teams we were hoping to see, the LG Twins and the Doosan Bears both play at Jamsil Baseball Stadium, which was also used for the 1988 Seoul Olympics. There is seating for 26,000, but as we streamed out of the metro and towards the ticket counters we could see that it was going to be tough to get a ticket. 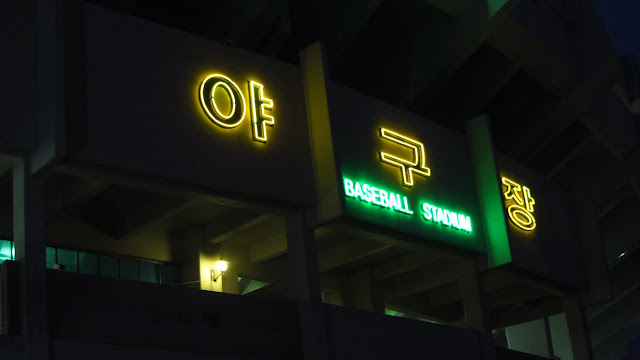 After some communication difficulties we were finally able to ascertain that the game was indeed sold out. As we turned around to leave, with the wind taken out of our sails, we asked a guy standing around if he knew where we might be able to buy tickets. It just so happened to turn out that he was selling a pair – at face value! So, for the bargain price of 15,000 Won (US$ 13) each, we snagged field level tickets just behind 3rd base. 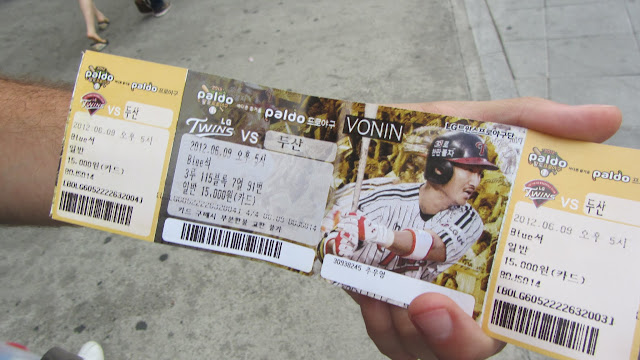 In addition to the very affordable ticket prices, we also noticed people were buying food and drinks (including alcohol) to bring into the stadium. In fact, the 7-11 right near the entrance even packed beers sold there in plastic bags with ice. I can’t imagine this ever happening back home! 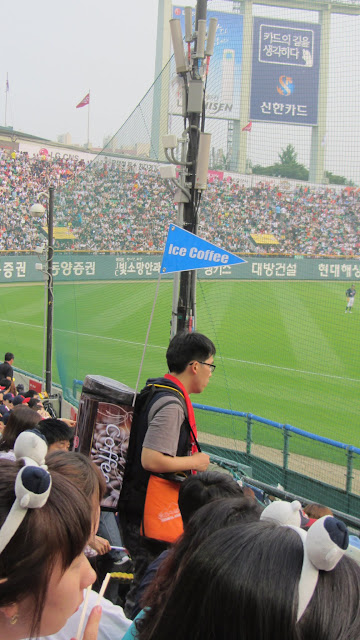 Like international soccer matches (though without the rowdy hooligans), they split KBO stadiums into two sections. Since we were watching two home teams, the stadium was packed and the energy was through the roof. We found ourselves in the Doosan Bears section, surrounded by fans wearing jerseys and caps of their favorite players. 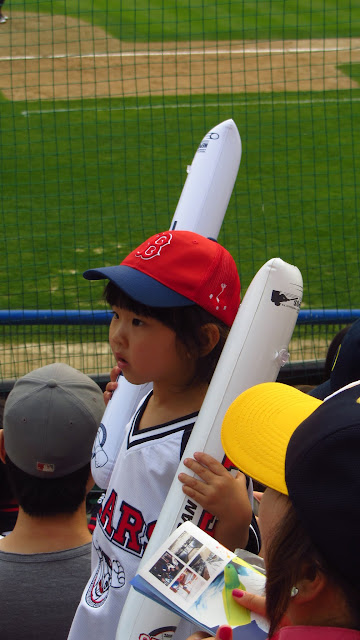 Before this game, I had never heard of baseball cheerleaders. Sure, we have goofy mascots to keep the kids entertained, but in South Korea the cheers and cheerleaders are taken seriously. Each player has his own individual cheer, and the cheerleaders keep the crowd singing along as they step up to the plate. 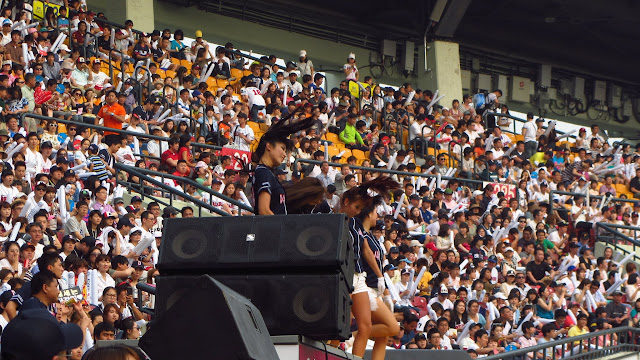 On top of all that, the fans go crazy with inflatable thundersticks, bringing the stadium to a deafening roar. 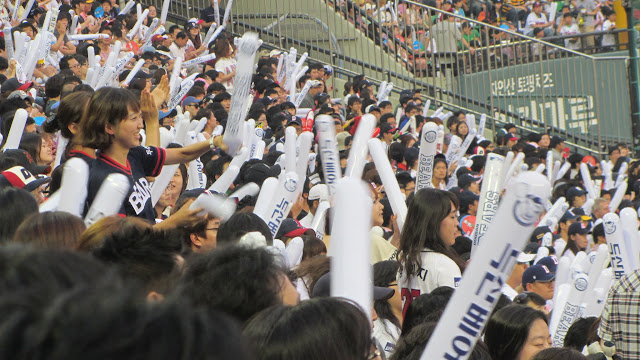 While our section’s team, the Doosan Bears, didn’t win the game, it was still a blast. This KBO game was one of the highlights of our visit to South Korea.