We were sad to bid farewell to the Galapagos, but after five days cruising the islands aboard the luxurious Galapagos Explorer II, it was time to get back to our “real life” roughing it on the road as backpackers.

While on the ship, we had no access to phones, internet, or even a newspaper, so by the time we were ready to leave we were a little concerned about the ongoing political situation that had flared up while we were getting ready to depart in Montañita. Luckily, we found an internet café at the airport before departing back to the mainland where we could check the news and plan our next steps. It appeared everything was indeed back to normal, so we decided to continue on with our plans to visit the city of Cuenca. 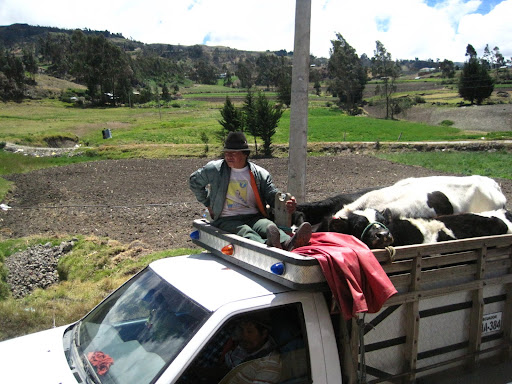 After our plane landed in Guayaquil, we boarded a bus for the journey back over the mountains to Cuenca. We’ve seen some wonderful scenery on the many bus journeys we’ve taken over the past six months, but this ride was possibly the best yet. After climbing up steep roads for a couple hours, we broke out of a layer of clouds to be greeted by a brilliant sunset. 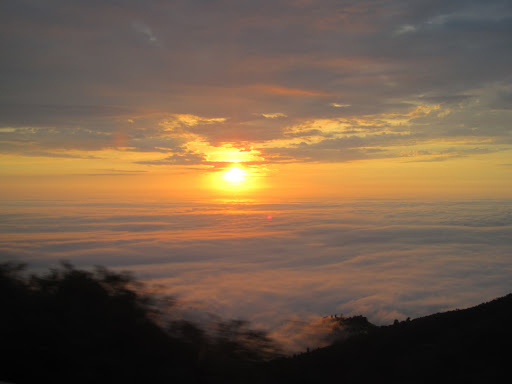 We took it pretty easy in Cuenca, enjoying a slower pace after the dawn to dusk schedule we’d been keeping in the Galapagos. While the third largest city in Ecuador, Cuenca still has a fairly comfortable small-town feel to it. It was the perfect place to unwind for a bit. We were also grateful to be in a fairly large city when Heather sat on her prescription glasses and broke both arms clean off – we had them expertly repaired within 24 hours. The city is famous for its colonial architecture, which we enjoyed both on foot and from an open-top tourist bus. 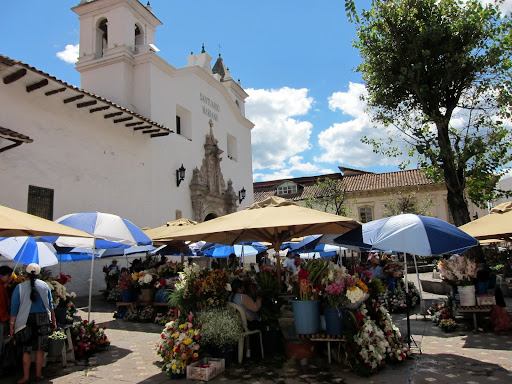 One interesting thing the city is also famous for is its traditional woven hats. These hats are commonly known as “Panama Hats”, even though they are made here in Ecuador. This is most likely due to a popular photograph taken of President Teddy Roosevelt while he was wearing one in Panama during the construction of the canal. 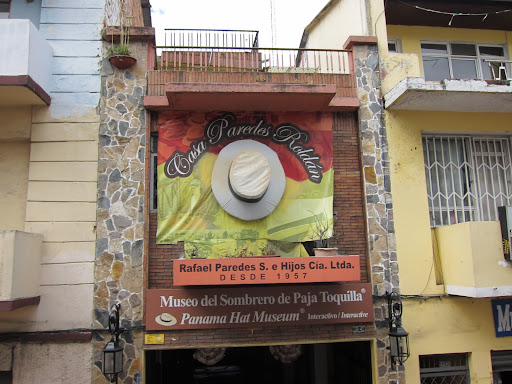 One day, we took a day trip to visit the Incan ruins at Ingapirca. We left early for the three hour local bus ride to the site, though we were delayed when a tree fell in the road. In typical Ecuadorian fashion, everyone (including the bus driver) rolled up their sleeves and started working to get the tree out of the way, with lots of whistling and shouting. Within ten minutes, the tree was cleared and we were on our way. While things often go wrong in places like this, you have to admire the way people pitch in and get things done. 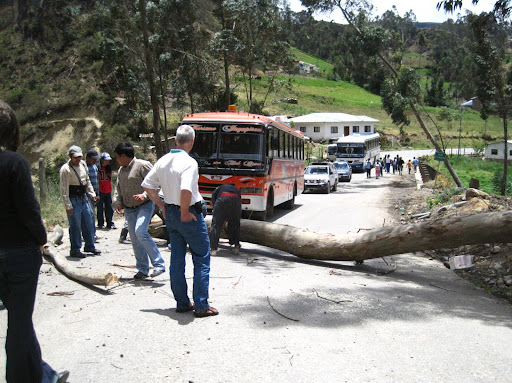 Ingapirca itself was nothing special. Most of the ruins were from the Cañari civilization, which was defeated by the Incans. The Inca only left a few remnants, such as the Temple of the Sun which was constructed using the common practice of perfectly chiseled stones, without using mortar. 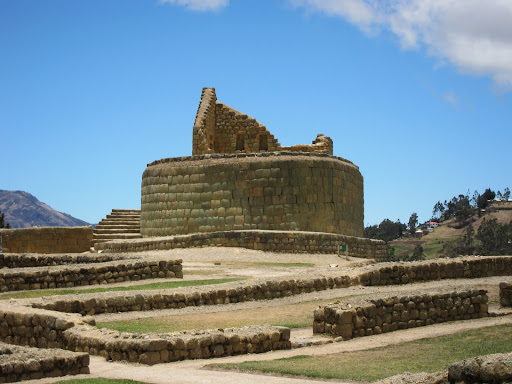 We only spent an hour at the site before jumping on another bus for the three hour return trip. While it was interesting for us to visit our first Incan site, it really wasn’t worth the 7 hour roundtrip bus journey. Then again, the bus journey was probably more interesting than the ruins – we passed some beautiful scenery, colorful markets, and small towns with lots of people in traditional dress. 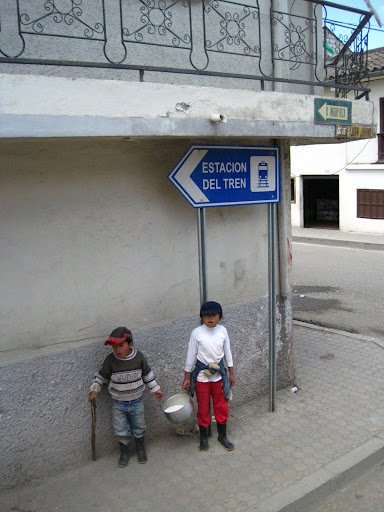 Sometimes the journey really is more interesting than the destination.

You can see more photos from Cuenca in our gallery.