While we had already spent a couple nights in Southern Thailand’s Khao Sok National Park, we weren’t done here just yet. After spotting the rare and magnificent giant Rafflesia flower, we decided to venture deeper into the park and spend a night on the lake. And when I say “on the lake” I mean it! At Khao Sok the National Park has built a serious of amazing floating bungalows, allowing visitors to literally jump out of their front door and into the beautiful and serene waters of Chiao Lan Lake.

We left our large packs at our resort in the Khao Sok village and boarded a minivan for the hour and a half drive to Ratchaprapha Dam. This large dam, built in the early 1980s, is used to power a hydroelectric station which supplies electricity to most of Southern Thailand. The huge Chiao Lan Lake which was created by the dam is now surrounded by towering limestone mountains. 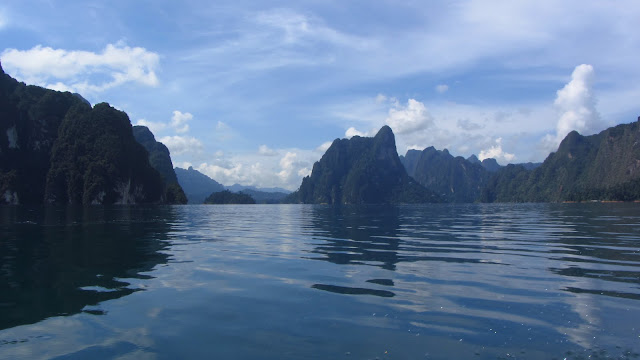 Our group met our awesome guide Jack and piled into longtail boats at the dam and we made our way across the lake, towards our floating bungalows. The ride was incredibly scenic, and we asked Jack to stop a few times so we could go crazy snapping photos. 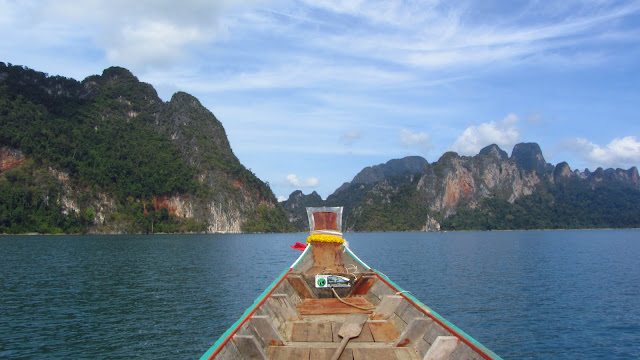 Soon, we arrived at the bungalows. They have to be one of the most unique places we have ever stayed! 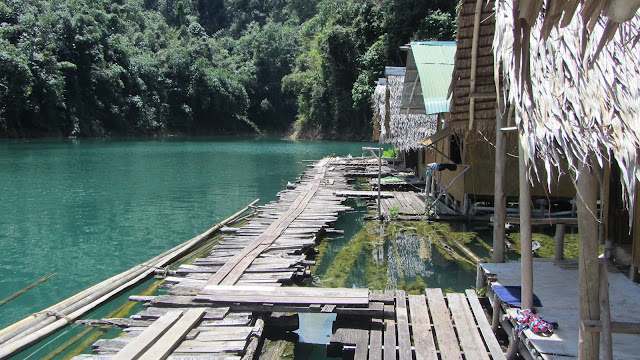 We were a little worried about the structural integrity after noticing missing and loose planks, nails sticking out, and parts of the walkways which were sinking under the weight of passing guests. 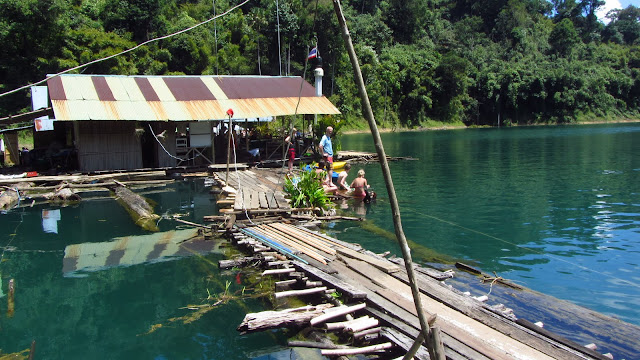 Putting aside these fears, we tucked into a nice lunch, dropped off our bags in our bungalow, and jumped into the lake. The water was warm, clear, and absolutely perfect. I kept on saying to Heather, “I can’t believe this is a lake!” Definitely the best lake swimming I’ve ever come across. 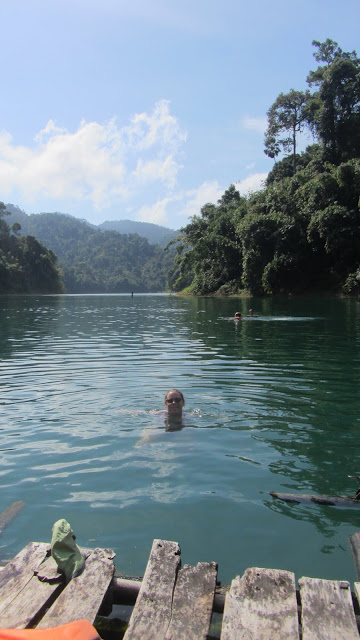 That afternoon, we followed Jack on a hike. He told us to bring our headlamps, swimming suits, and good water shoes (thank God for Keens!), as we would be heading into a nearby cave. 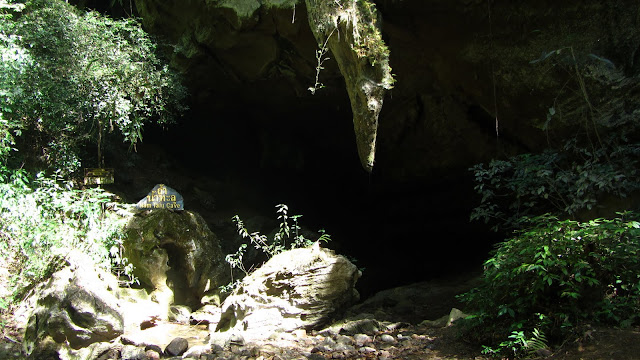 Inside the cave, Jack pointed out the bats clinging to the ceiling. 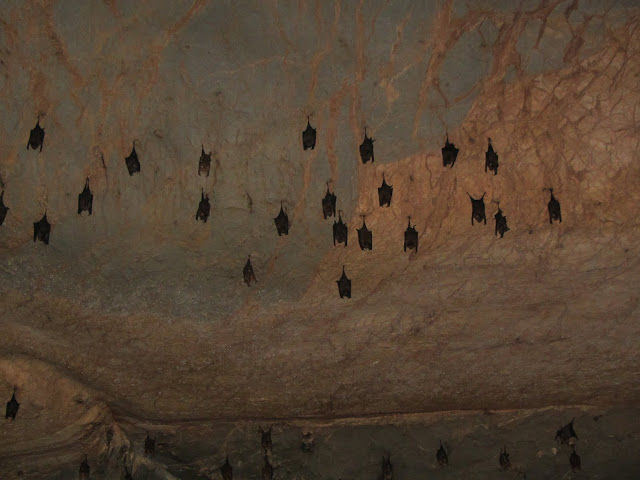 We also saw a lot of spiders. 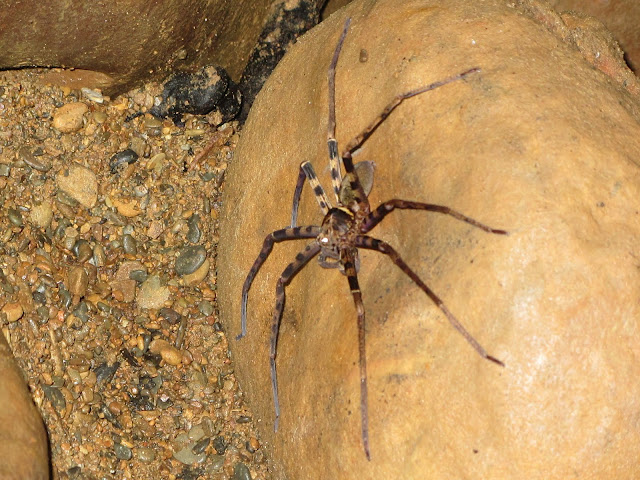 And of course there were a lot of interesting rock formations. 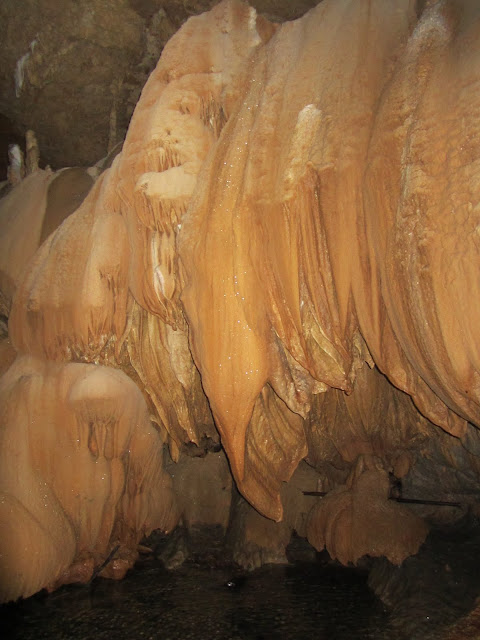 Soon, we entered the freezing cold water. At first it was possible to wade, but then the water got deeper and deeper, and soon we were paddling. 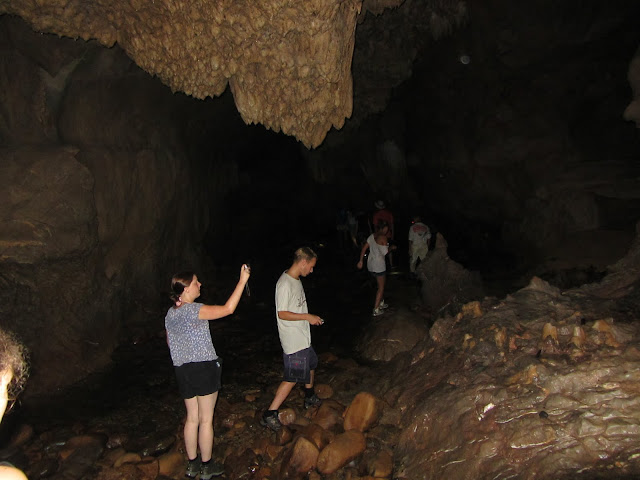 Eventually, we made it through, spotting the light at the far end and crawled back out into the jungle. While we re-acclimated to life above ground, Jack told us about the tragedy that occurred in that same cave a few years before. At that time, a flash flood swept through the cave, filling it completely with water while tourists were doing this hike. Sadly, many people did not make it out, including two guides. Our guide Jack helped out in the rescue operation. 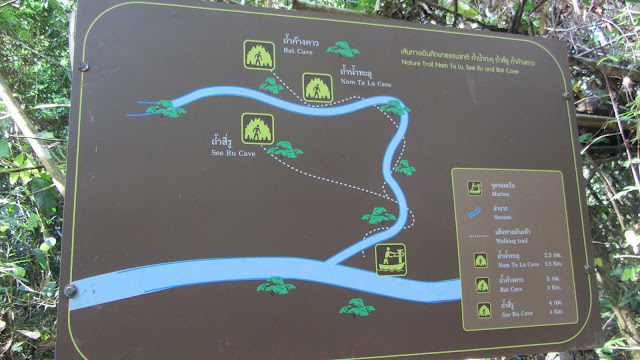 We walked a little longer through the jungle before heading back to the bungalows for dinner, featuring a fried fish caught from the lake. Then, we headed out in the longtail again for a night safari on the lake. We didn’t spot much, but it was still fun. 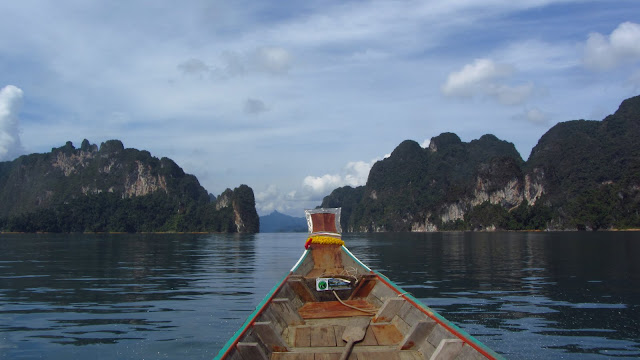 Back at the bungalows, we had a cold beer and chatted with our groupmates, before retiring to our bungalow and calling it a night. 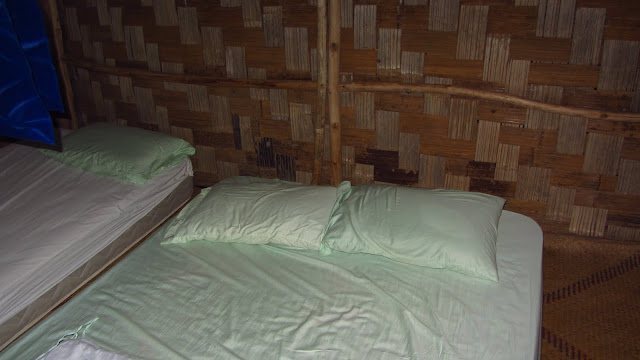 The next morning, we awoke to the amazing sight of mist rising over the lake. Heather and I grabbed one of the complimentary kayaks and paddled around, taking in the beautiful and serene scenery. 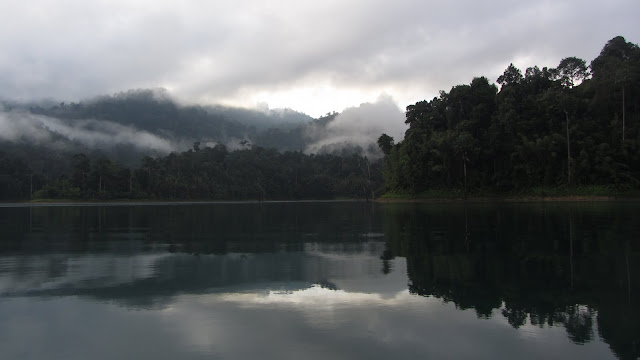 There was one more nature walk scheduled, and before we knew it, it was already time to say goodbye. We could have easily stayed many more days on the lake, but unfortunately we had to keep moving. We’re so glad we made this stop at Khao Sok National Park and would encourage anyone visiting Southern Thailand to check it out!