While we had a rough start in Bolivia’s capital city, all was not entirely terrible.

To start, Heather took advantage of the cheap prices in the city by getting her hair cut. She had needed a haircut for at least the past three countries, so I was very surprised one day when she arrived back at the hostel with a beautiful layered look that she said would have cost more than US $100 back home. Here in Bolivia, it came to a grand total of US $4 (including tip). 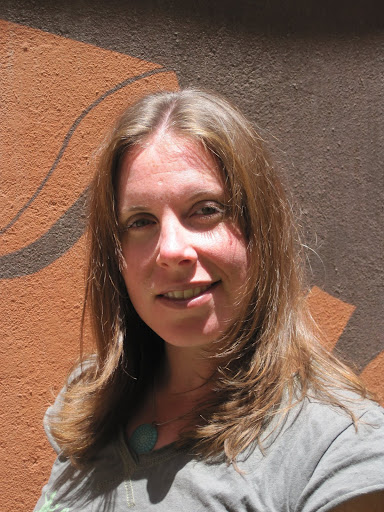 One day, while Heather and Michele were exploring the city, they bumped into a well-dressed man on the street in front of a concert hall. In perfect English, he told them the concert on that night and the next was excellent, with an Argentinian tenor accompanying the Bolivian National Symphony Orchestra. They picked up tickets and we ended up at the performance the next evening. The girls were shocked to see that the guy that had recommended the concert on the street was the conductor! We enjoyed a night of “culture” on the cheap – our first classical concert of the trip. 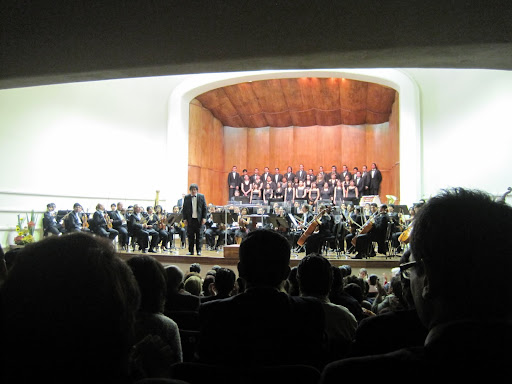 Another surprise came the day we accompanied Michele to the hospital for tests related to an intestinal parasite and chest infection. After her tests were completed (unfortunately, both positive), we headed to what had to be the nicest restaurant in La Paz for brunch, El Consulado. This gourmet breakfast was likely the best we’ve had the whole trip, rivaling the most expensive brunches at home. At about $7, it was a bargain. 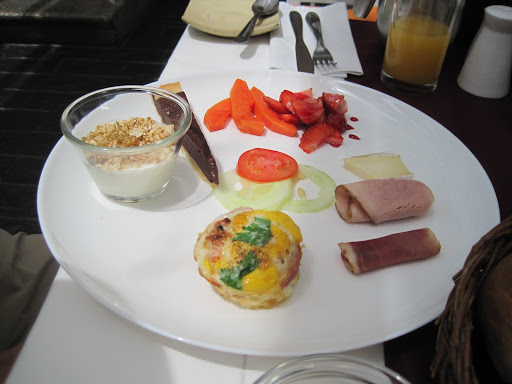 The museums in the city were also cheap, with most costing no more than US $1. Among the interesting ones were the museum of musical instruments, which featured many guitars, drums, and other local instruments. Some were made out of exotic animal parts such as armadillos, turtle shells, and toucan beaks. 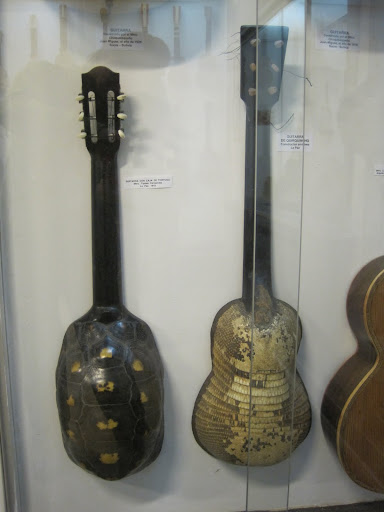 Another was the Museum of Contemporary Art, housed in an old Victorian building designed by Gustave Eiffel (of Eiffel Tower fame). A series of interesting murals depicting Che Guevara, who was assassinated in the Bolivian jungle, were on display. 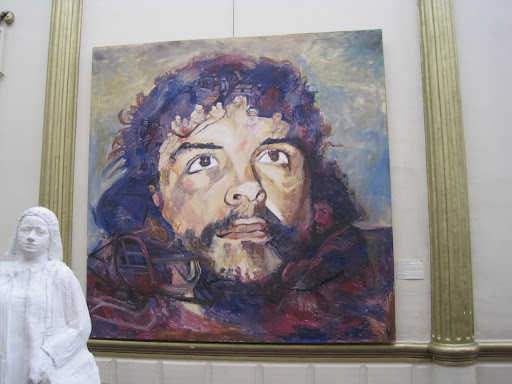 Finally, we took a day trip to the ruins of Tiwanaku, near the shores of Lake Titicaca. This civilization was an important pre-cursor to the Incas, dating back some 2,000 years, and the Tiwanakus were very skilled workers of stone and pottery. 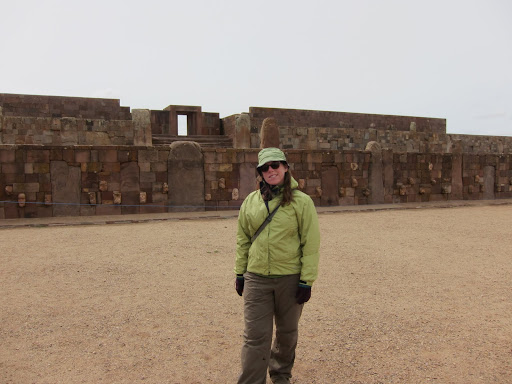 A number of impressive stellas, gates, and walls dot the site. 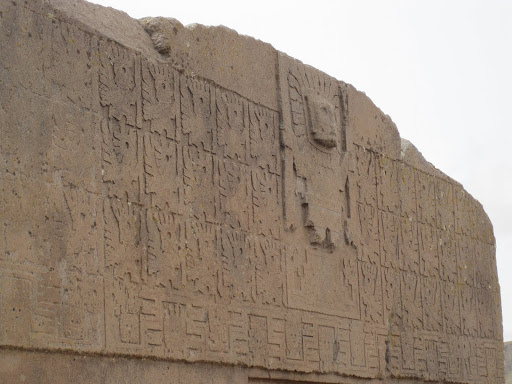 In one area, a semi-sunken courtyard features dozens of carved stone heads embedded in the surrounding walls. 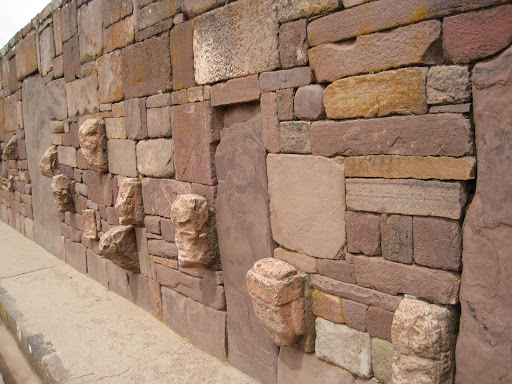 Remarkably, each head is unique and distinctly different. Our guide told us that some theories believe these heads represent all the known races of man on Earth. 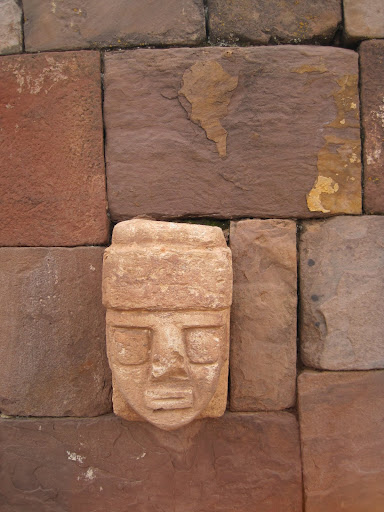 There was one more interesting part of La Paz, too weird to mention in passing – the San Pedro Prison. Stay tuned to our next post for details on how we willing decided to “break in” to what is quite possibly the world’s strangest prison.