Nicaragua was noticeably poorer than neighboring Central American countries we had visited, and we were prepared for travel conditions to be difficult. From our first stop in Leon, we grew accustomed to the crumbling infrastructure, frequent blackouts, water outages, and work horses pulling carts down city streets. Years of political and economic misfortunes have dealt this country a bad hand; it is the second-poorest country in the Western Hemisphere, after Haiti. As more and more travelers spread the word about this beautiful country, though, tourism continues to develop – it is now the second largest industry in the country and growing at a very fast pace.

One must-see area in Nicaragua we kept on hearing about from other travelers was Isla Ometepe – the largest freshwater island in the world, which was formed by two volcanoes sitting in the massive inland sea of Lake Nicaragua. The island offers an even-more rustic setting than the mainland, with unspoiled nature, clean beaches for swimming in the lake, and friendly people (which were spared any conflict during the wars). I was about to turn 30, and decided Ometepe would be a nice, relaxing way to spend my birthday. 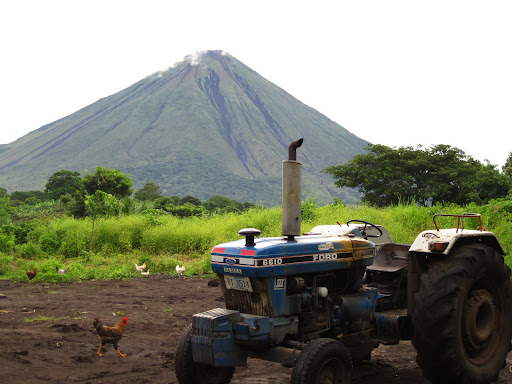 On the ride over from Granada, we met a trio of cool Brits, who were following a similar path through Central America down to Panama City. After departing the ferry on Ometepe, we teamed up to split the expensive cab ride around to the other side of the island. While there is only one road around the island – it is mostly unpaved and very muddy and bumpy – making travel complicated and expensive. After our first choice hostel was booked, we settled on a place on Playa Santo Domingo – a stretch of beach on the small isthmus connecting the two volcanoes which form the island. 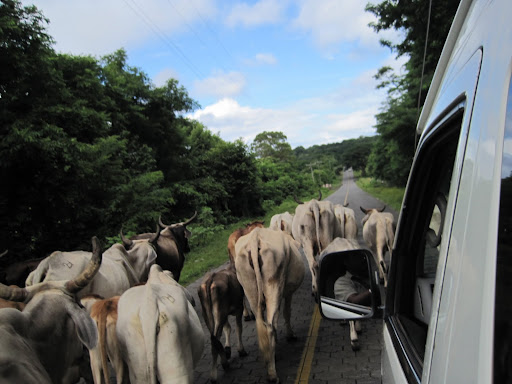 We took it pretty easy the next couple of days, relaxing on the beach, hanging out with our new friends, and taking dips in the water. The lake is one of the few places in the world with freshwater sharks (bull sharks), but luckily we did not encounter any! 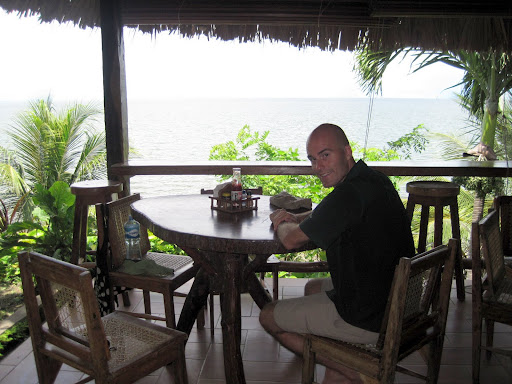 Since it was so difficult to get around the island, we stayed close to the isthmus. Luckily, we were close to some beautiful freshwater springs, called Ojo de Agua (Eye of Water). The water there was cold, but refreshing – and a nice change from the cloudy lake water. 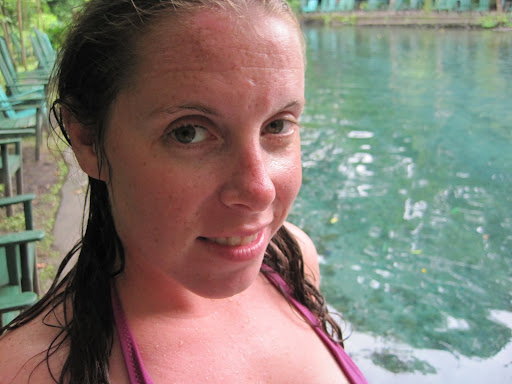 Walking back to the beach, we passed right by this grunting sow, with her six little piglets, including a tiny runt, following her across the street. We panicked when we saw a bus approaching and tried to warn the driver. Luckily, the pigs narrowly escaped an early demise under the wheels of the fast-moving bus. 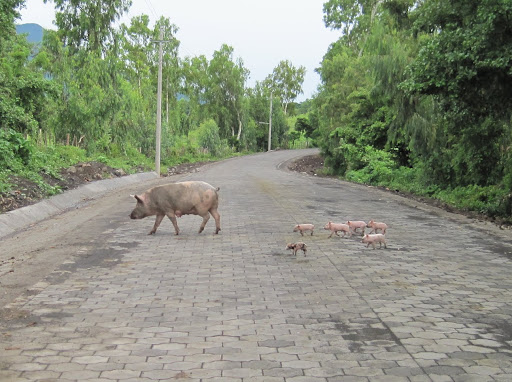 At night, there were only a couple of bars and restaurants open, and most closed fairly early, so we were appreciative when we found a bar that stayed open late for us each night. The Brits taught us a number of card games, which we enjoyed playing over bottles of the famous Nicaraguan rum, Flor de Caña. 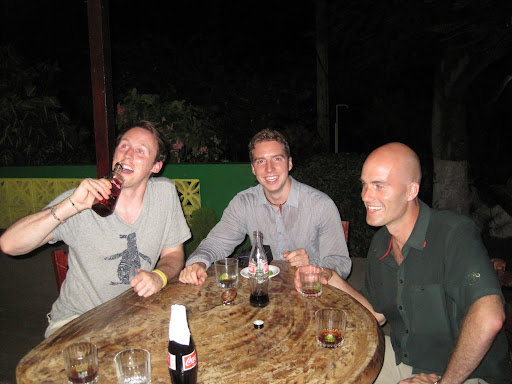 On the night of my birthday, and our last night in the country, we had a great time at the bar. There was a blackout, so the owner somehow rigged up his motorcycle to run the music and lights. Heather had me blow out a candle to mark the occasion. 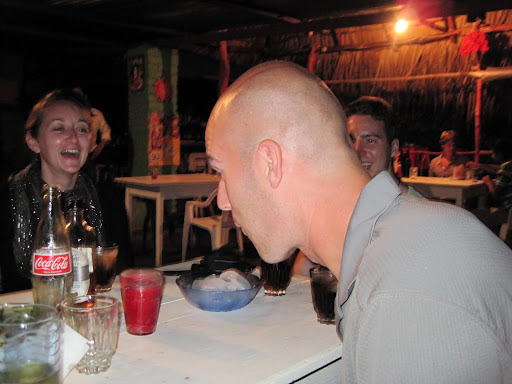 Many laughs, drinks, games, and stories followed as we celebrated – a tiny glowing dot surrounded by blackness, in this tranquil, remote place.