From Kaikoura, we headed south along New Zealand’s gorgeous Pacific Coast towards the South Island’s largest city, Christchurch. Along the way, we stopped at one of the small wineries in the Waipara region, about an hour north of the city. Like Martinborough, near the North Island city of Wellington, the Waipara region is renowned for its Pinot Noir. We enjoyed the wines we tasted, but the world-famous Marlborough Sauvignon Blancs remain our favorite New Zealand wines.

Christchurch is located in the Canterbury region of New Zealand, an area that was originally settled by English immigrants. To this day, much of the population can trace their roots to the British Isles, and the city has a distinct Old English feel to it. As we drove towards our hostel, we spotted many of the churches the city is famous for. Sadly, many churches were damaged and destroyed from the deadly earthquakes that have been rocking the region over the past two years. More on that in a bit… 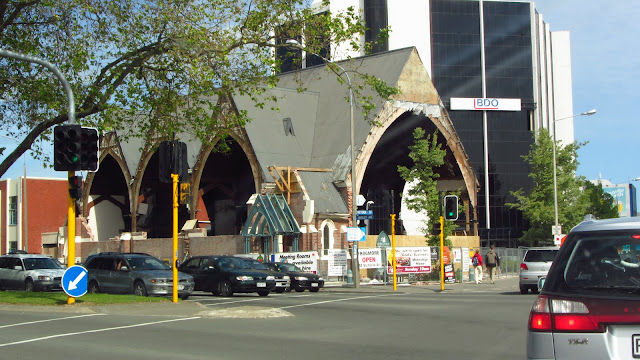 Throughout New Zealand, we generally stayed in holiday park cabins, which were cheaper and more convenient for us, since we were travelling by car. That said, we had heard about a very special hostel in Christchurch that would be worth breaking this trend – Jailhouse Accommodation. 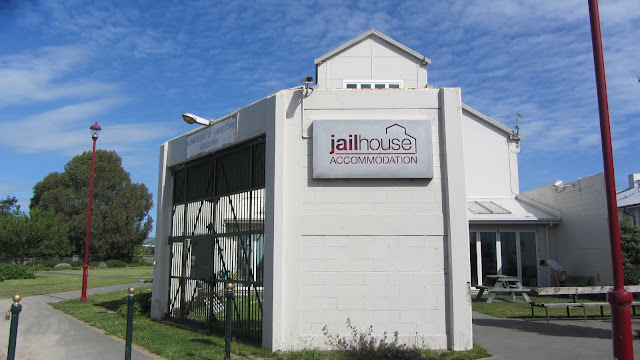 As you can probably guess from the name, the hostel is housed in an old jail – the former Addington Prison which was active from 1874 through 1999. In 2006, it was acquired by a local couple that converted the cells into dormitories, private rooms, and public spaces to give backpackers a little sense of what it’s like to do time in the “slammer.” 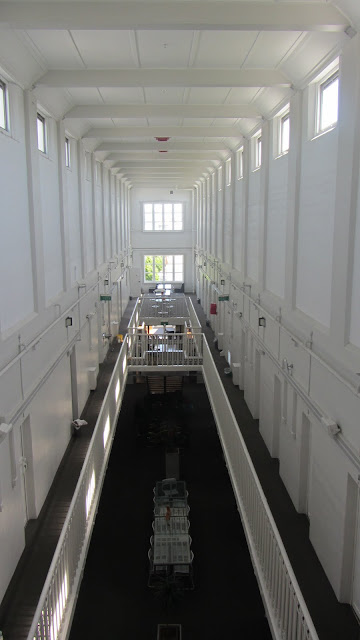 The hostel owners did a great job renovating the facility and dutifully preserved many of the prison’s original features. Our small private room (cell #29) still had its original heavy steel door in place, graffiti carved into the walls, and many other reminders of its previous inhabitants. 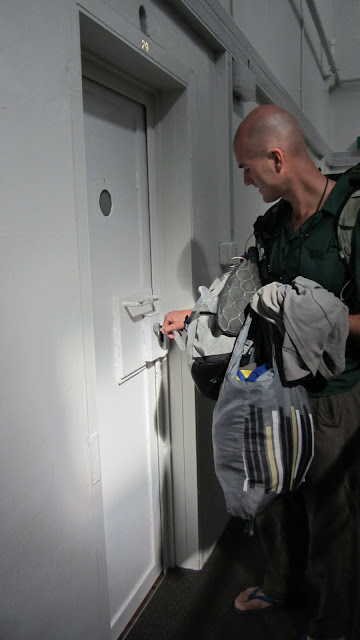 A few areas have been left completely untouched, including one of the original solitary confinement cells. 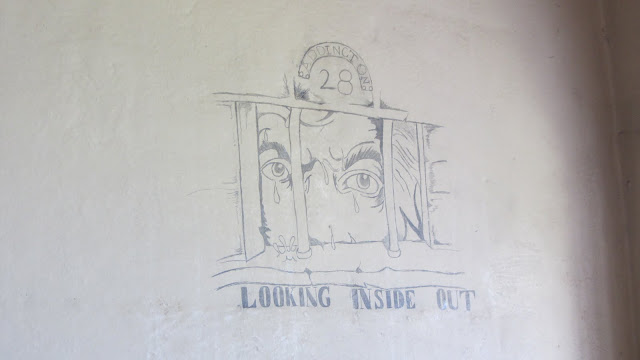 After exploring this super-cool hostel, we laced up our shoes and headed out to explore the city. The jailhouse hostel is located at the edge of the Central Business District, where hundreds of buildings and entire city blocks were deemed unsafe after the earthquakes. 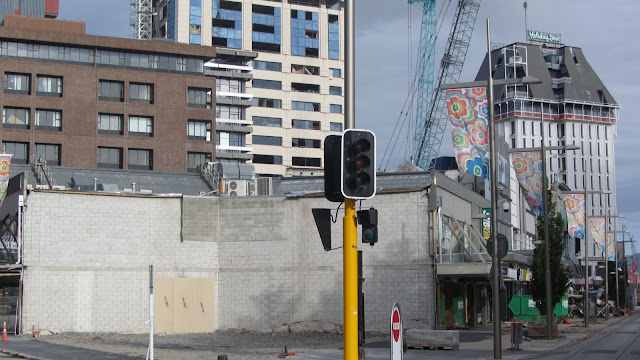 We walked through this once-busy area, now quiet and nearly deserted. 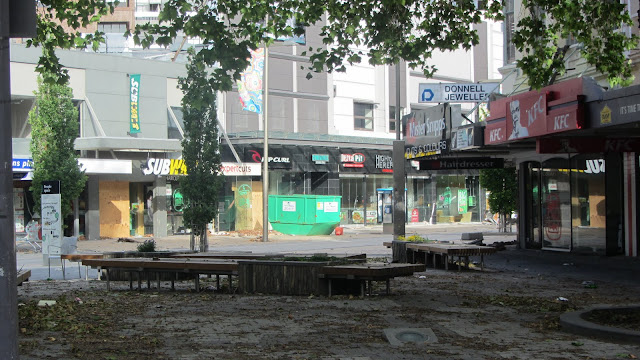 A large part of the center, including Christchurch’s iconic cathedral has been completely off limits to the public since the quakes hit. Luckily, we were there on the first day they were offering limited access to this area in an effort to share the clean-up progress with the public. 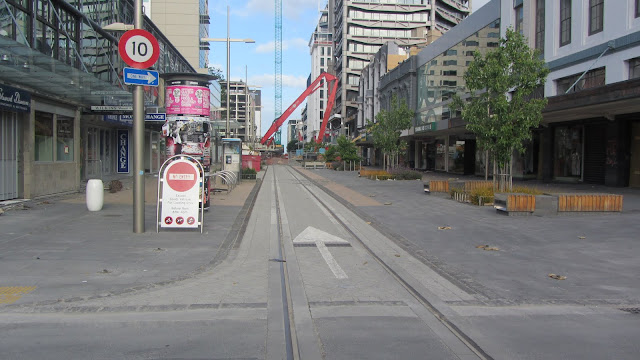 A small corridor was opened up through one of the main central streets. Nearly all of these buildings are slated for demolish. 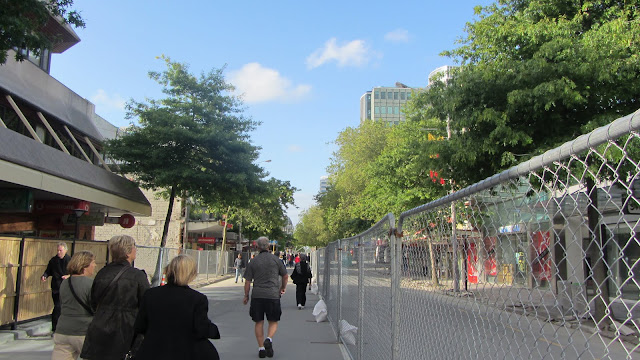 Through the windows of the restaurants, shops, and offices, one can spot the signs of a hasty evacuation: merchandise strewn over the floors, restaurant tables still set for dinner service, and old signs hanging above doors. 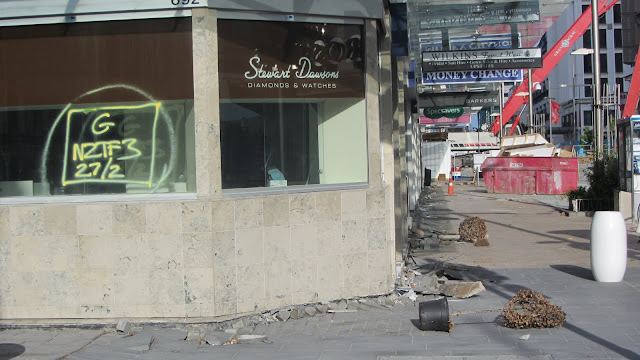 The public corridor brought us to Cathedral Square, where the remains of the iconic Christchurch Cathedral now stand, waiting to be deconsecrated and demolished. We stood with the locals, themselves standing here in the Red Zone for the first time in months since it had been cordoned off, shocked and saddened by the sheer scale of the destruction. 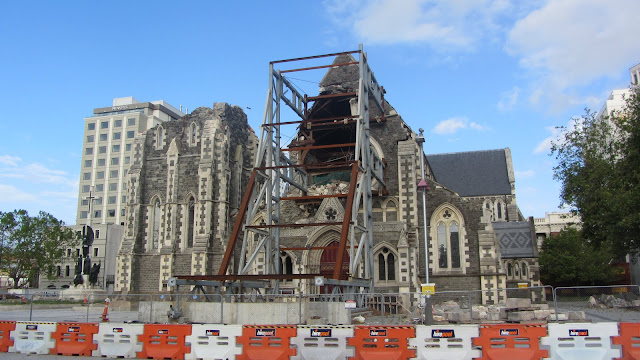 Nearly 1,000 buildings in this area are slated for demolition – about one in every four. To make matters worse, frequent aftershocks rattle the city, causing a liquefaction process in the ground below. This is further destabilizing the entire area, causing small ripples to spread out and shake the ground like Jello. 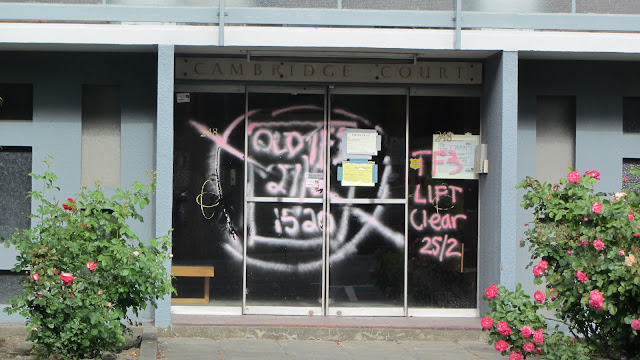 With so many challenges, rebuilding this city – New Zealand’s second largest – will be extremely challenging. Many residents have already given up and left. It’s hard to imagine the city ever fully recovering from such a disaster.