While exploring the beautiful city of Puebla, in central Mexico, Heather found out about Cuexcomate, what has been called “the smallest volcano in the world.” Since it’s located deep in some quiet suburb, the only good way to get there is by cab (be sure to make el chofer wait!). I had my doubts about whether this was worth the time and expense, considering all the other amazing things there are to do in the city, but Heather talked me into it.

We pulled up on a small, nondescript park, complete with the usual features: park benches, walking paths, and a water fountain. And there it was – sitting in the middle of the park – Cuexcomate.

The world’s smallest volcano is not an awe-inspiring sight. I did not fall to my knees and weep tears of joy. Instead, I annoyed Heather with my flippant exclamation, “we came all the way here for this?!” 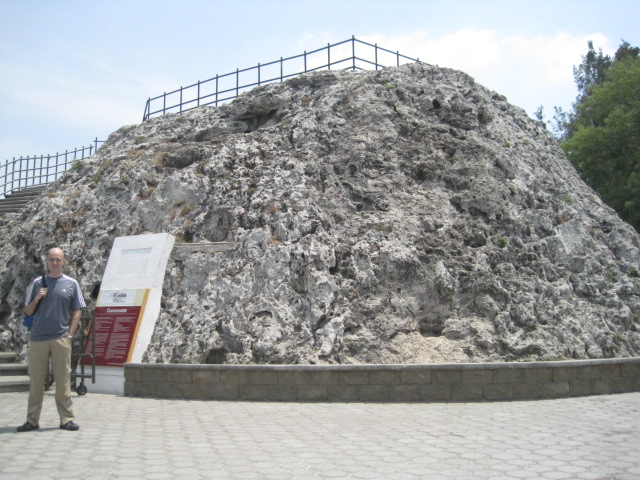 Cuexcomate is only 43 ft high (13 m), with a base diameter of 75 ft (23 m). The name comes from the local nahuatl language and means “mud pot,” and it’s believed to have been created during a violent eruption of Popocatepetl in the year 1064.

Popocatepetl is a very large and active volcano sitting smack dab between Puebla and Mexico City. It makes the news for its frequent eruptions, which have recently shutdown air traffic in the region. There is even the fear that “Popo” will really blow its lid someday soon, jeopardizing tens of millions of people that live in this major populated area.

Luckily, Cuexcomate is extinct. And technically, it’s just a geyser. OK, that’s not as cool as a volcano, but how about this for a fact: they used to make human sacrifices here! 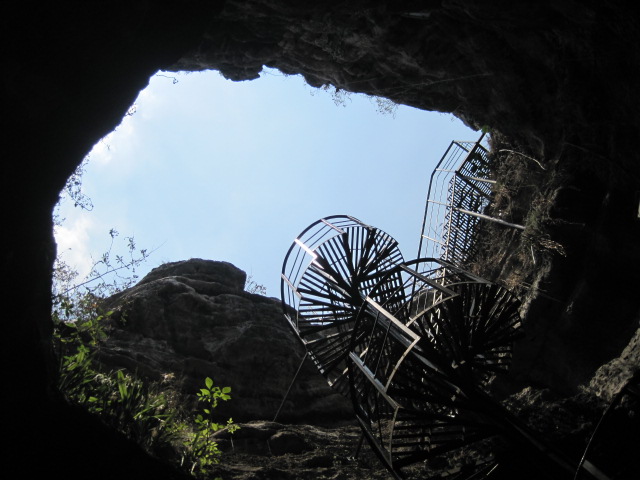 A staircase has been installed, allowing visitors to climb down into the crater. We ventured in for a peek, and shot a little video there:

Right after we had recorded this video, Heather was taking a picture of me on the metal staircase. As she backed up towards the edge of the platform, the expensive prescription glasses she had sitting on the top of her head fell off, bounced past the fence, and over the platform deeper into the crater. 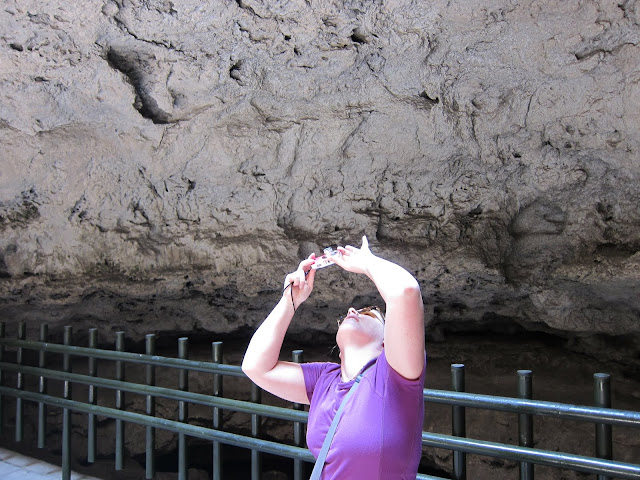 We weren’t going to let the volcano claim her glasses! I hopped the fence and went down a further few feet to pluck them out. 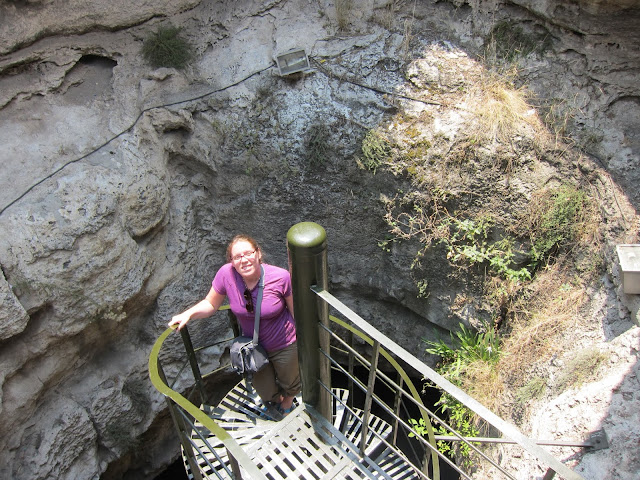 Cuexcomate is in the La Libertad suburb of Puebla. If travelling by car or taxi cab, you can make a stop here on the way to Cholula.

6 thoughts on “Cuexcomate – The Smallest Volcano in the World – Puebla, Mexico”