Brisbane seems to get a bad rap from travelers. Many people we met going up and down Australia’s East Coast told us “Brissie” is dreadfully boring and only useful as a place to change buses on the way to more interesting destinations.

Needless to say, we didn’t have high expectations for Queensland’s capital and most-populated city. So, we were pleasantly surprised to find a relaxed, clean, and interesting city.

After getting situated in our hostel, we spent the afternoon getting the lay of the land by exploring the city on foot.

We walked through some sort of wild zombie flashmob, before strolling through the beautiful botanical gardens, and making our way across the river to the South Bank. 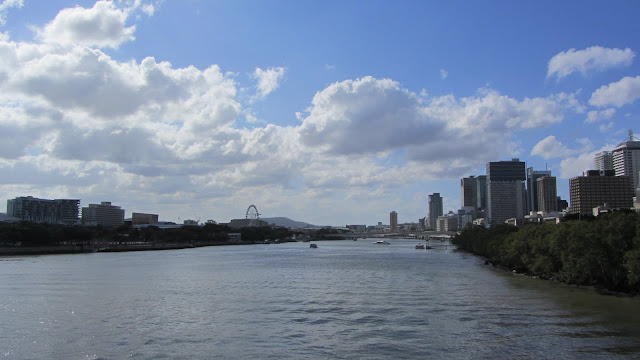 This riverside area is home to many museums and cultural institutions and features a spectacular waterfront park. 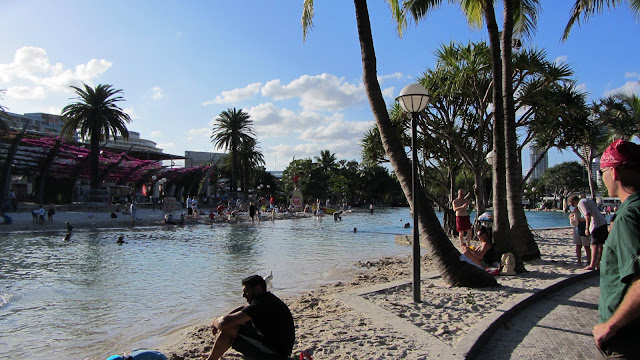 We stopped in at the excellent Queenstown Maritime Museum, which is located around the historic 1870s South Brisbane Dry Dock. On display was the small sailboat Ella’s Pink Lady, which 16-year old Jessica Watson sailed around the world in 2009-2010 to become the youngest sailor to circumnavigate the world non-stop and unaided. Unfortunately, technicalities prevented the feat from being accepted by some record-keeping agencies. 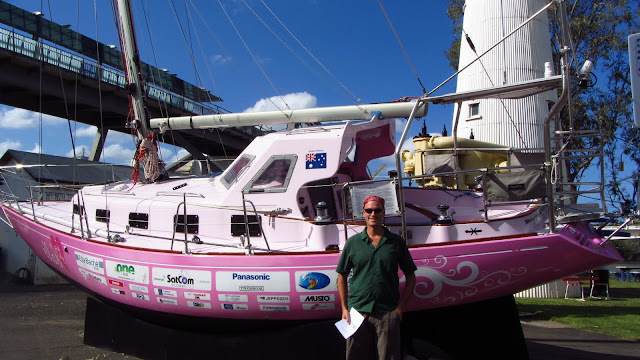 Also featured was the HMAS Diamantina, a Navy ship that saw service in World War II. The best part, though, was the dry dock itself. A staircase has been constructed allowing visitors to descend right into the bottom of the emptied dry dock. It was pretty impressive standing underneath a dry-docked warship! 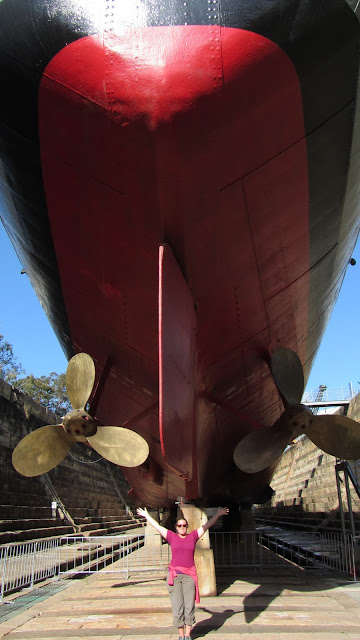 While in Brisbane, we met up with our friend Lawrence, who we met on our Perth to Exmouth Western Australia tour, and took the Mirimar boat up the Brisbane River to the Lone Pine Koala Sanctuary. Along the way, we learned a bit about the city from Mirimar’s entertaining commentary. We also saw some of the destruction caused by the devastating 2011 Brisbane Floods. 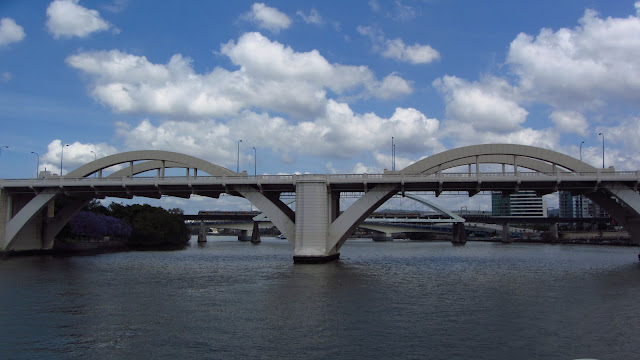 Lone Pine, established in 1927, is the world’s oldest and largest Koala Sanctuary. We had a blast getting to meet some of the 100+ koalas there, especially the one we got to cuddle! 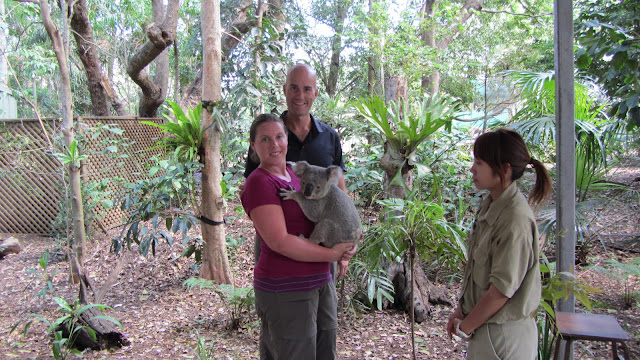 Strict regulations limit koalas to a maximum of 30 minutes cuddle-time with visitors and they are very particular about where and how you hold these fuzzy-bottomed gremlins. It does pay to be careful, they have very sharp claws and can get aggressive! 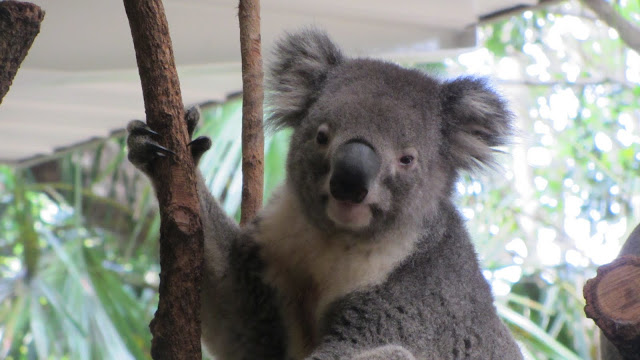 Besides Koalas, there are many other native Australian animals to see at Lone Pine, including Tasmanian devils, wombats, emus, and of course, kangaroos. 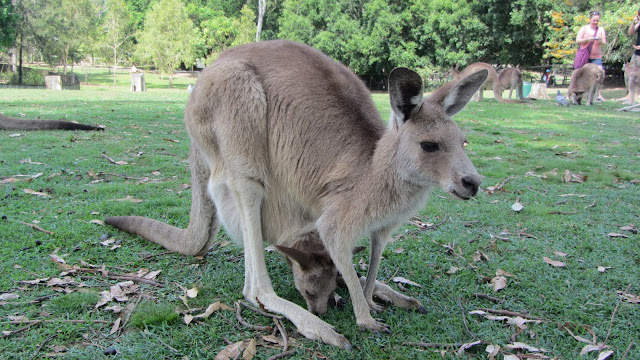 We once again enjoyed feeding the resident kangaroos, like we had recently done at Steve Irwin’s Australia Zoo. The kangaroo sex (more like kangaroo rape) was a little more disturbing, though. 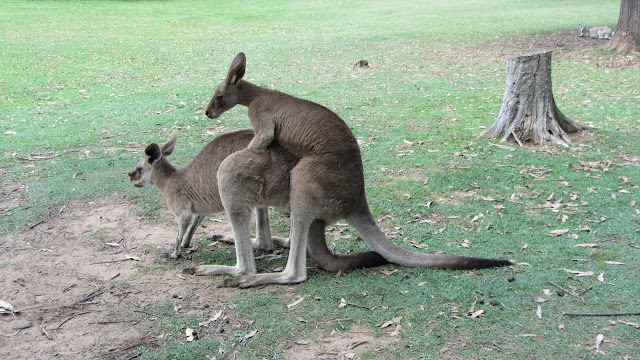 After a few days in Brisbane, we’d had enough of city life, and decided to pack up and head over to nearby Stradbroke Island.