While only half ready to say goodbye to Central America, we headed to the airport for our quick flight over the border. Erik got us and our new friend Michele who we met at the hostel into the very “unbackpacker” lounge for some pre-flight beverages and snacks. Knowing that our flight from Panama City to Cartagena would have us arriving at nearly midnight, we’d booked a hotel ahead of time to ensure we’d have a place to sleep. Being a person who dislikes flying, I was quite scared when we had to walk across the tarmac to our very small plane. With only 32 seats, I was holding my breath for a while, but in just over one hour, we’d touched down onto our second continent – South America!

The airport in Cartagena was very welcoming with beautiful trees and flowers. We grabbed our backpacks from the baggage carousel and hopped in a cab with Michele who was meeting her friend at a hostel near our hotel. As we got closer to our accommodations, the cab driver told us repeatedly what a dangerous area we were staying in and that he knew of a great, cheap, safe place where he could take us. We’d seen this trick before as it’s a common scam they use to get a nice kickback from the hotel. But as we continued some seedy characters we saw had us thinking he may just be right. We dropped Michele off at her hostel and turned down a small, dark alley towards our hotel. Fantastic.

As our cab driver dropped us off, we were greeted by a very confused looking night guard. Apparently, the hotel was booked and there was no room for us. I found myself quoting to Erik lines from a famous Seinfeld episode. “That’s the most important part of a reservation – the holding. Anyone can take a reservation.” But I didn’t think it would translate well in Spanish. A long rant ensued where I used the most forceful Spanish in my arsenal, along with some other languages mixed in. Within minutes, we had a hotel escort carrying our bags half a block where their sister hotel had a room waiting for us. In the morning, Erik’s research paid off and we found a nice hotel (Hotel el Viajero) in a good part of town with cable TV, free wifi, A/C and a great bakery next door that made fantastic fresh juices. 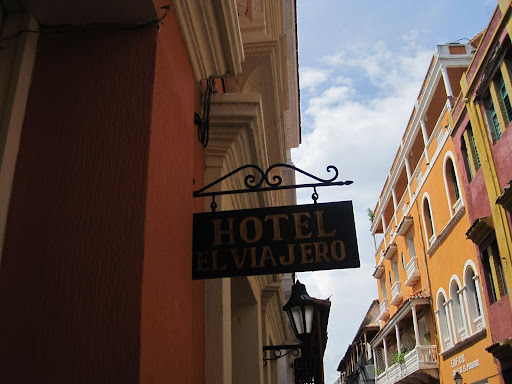 After a nice cheap set vegetarian lunch, we set off for the huge old fort – Castillo de San Felipe. Cartagena was a storage center for goods moving to and from Spain and forts and walls were built of brick, stone and concrete to protect this port city from the sea approaches. The Castillo is massive and is the largest Spanish fort built in the Americas. We had fun exploring the series of underground tunnels. The huge Colombian flag made for some wonderful photos and really had us feeling quite misty as it finally set in – we were in South America. 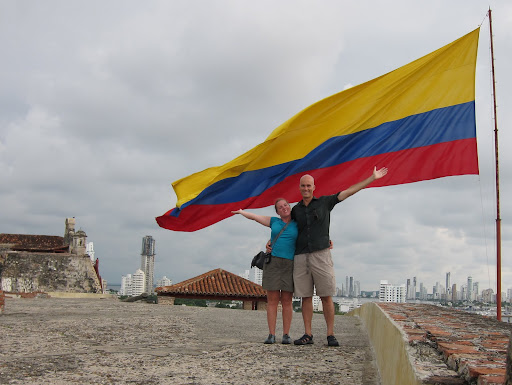 We watched the gorgeous sunset twice from atop the walls of the Old City and had a delicious dinner at an Indian restaurant, believe it or not. We took full advantage of the delicious fruits in Cartagena. We had no idea that Colombia produces over 100 exotic fruits, most of which we had never heard of before. Fresh fruit served cleanly from streetcarts made for yummy breakfasts, along with pastries from the bakery next-door. I found my new favorite juice – mora, which is a bit like a cross between a blackberry and a cranberry. Tart and delicious. 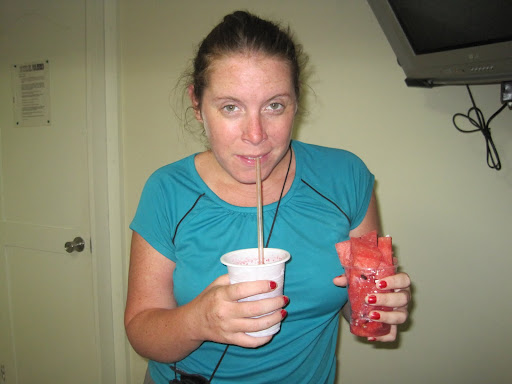 One day while Erik was working, I visited the Museo de la Inquisición. This beautiful colonial building housed a complete collection of old torture devices, including a guillotine and gallows. It was quite scary, though there were little placards next to each device stating that none of these devices were ever used in Cartagena. 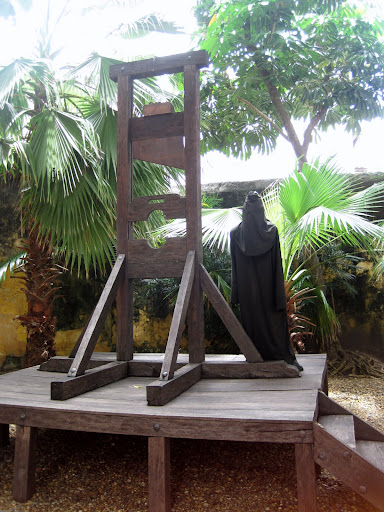 Later that day, I met Michele and her friend Nirmal for lunch. It was nice to catch up with them and we met up later for dinner and drinks.

One day, we ventured to the beach in town, Bocagrande, and it was not pretty. The beach was very dirty with thousands of hawkers trying to get you to buy things or get a massage on the beach. We were going to take a daytrip to Islas del Rosario which is supposed to have a nice beach, but Michele and Nirmal said it was even worse, so we decided to give it a miss. 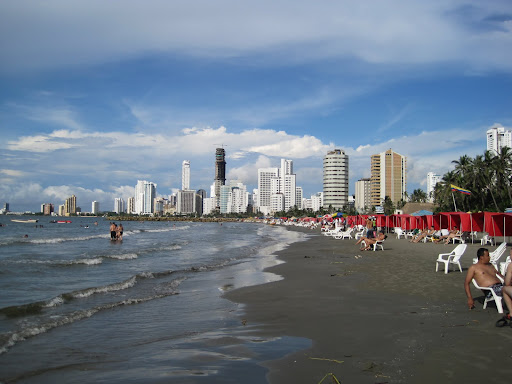 Although a bit rough in spots, we enjoyed the fort, the old walled city, the traditional street dances and the delicious fruits and juices available on every street corner in Cartagena.