Situated between the beach resort of Nha Trang and Southern Vietnam’s buzzing Ho Chi Minh City metropolis, the small city of Dalat offers tourists and locals alike the opportunity to relax and cool off in the high mountain altitude (1,500 m). Originally built by the French as a hill station to escape the stifling heat of HCMC (Saigon), Dalat’s classic European architecture, well-manicured gardens, and rolling green hills resemble something like you might see in the French Alps. With wide, tree-lined avenues and a large radio tower that resembles the Eiffel Tower, some have even taken to calling Dalat “Le Petit Paris”. 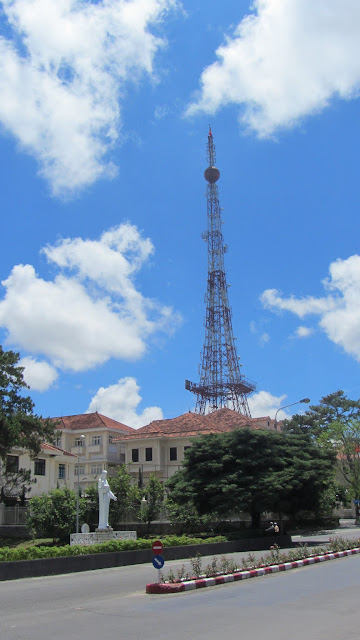 We lucked out with a last-minute reservation at the fantastic Dreams Hotel 2, which offered a quiet and comfortable room, sauna access to warm up from the chilly air, and a huge breakfast each morning. After checking in, it started pouring rain, so we decided to relax in our room and save the sightseeing for better weather.

This strategy paid off; the next day brought clear, sunny skies and we set off on a walking tour of the city. We started at the Da Lat Cathedral, a gingerbread style church built by the French; it certainly fits in with the Alps-like setting. 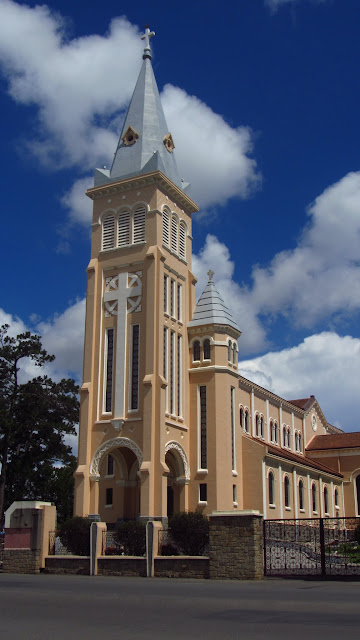 Next was the weird and wonderful Crazy House, also known as the Hằng Nga Guesthouse. This building is still a work-in-progress, started in 1990 by the daughter of a prominent politician and independence hero. The Crazy House is very reminiscent of Antonio Gaudi, employing complex, organic elements in a whimsical design. 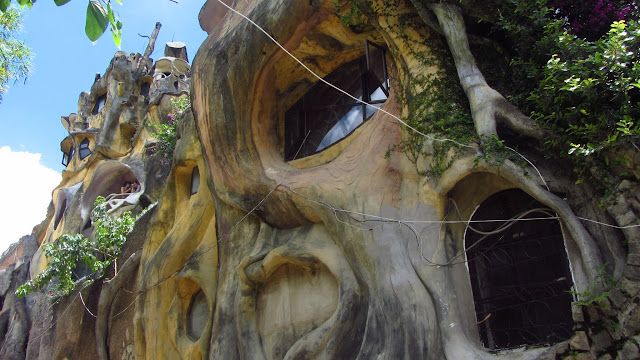 There are 10 guestrooms – each with its own theme – such as the the tiger room, the ant room, and the eagle room. Twisting staircases, hidden nooks, and all sorts of other oddities can be found all over the five story structure. 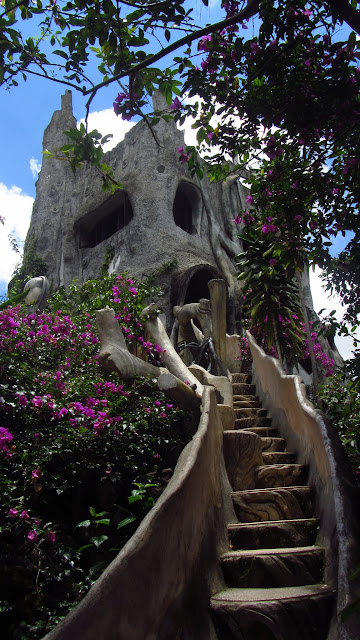 We had fun exploring this strange place and snapping pictures, but I wouldn’t want to stay there; it must be annoying to have a steady stream of tourists looking through the windows of your guestroom! 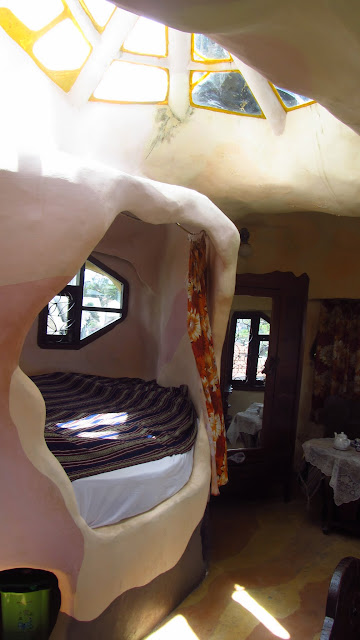 The last emperor of Vietnam, Bao Dai, was schooled in France and had a love of all things European. It should be no surprise that he spent a lot of time in Dalat and constructed three palaces here. We visited one of them – an Art Deco building from the 1920s containing much of the original decoration and furnishings. The palace was also surrounded by some very attractive flower gardens. 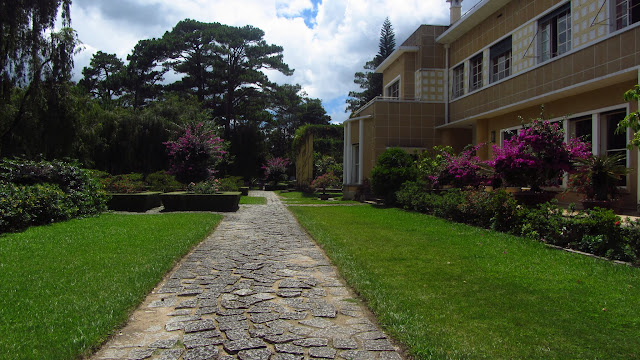 The cool mountain air in Dalat allows local farmers to grow many fruits, coffee, tea, and vegetables unsuited to the typical hot and humid Vietnamese climate. We enjoyed strolling through the colorful markets, watching the fast-paced action and sampling some of the produce. 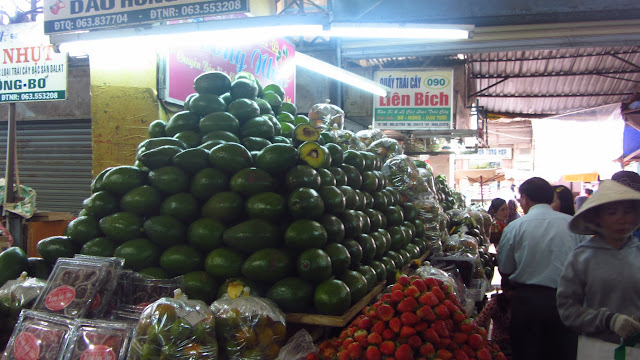 Most of the items were excellent, but we really wouldn’t recommend the wine. I guess there is a good reason you never hear about Vietnamese wines… 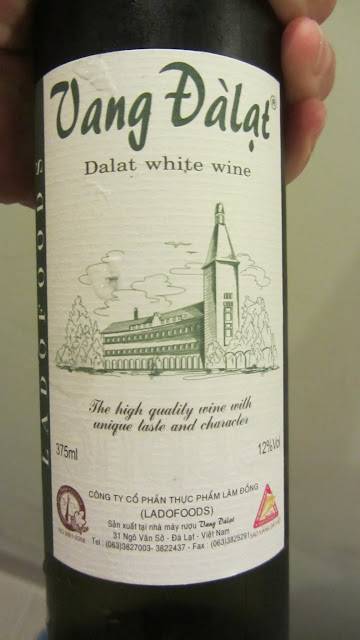 Refreshed from our relaxing stay in Dalat, we were ready to tackle the madness of Saigon…