We had booked a hotel in the scenic Old Quarter, and decided to take the cheap airport bus which would drop us at the edge of the district, about a 15-minute walk away. After a harrowing ride into the city, where we narrowly escaped death no less than three times, we were rushed off the bus and left to our own devices to navigate the criss-crossing chaotic streets of the Old Quarter. 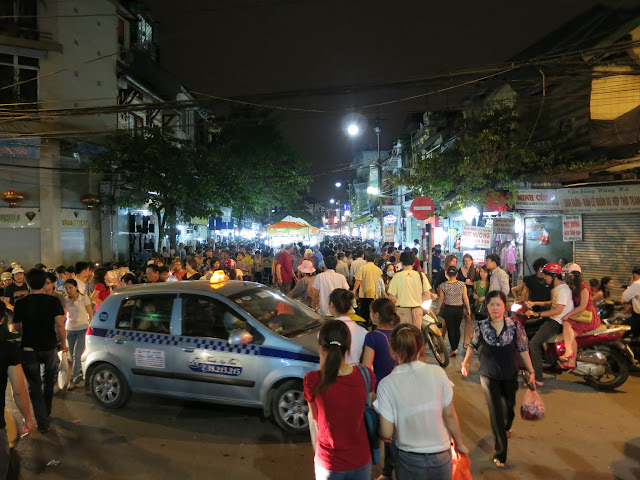 It was a bad introduction to the city. Hauling all our bags through the tiny streets packed with huge crowds of people, manic motorbikes, and merchants lining the sides was a challenge. Walking single file and following GPS directions on my phone, we were finally able to locate the hotel. Luckily, we were shown to a clean and quiet modern room, far removed from the madness on the streets below. 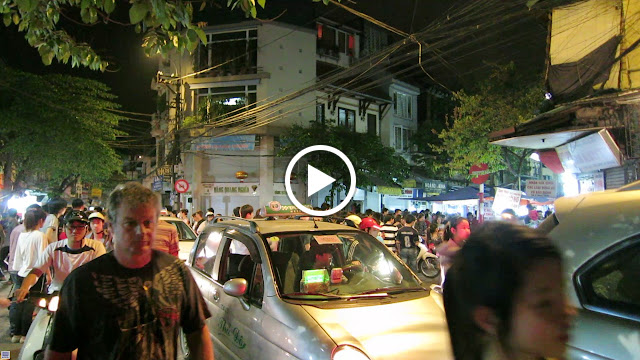 After decompressing in our cozy room for a little while, we ventured back out onto the streets to soak in the atmosphere of Vietnam’s buzzing capital city. With no sidewalks and a neverending stream of motorbike traffic clogging the streets, simply crossing the street here can be an adventure. Instead of fight all this craziness, we decided to dive head in, and grabbed tiny stools at one of the Bia Hoi corners. For the low, low price of $0.50 per big bottle of local beer, we had a front row seat for all the action unfolding on the streets. 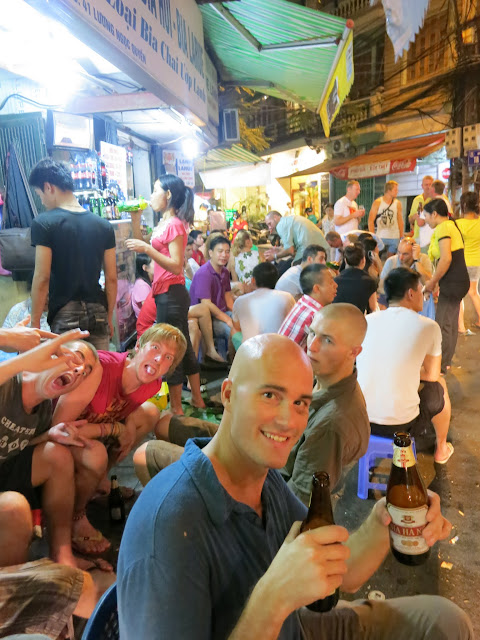 While Vietnam has been able to move on and prosper since the end of the war (unlike neighboring Laos), evidence of what is here called “The American War” can be found all over the city. We started our tour at the infamous Hanoi Hilton aka Hoa Loa Prison, located near the Old Quarter. 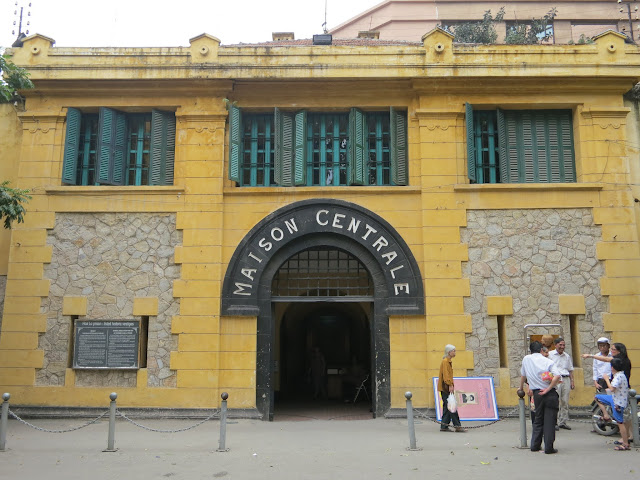 Hoa Loa was originally built by the French, and held a large number of political prisoners fighting for independence from the colonial rulers. The prison was notorious for its brutal executions, torture, and inhumane treatment. 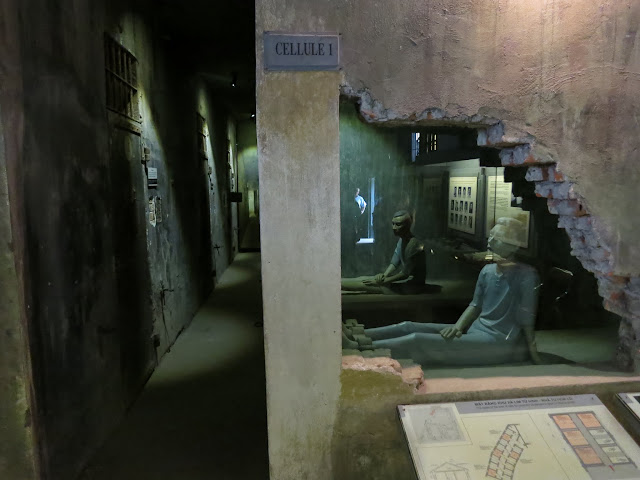 During the Vietnam War, American POWs were subjected to similarly deplorable conditions. But like many places in Vietnam, the propaganda machine was in full effect here. The museum claimed the POWs were not abused and while “the national economy was difficult, the Vietnamese government created the best living conditions for US pilots and they had a stable life during the temporary detention period”. 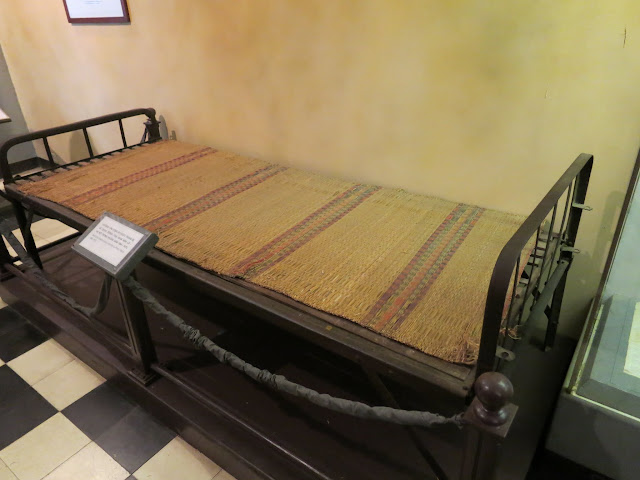 One of the prison’s most notable residents during this period was none other than US Senator and 2008 presidential candidate, John McCain. 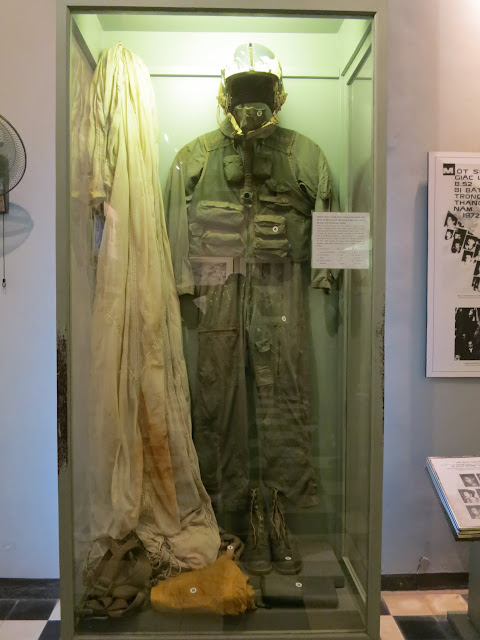 We spent the better part of the day checking out some other museums full of propaganda. In addition to the preposterous claims, there were also captured American planes, tanks, and weapons on display along with boobytraps and homemade weapons developed by Vietnamese guerrilla fighters. 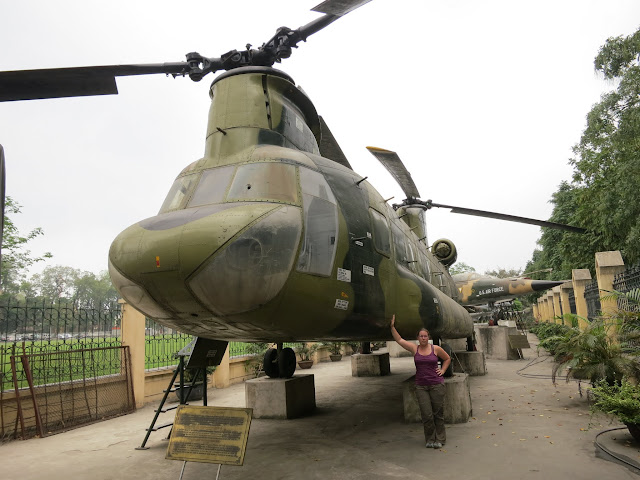 Of course, no visit to Hanoi would be complete without a visit to the Ho Chi Minh Mausoleum. We lined up early in the morning, waiting about an hour in the snaking line before shuffling into an ice cold room to view the leader’s embalmed remains. It all happened so fast and felt very surreal. We were shuffled along by guards and had to check in our cameras before entering. 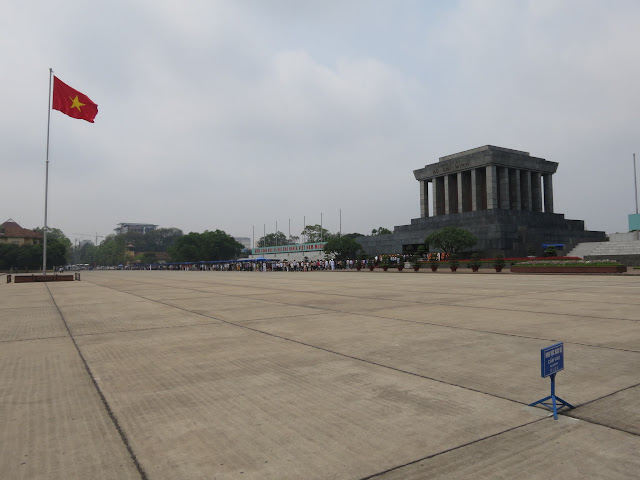 Every year, Uncle Ho is sent to Russia for a little two month “vacation” and supposedly comes back each time looking 10 years younger!

On the grounds of the adjoining Presidential Palace, we saw the small houses Ho Chi Minh lived and worked in. Ho never moved into the ornate Beaux-Arts palace built by the former French governor, preferring to reside in these more traditional humble buildings. 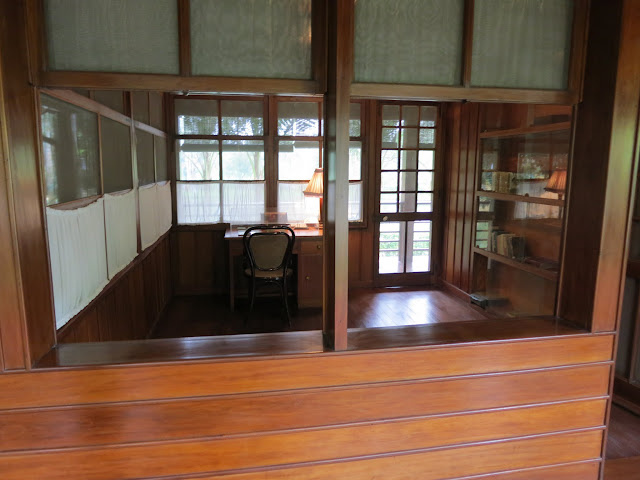 After checking out all the museums, sampling some excellent Vietnamese food, and wandering around Hanoi’s hectic streets, we were ready to move on. 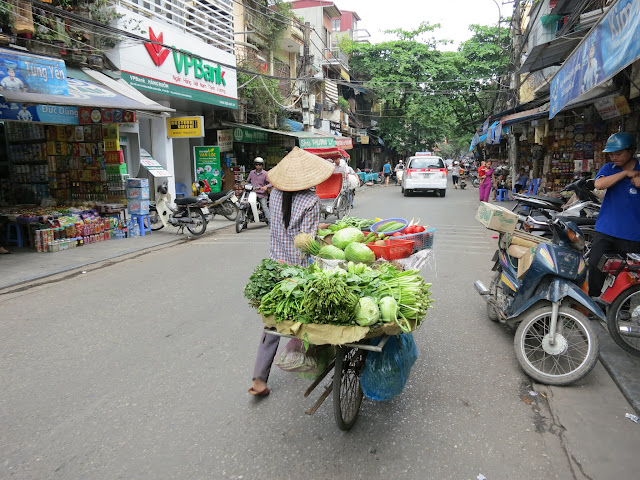 Following the well-worn tourist circuit, we continued our tour of this country with an overnight cruise of nearby Ha Long Bay.