In addition to the wine and Art Deco buildings, Napier also helped us to tick another prison off of our list. I’m not sure of the count of prisons we’ve visited thus far, but I’m guessing this is around number 10. Just outside of town, Napier’s Prison, built in 1862, is New Zealand’s oldest prison and was used up until 1993. It was soon decommissioned and in 2002, someone decided it would make a great hostel. (What a fantastic idea – we love this idea of turning something that used to be something else entirely into a hostel. We have even stayed in some bizarre ones! Don’t worry – we’ll be discussing those in future posts…) The prison was used as a hostel until 2007, but is now available for day visits, although I am sure you can stay for the night if you’re feeling brave.

You can tour the prison on your own or with an audio tour (available in 16 languages), but we recommend a guided tour, which is given twice daily by backpacker-type tourists looking to make some money. They are able to stay on the prison grounds and sleep in the old cells for free as a perk of their prison tour duties. 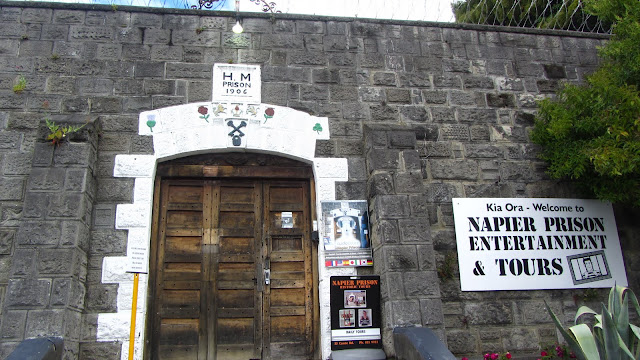 As we walked into the prison, we were greeted by Basil, the prison cat. Basil is said to now embody the spirit of one of the old inmates, and it seemed so to us, as well. She followed us around the entire time and knew exactly where to take us next. 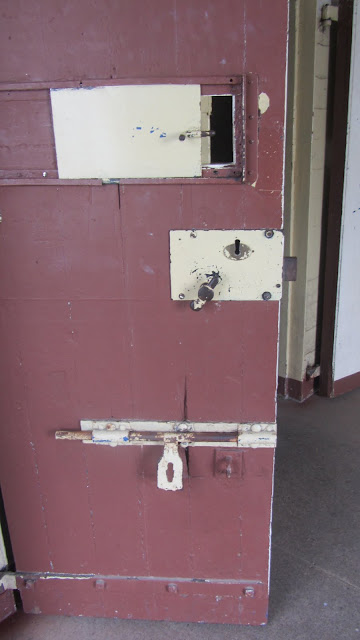 The evidence of the massive 1931 earthquake surrounds you as you explore the prison. The ceilings are twisted, the walls are warped, and the floors bear very visual evidence of the huge buckling that occurred underfoot that day. When we looked down one of the prison’s long halls, we couldn’t miss the obvious damage the earthquake did to this building and it was easy to see just how it could cause so much damage throughout the town. We later learned it is the only place in Napier where you can see the original path of the huge quake. 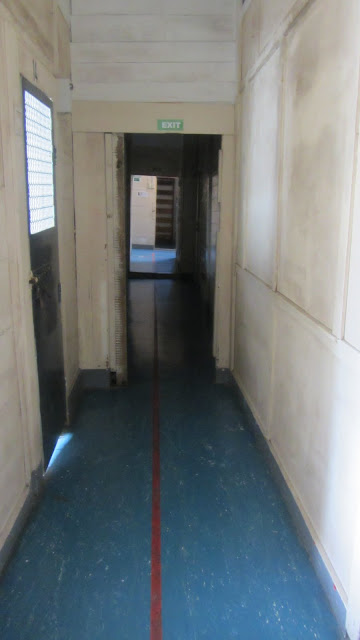 The huge prison wall that surrounds the place took two years to construct and was built entirely by prisoners. While doing time, the inmates passed the days by painting a huge mural on the wall of the courtyard. 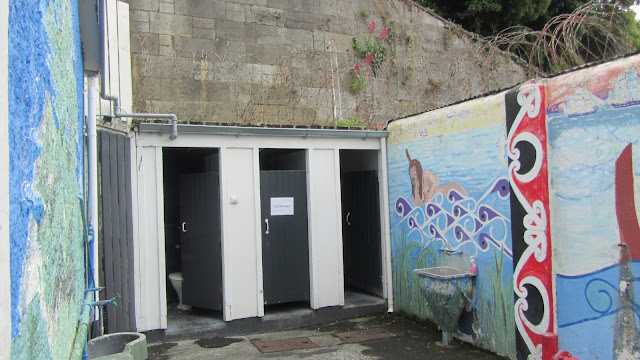 Cell walls also bear the drawings of inmates past, many of them gangmembers. Some of these old inmates have even recently expressed interest in retrieving them (weird!). 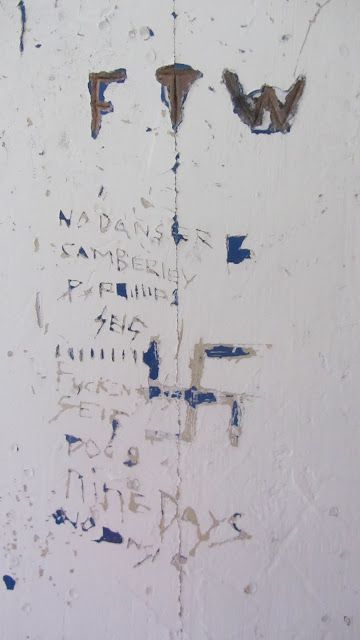 On the tour, we got to see the old toilets, the old kitchen, and even the site where two executed inmates are buried in the backyard. Four inmates were hanged in the prison. 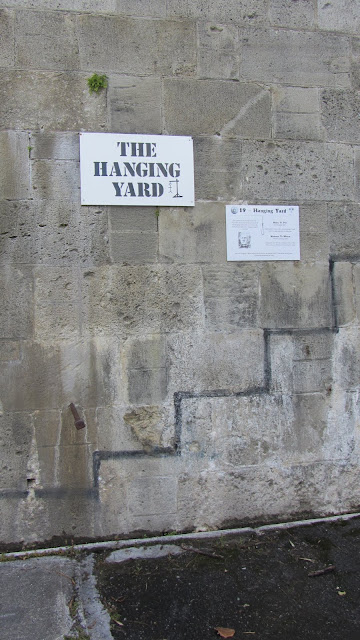 When word spread of an upcoming hanging, people would pay to watch the hangings from atop the prison walls, if they could afford to pay to attend. The place definitely has a bit of a creepy feel to it. As often happens with old prisons, it was also once an orphanage and even an insane asylum. More goosebumps… 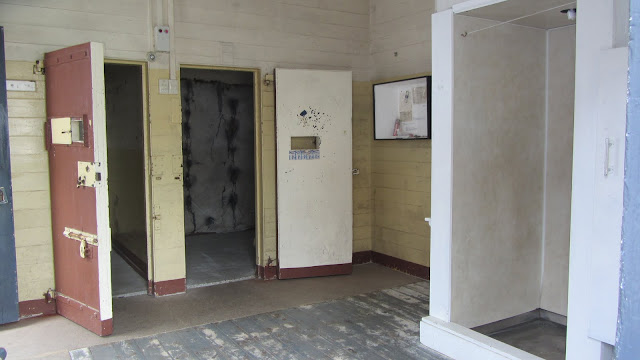 Napier Prison is said to be haunted by the ghosts of inmates past. Some of the tour guide residents also say they have seen floating faces, and heard unexplained footsteps and doors slamming. The television show Ghost Hunters International visited the prison in 2011 and “were not disappointed.” 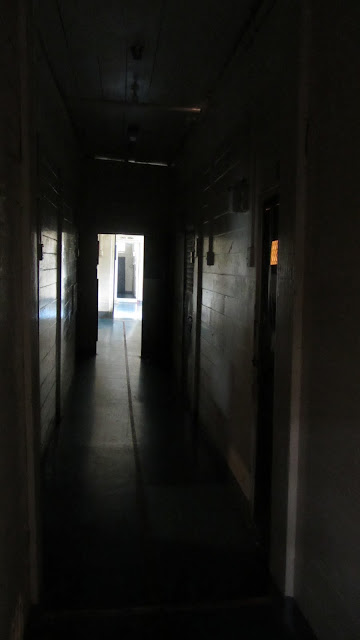 After exploring the prison, we were glad to be getting out, but not before taking some cool mugshots! 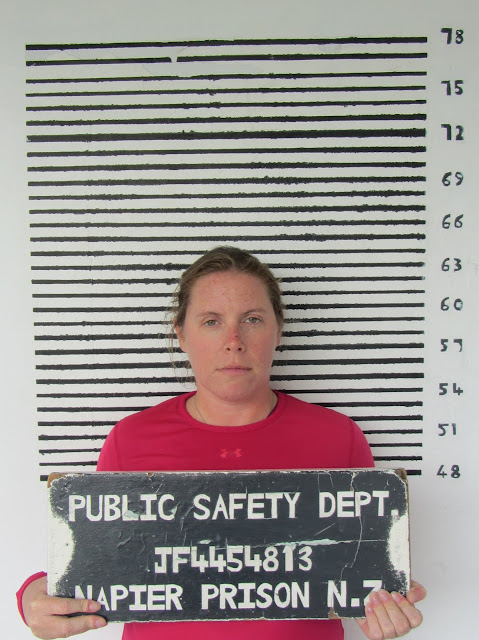