From Uyuni, it was a long haul across the border to Salta, Argentina. First, we caught a very uncomfortable overnight bus to the border town, Villazon. We arrived at 5am, all very groggy, only to find the Bolivian side of the border shut, but the Argentinian side open. Irritatingly, we needed an exit stamp from Bolivia, and had to wait another 2 hours for immigration agents to arrive. After finally stamping out of Bolivia, we walked across the border to country #11 – Argentina! 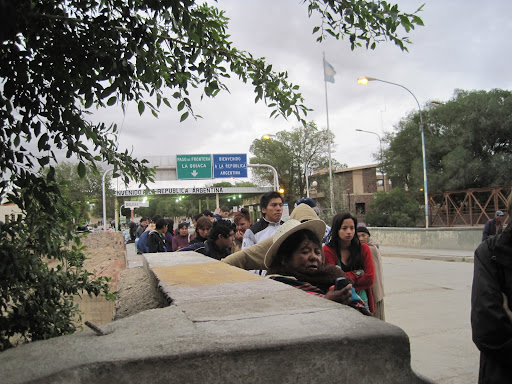 Crossing into Argentina from Bolivia is like going through a time machine back to the future. Since Bolivia is one of the poorest and least developed countries in Latin America, we had grown accustomed to dirt roads, broken-down buses, disgusting food, and basic living conditions. It was a bit of a shock to find ourselves back in a country where everything just…works. After a 7 hour ride on a comfortable bus over paved highways that looked just like the kind you would find at home, we arrived in the beautiful city of Salta. 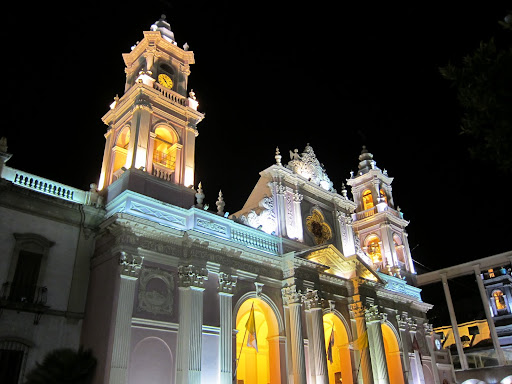 Instantly, we felt like we were in Europe, with the well-manicured parks, sidewalk cafes, nicely dressed people, and trendy restaurants. It was nice to be back in civilization.

Salta has become a major tourist destination, thanks to its well-preserved colonial architecture. We spent a good deal of time walking around the city, peeking into churches and admiring the buildings and plazas. 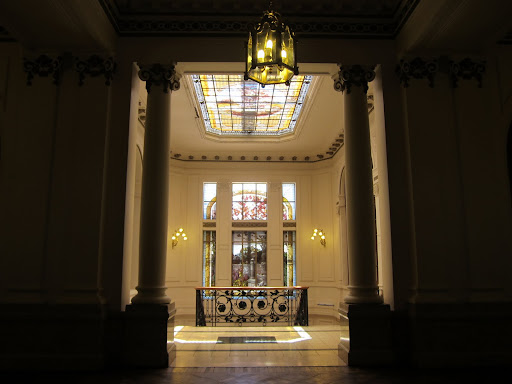 One evening we took a cable car (teleférico) up a nearby hill with a cheap bottle of delicious Argentinian wine. We had a fantastic view of the sun setting over the city below. 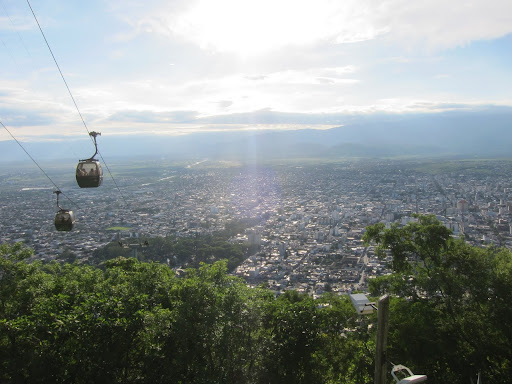 Another day, we took a local bus to the tony suburb of San Lorenzo, where we hiked around some of the beautiful lush hillsides surrounding the city. 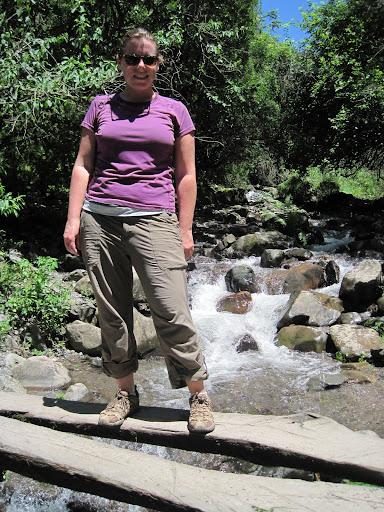 Finally, we really enjoyed the world-famous food in Salta. As we were now in Argentina, I tried a few steaks – they were all prepared simply on the grill, but delicious nonetheless. We both loved the empanadas al horno (baked, not fried). Supposedly, this region of Argentina makes the best empanadas in the country, and really they were phenomenal. 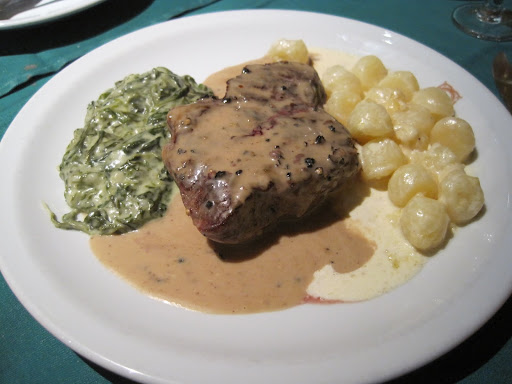 After all that delicious food, we were ready to pair it with some fine Argentinian wine. What better place to go than nearby wine-region Cafayate?