Our next stop after Valdivia, Chile took us across the border back into Argentina to a town we’d heard a lot about. Backpackers rave about Bariloche as its stunning landscapes and nature provide a spectacular backdrop for hiking, camping, fishing, cycling, horseriding, kayaking, skiing and paragliding. We were looking forward to soaking up the views in this gorgeous environment. The border crossing back into Argentina was nowhere near as intense as the one into Chile. After a minor wait at the border exiting Chile, we had a strangely long drive to the Customs and Immigration office on the Argentinian side. Usually the border offices between countries are just a bridge away. This was a good 1 1/2 hour drive between the two. Erik had thought the Customs process would be as strict as it was when crossing into Chile (not allowing any fresh produce to enter the country), but this crossing was rather mild. I could have kept my garlic after all! 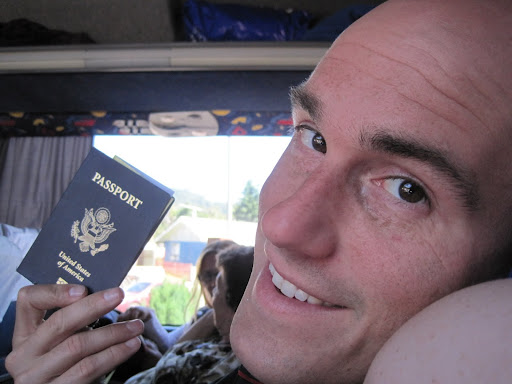 Arriving in Bariloche, we felt like we were entering Lake Tahoe. Much of the town features log cabins and rustic homes built to highlight the gorgeous views of Lake Nahuel Huapi. Since this town is so expensive, we checked into the hostel dorm room. We prefer private rooms, but as we go deeper into Patagonia, prices are becoming too high to get a private room. 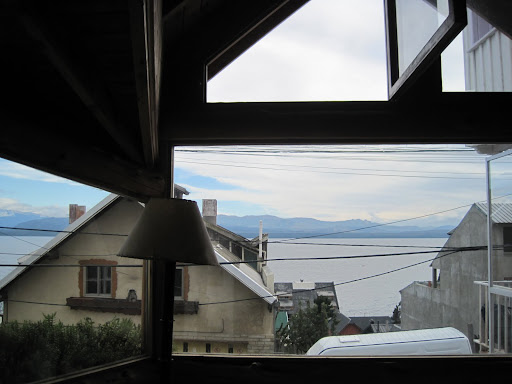 We were starving and wound up eating at Cocodrilo’s, an uninspiring and expensive pizza place right off the main square. As we were sitting at an outside table, we saw a man run in front of an oncoming car. The car screeched to a halt and practically smashed into him. I had no idea what was going on. Then, we see a group of people running down after him screaming “Policia, Policia!!!” They were screaming for the police because a woman just had her purse stolen by the man who ran in front of the car trying to get away. It was a bit unnerving in such a quaint, touristy town. 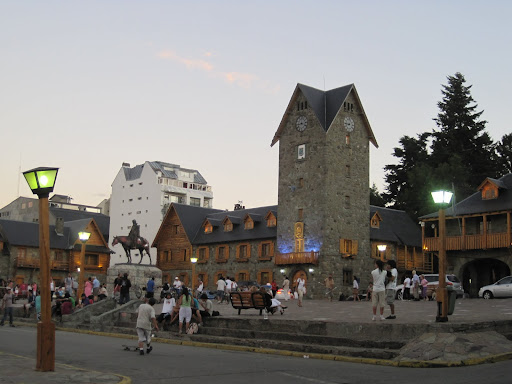 Because of its Swiss-like atmosphere, with rolling lush green hills and crisp turquoise lakes, Bariloche has become home to Colonial Suisa, a small colony of Swiss immigrants who have settled in the hills just outside of town. This place is also home to probably the most number of chocolate shops I have ever seen in one town. As you walk along the main street, you will walk past about 30 boutique chocolate shops, each one smelling better than the last. We actually went to the local Chocolate Museum, where we learned the history of the chocolate and how it spread across the world. It was interesting to see these huge barrels of chocolate and learn about its production. Of course, we were happy to sample some, as well! 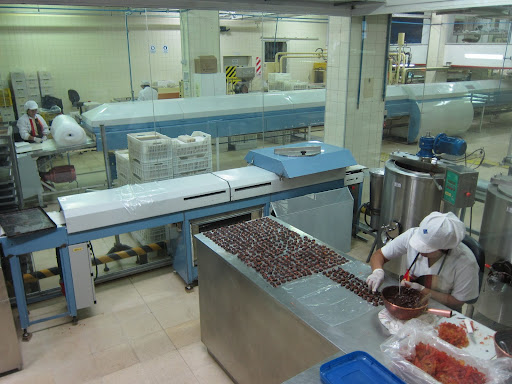 The main attraction in town is the picturesque lakes and snow-capped mountains that dominate the area. We decided to take a daytrip through the Circuito Chico, a 60 km route through the lakes and mountains. We started with a chairlift ride up Cerro Campanario. This is the most spectacular panoramic view I have ever seen in my life. At the top, you are surrounded by gorgeous lakes and mountains in the most vibrant colors that exist in this world. The weather was perfect and we could see for miles. Just beautiful. We soaked up the views all around and took advantage of the perfect photo-ops. 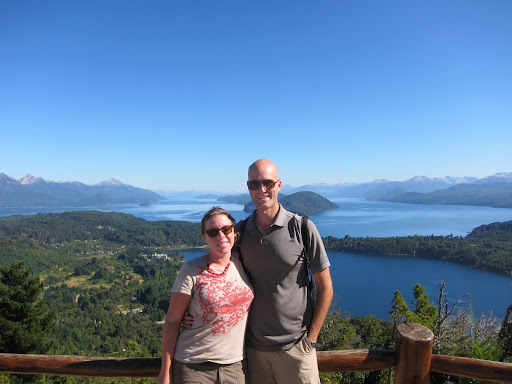 Then, we drove past some nice beaches on the lake, the Colonial Suisa, and a famous old luxury hotel sitting atop a hill. This area is jaw-droppingly gorgeous and the setting seemed like the backdrop of a movie. 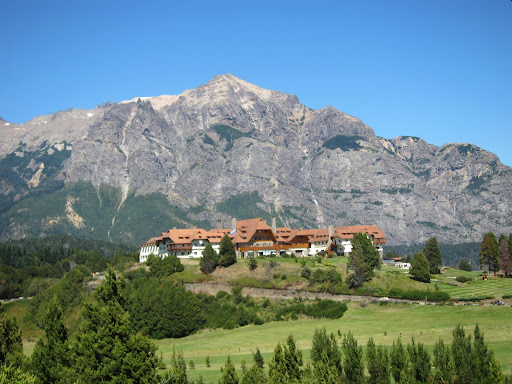 Erik and I took another chairlift to the top of Cerro Viejo which afforded more great views, and also gave us the chance to come down the mountain in a toboggan! There is a cement track and plastic sleds (with brakes) that we used to ride back down the mountain. It was a blast! 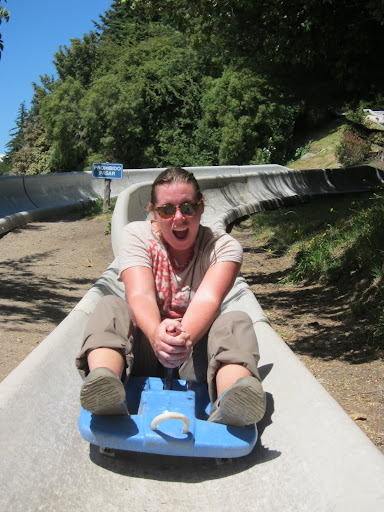 Although the beach closest to town is a bit rocky (I even saw one woman cut herself on a rock leaving a huge gash in her foot), with flip flops, it was fine. The water is clear and crisp and the perfect refreshing temperature on a hot sunny day. 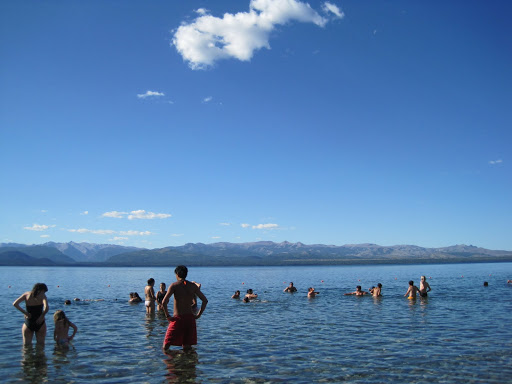 We also visited the Cerro Leones volcano. Located about 30 minutes from town, this old volcano and its caves were home to ancient aborigine communities who lived there over 8,000 years ago. It was interesting to see these caves, especially the ancient drawings on the cave walls. (Although, it wasn’t so cool when the bus back was over an hour late and nearly caused us to miss our overnight bus to our next stop!!!) 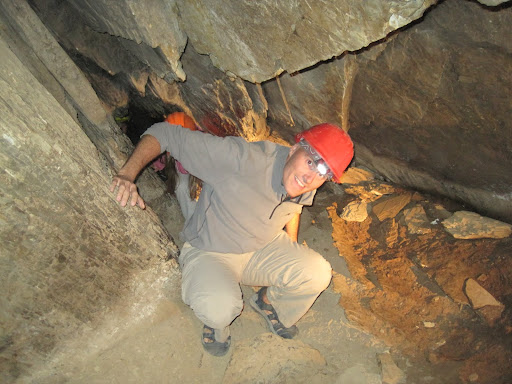 Although we didn’t really partake in all of the adventure sports in the area, we thoroughly enjoyed the pristine views of the lakes and relaxing in one of the most gorgeous lake districts I’ve ever seen.