Most tourists come to Agra to visit the magnificent Taj Mahal, but there’s another attraction in this city worth a visit – the Agra Fort.

Having gotten an early start at the Taj Mahal in order to see the sunrise over this Mughal masterpiece, I had the rest of the day to explore Agra. I had been warned again and again that Agra is an awful, disgusting city, and I really was prepared for the worst. Many people come only for the day (a 3-4hr trip from Delhi), tick off The Taj and head straight back. I was in no rush, and decided to spend 2 nights in Agra, meaning I had a lot of time to kill.

The Agra Fort sits high on a hill, due west of the Taj Mahal. While India has a lot of forts and palaces, the Agra Fort is certainly one of the most important and impressive. It was from here that the Mughals ruled their kingdom until the 1600s, when the capital was moved to Delhi and the Red Fort. 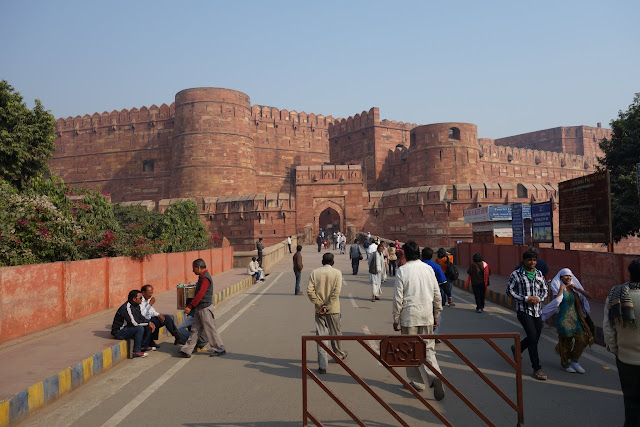 After pulling up to the front gates in an auto-rickshaw, I snapped a few photos and picked up the audio tour. Unlike the Taj, there didn’t seem to be a lot of tourists here, and a number of locals and schoolchildren crowded around me, asking questions and taking photos. If you are ever curious what it’s like to live like a celebrity, just visit India! 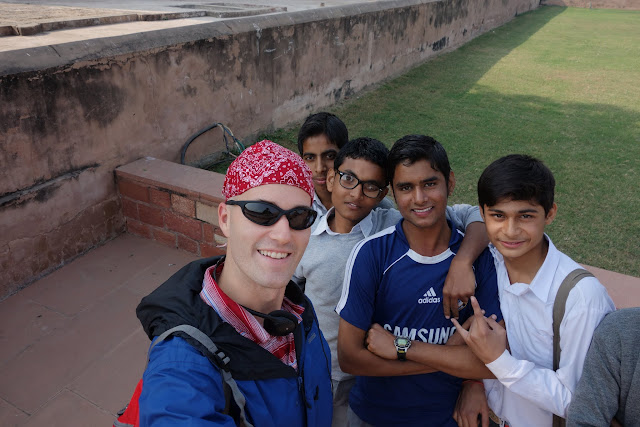 The audio tour brought me to buildings and ruins inside the fort, highlighting more than 1,000 years of history. I admired the geometric patterns carved into the beautiful red sandstone. 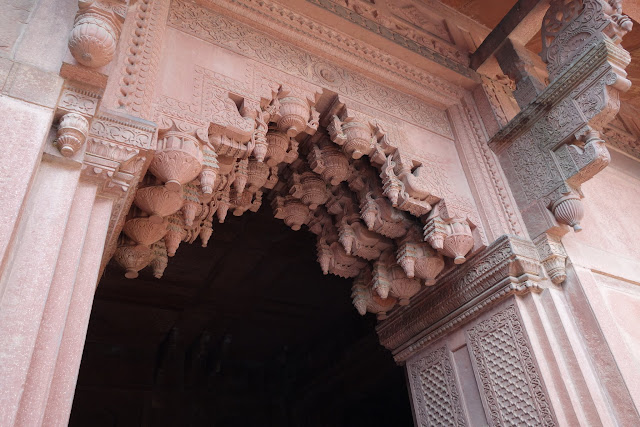 Deep inside the fort, I shuffled around the grand marble buildings built by Shah Jahan – the same emperor that built the Taj Mahal. Looking through the windows here, you can see the Taj poised on the banks of the Yamuna river. As is typical of the Mughals, Shah Jahan’s own sons violently fought each other for control of his kingdom. After his son Aurangzeb deposed him, Shah Jahan was held captive here in the Agra Fort, left to stare out at the iconic memorial he built for his beloved wife. 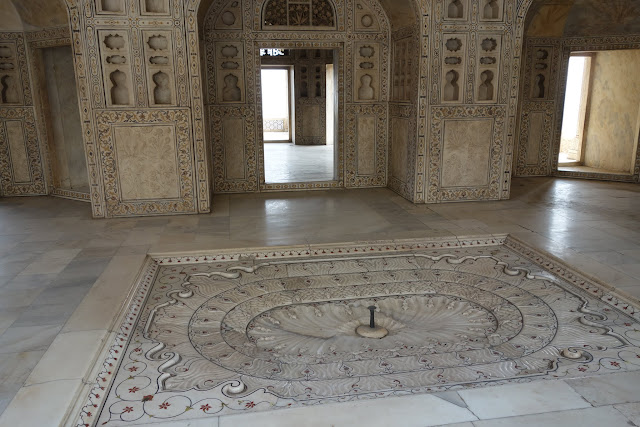 I enjoyed wandering around the fort and admiring the fantastic architecture and learning more about the history through the audio tour. 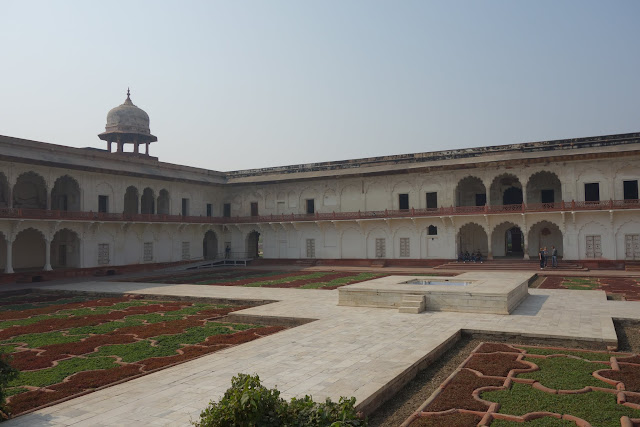 After a couple of hours in the fort, I was starting to feel pretty tired. It had been an early day, rising before dawn to check out the Taj Mahal. Hoping to get a few additional hours of sleep, I headed back to my hotel.