While we are very fond of the breathtaking skyscrapers towering over Manhattan Island in our native New York, we both agreed Hong Kong truly deserves the award for World’s Best Skyline. Hemmed in by impressive mountain peaks and the waters of Victoria Harbour, the highrise buildings of this city have a setting like no other. And don’t just take our word for it – Hong Kong is routinely ranked as the world’s most attractive skyline topping places like Singapore, Dubai, and even The Big Apple.

One of the best places to admire this skyline is at the top of the 552m (1,800 ft) Victoria Peak – the highest mountain on Hong Kong Island. Home to some of the areas most expensive real estate, the view from up here is nothing short of spectacular. 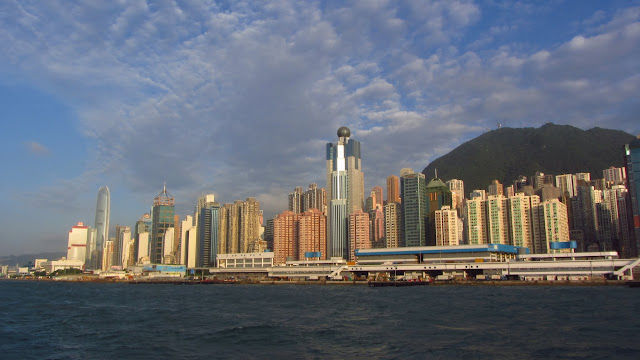 We took the Peak Tram – a long funicular railway – from Central to the top of Victoria Peak. This tram dates back to the late 1800s and was the first mechanized transport in the city. 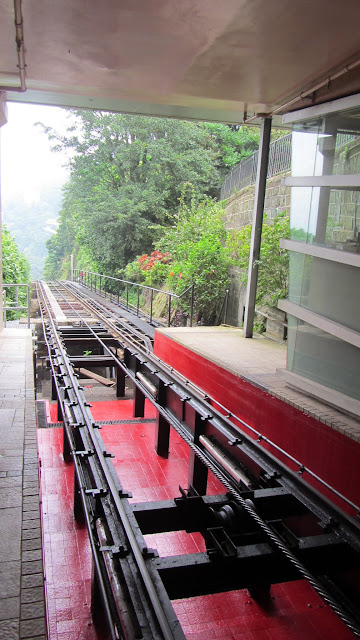 As the tram steadily climbed the mountain and rounded a few corners, we ascended above the surrounding skyscrapers and got our first glimpse of the world-famous view. 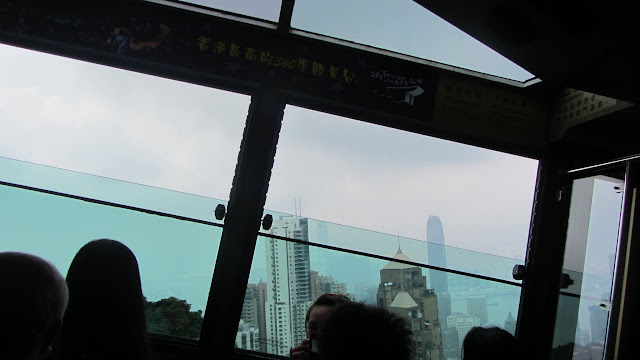 Sadly, it was a little overcast, limiting the ability to see any great distance. Still, we had a clear view to the main attraction – the densely populated cityscape filled with skyscrapers that felt so close that you couldn’t almost reach out and touch them. 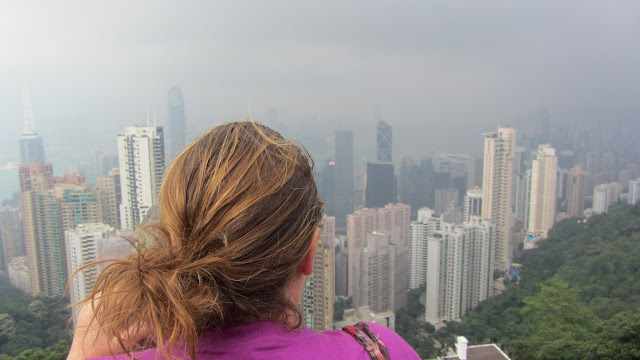 At nighttime, the buildings come alive with flashing lights and lasers. The best place to see this is on the other side of the harbour along the Avenue of Stars, Tsim Sha Tsui, Kowloon. 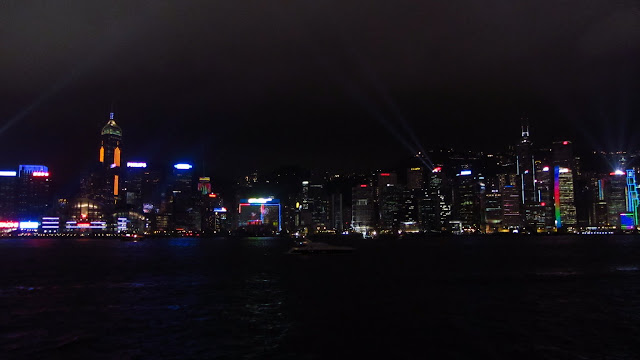 Each evening, thousands of people line the waterfront here to watch a 14-minute synchronized sound and light show called The Symphony of Lights. During the show, more than 40 buildings light up in dazzling multi-colored patterns, moving in time to the music. 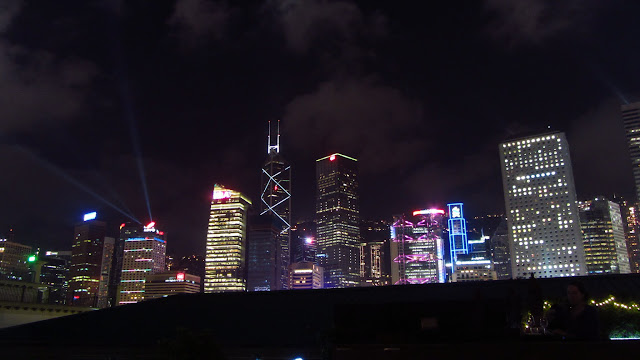 While the music was a little cheesy, we still loved The Symphony of Lights and went out of our way to try and see this spectacle each night at 8pm.

Wouldn’t it be neat if New York City could organize something like this? Just recently, a new multicolored LED lighting system was installed atop the Empire State Building. While there is no regular nightly show, they routinely dazzle us with the new system – most impressively during the inauguration with Alicia Keys.