When we set out on this trip 10 months ago, I had never stayed in a hostel before. I must admit I had some rather serious concerns about hostels, but I really didn’t know what they actually are and how they operate. Erik had stayed in hostels several times while travelling Europe and Asia and even in the US, but this would be my first time.

Before we left, a friend of mine asked me if I had seen the movie “Hostel.” I hadn’t and I probably won’t until after our travels. But apparently, it’s about a horrible incident in a hostel. This is a common stereotype about hostels. Dirty, loud, run-down shacks that will give you some kind of disease, or worse.

What is a hostel, anyway?

A hostel is a budget-friendly accommodation that usually offers a social atmosphere, information for travellers and sometimes a free breakfast. Some hostels only have dormitories (shared bedrooms with 4-16 bunkbeds per room), but some have private rooms, as well. There is usually a common area or two, a living room with a TV and DVDs, and a computer room, usually with free internet. Hostels might even have pools, barbeques, hammocks, a book exchange, information on tours in the area and if you’re lucky a kitchen. 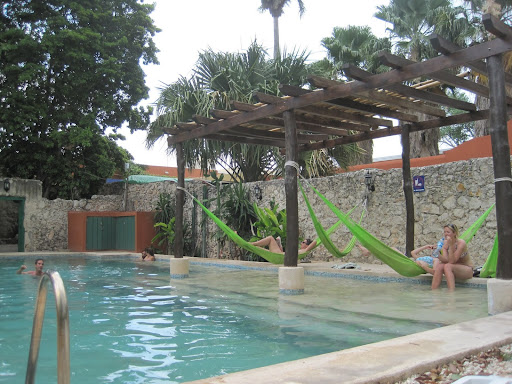 How We Choose a Hostel

For the majority of this trip, we’ve found a hostel after landing in a new town. Before arriving in a new place, we consult out guidebooks (for South America we’ve used both Lonely Planet and Footprint), Hostelworld (how we book most of our hostels), Hostelbookers, TripAdvisor reviews and Wikitravel for hostel suggestions. Usually we’ll do a bit of research and read other travellers’ reviews so we have some ideas of where to stay. Also, we get great tips from other travellers on which hostels are fantastic and which to avoid.

Our preference is to stay in private rooms, which is sometimes a bit more pricey than staying in dorms, but it often works out to be about the same price.

What We Look For in a Hostel

Location
It’s always a plus when a hostel is close to the action. The town center or the cool part of town is often where we try to stay. Obviously, a safe area is very important to us, as well. 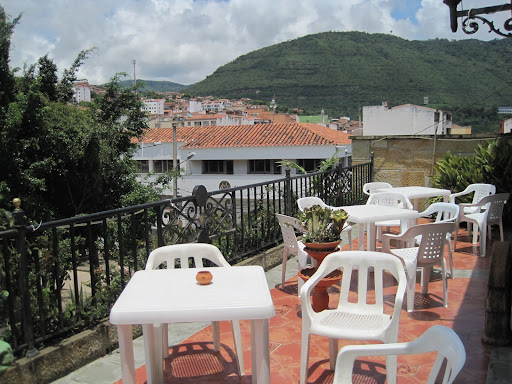 Good Reputation
Like I said, this part is key. Is it clean, quiet, safe? These things are easy to get an idea about online and also from backpackers we meet along the way.

Kitchen Access
We usually try to stay in a hostel with a kitchen. Eating out is so expensive. So we often like to hit the grocery store and cook as many meals as we can that way to save money. After all, we are on this trip to see the world, not to bust our budget by eating at a fancy restaurant. 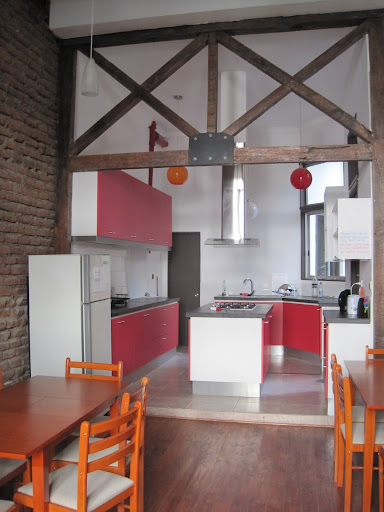 Value for Money
Hostels are much more budget-friendly than hotels. Rooms are cheaper without a bathroom. Although it’s sometimes a drag (especially in countries like Bolivia, when one of us was usually suffering some kind of stomach ailment on any given day), shared bathrooms are usually not that bad. You get used to it after a while. Is breakfast included? Many times it is (sometimes even with eggs!). Do they have free WiFi internet? This is essential for Erik on the days he works, to keep up with our blog, and just keep in touch with family and friends via Skype and Facebook. Every little perk matters when choosing a place to stay.

Budget friendly
We have sometimes gotten private rooms in beautiful riverside cabins for $9 or in capital cites like La Paz, Bolivia for just $10 a night! 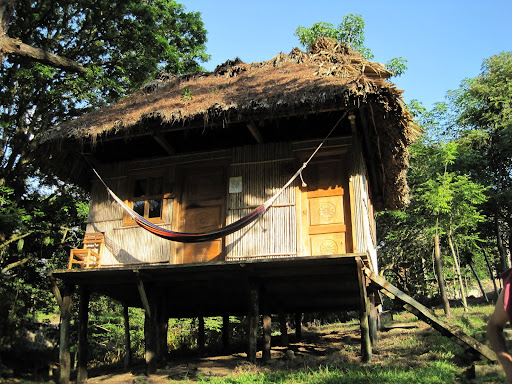 Information
Many hostels book tours right from the reception desk. Hostel staff will usually be happy to help you figure out what to do in town, what you should see, what you can miss and even where to get a great pizza without busting your daily budget.

Meeting New People
The hostel life makes it very easy to meet new people. When you share a bathroom or cook alongside someone for a day or two, it’s only natural to strike up a conversation. Not only is this fun, but it’s also valuable to swap stories on hostels and information on places from backpackers who have already been where we are going. Some hostels organize social events, like barbeques or a theme night, which is nice, especially for solo travellers. Hostels aren’t only for young people. We’ve met older couples and even families in hostels. 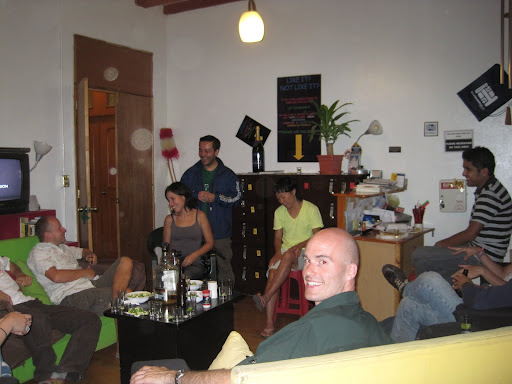 Noise
Hostels are often full to capacity with young travellers. Guests will often stay out till 6am and then continue the party back in the common area (which your room may open out to) or the room next door. I am a very light sleeper, and thought this might change once we were on the road and staying in hostels. But, no such luck. My earplugs and eyemask can only block out so much sound and light. A hostel in Playa del Carmen was located smack in the middle of the nightlife zone. Loud music blasted till 4am and the thumping walls kept us up all night. Our hostel in Salta was loud, as well, and when we got up for an early bus out of town, people were still drinking beer in the lobby at 6:30am.

Cleanliness
Sharing common spaces lends itself to a lack of cleanliness. Some hostels are very clean and spotless. But, some look like they haven’t been cleaned in months. One place we stayed in in Cahuita, Costa Rica advertised that they had a kitchen. But, when we went to go cook dinner, the burners did not work, the microwave was filthy and also didn’t work. The pots were disgusting and caked on with grease. After we gave up on that, as we left the kitchen we saw a frog under the counter and a huge cockroach, as well. 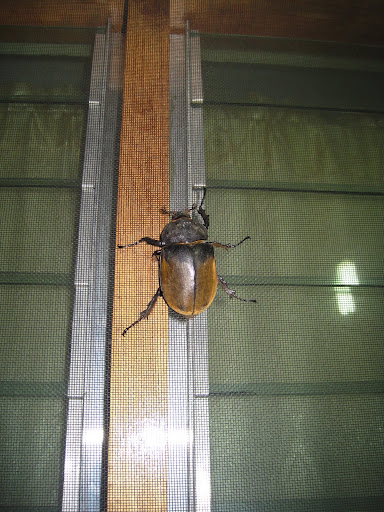 After staying in hostels for 10 months, I’ve realized they’re not all that bad. Staff and guests are usually friendly and when I look at my Facebook friend list, I must have added 50 or more people that we’ve met along the way. When you take your next trip and are looking for a budget-friendly option, consider staying in a hostel. It’s fun, budget-friendly, informative, and you might even leave with a new book.